The Rundown: A Writer-Director Clash; The Mandalorian Rules All Franchises; R.I.P. David Prowse 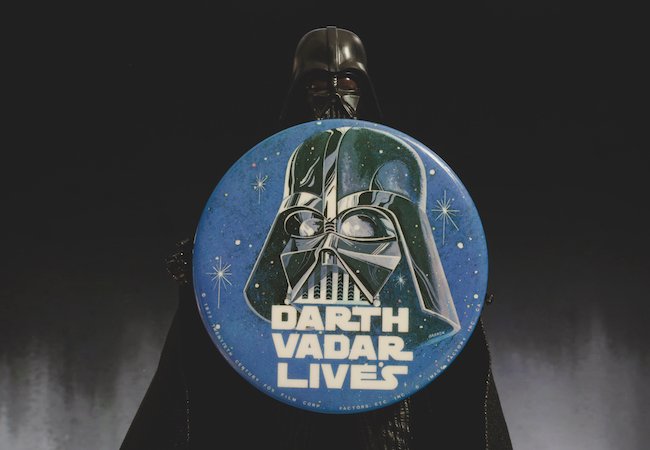 In today’s Movie News Rundown: R.I.P to Darth Vader actor David Prowse; The Mandalorian rules all other franchises; and behind the scenes of a writer-director clash — and producers’ attempts to navigate it. Plus: What a key grip does (which of course you know, but just in case you want to forward this to anyone else… )

R.I.P., My Lord: David Prowse, the British bodybuilder and actor who gave Darth Vader his foreboding physicality, as James Earl Jones provided his voice, has died at 85. “David brought a physicality to Darth Vader that was essential for the character,” George Lucas said in a statement. “He made Vader leap off the page and on to the big screen, with an imposing stature and movement performance to match the intensity and undercurrent of Vader’s presence. David was up for anything and contributed to the success of what would become a memorable, tragic figure. May he rest in peace.”

Uh-Oh: The StudioFest competition started two years ago with a simple premise: Choose one great director and one great writer to collaborate on a $50,000 budget film. It went great the first year, when StudioFest completed the award-winning Souvenirs and scored a distribution deal. The second year? More complicated. In a riveting episode of their series Demystified, the StudioFest team pulls back the curtain on a writer-director clash:

Fresh Blood: The top four franchises, in ascending order, are The Mandalorian, Avengers, Stranger Things, and John Wick, according to a a new survey from the National Research Group, as reported by Variety. It’s interesting and weird that they think of it as The Mandalorian franchise rather than the Star Wars franchise, but I guess The Mandalorian is that good. While the top spots are occupied by decades-old intellectual property, it’s very encouraging for the industry that Stranger Things is only four years old, and John Wick is just six years old — and both are new IP, not based on any pre-existing material. Also notable: The top 20 is rounded out by several members of the Avengers.

Rosario Dawson: Speaking of the top franchise… Rosario Dawson talks to Vanity Fair about her transformation into fan-favorite Ahsoka Tano in the latest episode of The Mandalorian. She also reveals that she’s in the background of that viral photo of George Lucas holding Baby Yoda… I mean Grogu.

Justice for Donut King: The excellent doc from Alice Gu about Cambodian refugee-turned-donut magnate Ted Ngoy has reached overseas deals with Vice, Sky, and more, ensuring that it will get the vast global audience it deserves. Deadline has the details. We put The Donut King on our list of Documentaries that Deserve Distribution earlier this year and can’t wait for people around the world to see it.

What a Key Grip Does: No Film School explains.