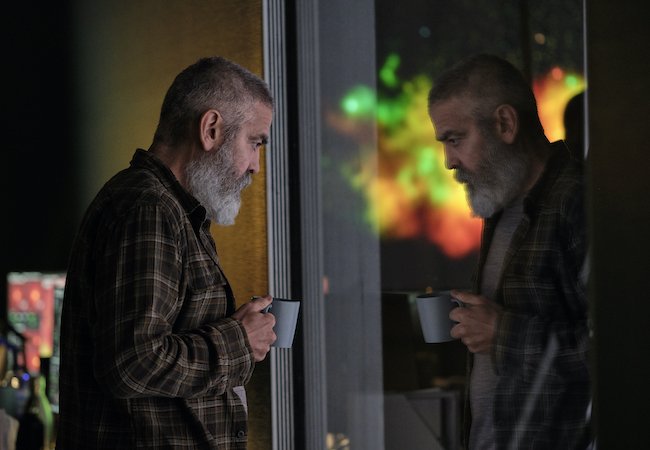 In today’s Movie News Rundown: George Clooney has lovely insights on acting; Sean Durkin finally returns with The Nest; Kirsten Johnson wins accolades for repeatedly killing her dad. Plus: Your ticket to watch free, secret movies this week with the Cucalorus Film Festival.

Writing The Nest: Sean Durkin, whose debut film was 2011’s spectacular and chilling Martha Marcy May Marlene, is back this week with The Nest, starring Jude Law and Carrie Coon as parents trying to hold it together after a move to England. The Shining was an influence. In this piece, Durkin writes about how he found a positive, relatively painless way to write — and didn’t use it for The Nest.

Dick Johnson Is Thriving: The Critics Choice Documentary Awards named Dick Johnson Is Dead the best documentary feature, and Kirsten Johnson as best director for her work on the film. Here she is talking about how (and why) she imagined her father dying, again and again, for the wild Netflix doc. My Octopus Teacher won best cinematography and best science/nature documentary.

‘Is It Snowing?’: In a great new GQ profile, George Clooney shares what he’s learned about acting — explaining that actors often start out overacting, then “underplay everything,” and ultimately learn to express a point of view with even small lines like, “Is it snowing?” He also talks about the advice he got from Steven Spielberg, early on, to stop moving his head so much.

Keep It Like a Secret: One way the Cucalorus Film Festival, now underway, is staying vibrant is with screenings “that are ready to titillate, offend, and hopefully both.” The festival warns: “Expect some sex, horror, always bizarre thrills, and perhaps special guests.” You can watch the one tonight right here. You can also listen to me talk with Cucalorus chief instigator Dan Brawley and Aaron Hillis, who curates and hosts the screenings, on the latest MovieMaker Interviews, available on Apple or Spotify or here (if for no other reason, at least click on it to hear me explain what “cucalorus” means):

Rabbit Hole: Listening to the episode above just might start you down an internet rabbit hole, specifically about L.A. Rebellion filmmaker Jamaa Fanaka and Cannon Films. Fortunately, if you click on those links, you’ll find episodes of Dan Delgado’s The Industry podcast about exactly those subjects.

Main image, above: George Clooney as Augustine in his new film The Midnight Sky. Photo by Philippe Antonello, courtesy of Netflix.