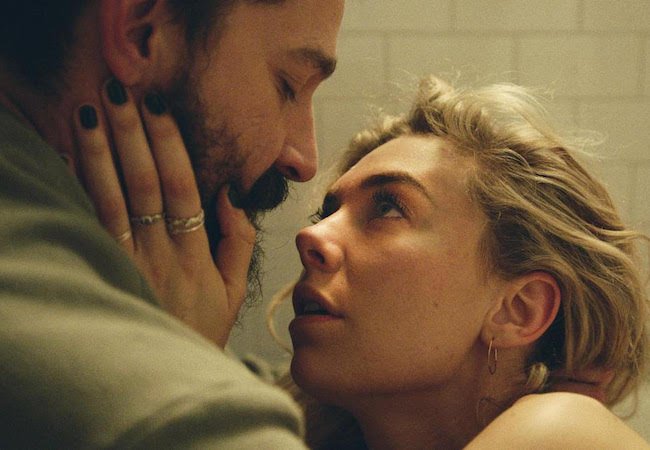 In today’s Movie News Rundown: Advice from Martin Scorsese on his 78th birthday; Quentin Tarantino turns a film into a novel and Bret Easton Ellis turns a novel into a podcast; the brand-new trailer for the devastating Vanessa Kirby drama Pieces of a Woman, which Scorsese executive produced.

Happy Birthday Martin Scorsese: The great one is 78 today. Here’s his Things I’ve Learned as a MovieMaker.

History: The Hollywood Reporter notes that Universal has agreed with Cinemark Entertainment, the country’s third-largest theater chain, to shorten the theatrical window for its U.S. films — “even after the pandemic ends.” The deal calls for any Universal movie opening to $50 million or more to be made available for home screening 31 days after it debuts in theaters. Films that don’t open to $50 million will be available after 17 days. Universal struck a similar deal with AMC Entertainment, the U.S.’s largest theater chain, in April.

Novelist: Quentin Tarantino has often said he may write novels after completing his tenth and final film, and now he’s on his way. Deadline says he signed a two-book deal with HarperCollins, first to novelize Once Upon a Time… in Hollywood, and then to write the nonfiction Cinema Speculation, which the publisher calls a “deep dive into the movies of the 1970’s, a rich mix of essays, reviews, personal writing, and tantalizing ‘what if’s,’ from one of cinema’s most celebrated filmmakers, and its most devoted fan.”

Serial Killer, Serialized: American Psycho author Bret Easton Ellis wonders often on his podcast about the future of movies, and whether there’s any hope of relevancy for the poor, forgotten novel. He may have found it. Ellis is reading his new novel-memoir, working title The Shards, in installments on his podcast. I say “novel-memoir” because while Ellis says everything in the story happened to him and his friends in 1981, it’s hard to tell. Intertwined with his story of a high school serial killer is a twisty commentary on our Internet-addled struggle to know what’s true.

Worlds Collide: Here’s Bret Easton Ellis interviewing Quentin Tarantino in 2015 for the New York Times. They talk a lot about Pauline Kael, who will no doubt come up a lot in the second of the two Tarantino books.

Pieces of a Woman Trailer: Here’s the just-released trailer for the devastating new Vanessa Kirby-Shia LaBeouf drama from Kornél Mundruczó, executive produced by Scorsese. I won’t spoil anything. Pieces of Woman arrives in theaters Dec. 30 and on Netflix Jan. 7.

More Scorsese: Here’s our MovieMaker Interviews conversation with Made Men: The Story of Goodfellas author Glenn Kenny, on Apple or Spotify or right here.

Twentieth Century: And now for something completely different. The Twentieth Century, out this week in virtual cinemas, imagines the life of former Canadian Prime Minister Mackenzie King with a mix of German Expressionism and early Hollywood fanfare, exuberantly colorized. The film by Matthew Rankin also imagines that King had an unusual fetish, as this exclusive clip illustrates. (You can read more about the film here.)

Main image, above: Shia LaBeouf and Vanessa Kirby in Pieces of a Woman.