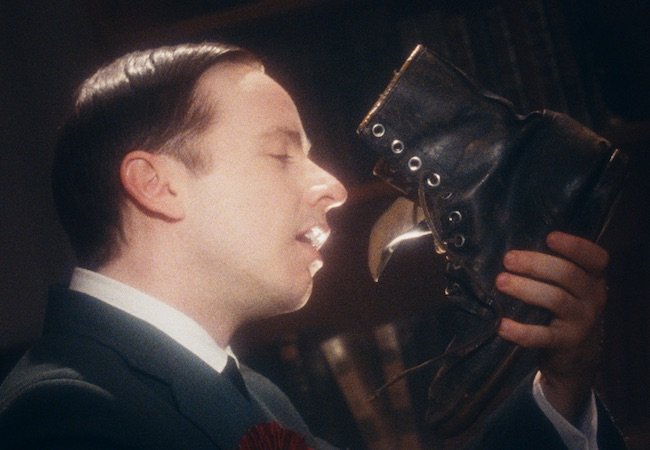 The Twentieth Century, out this week, is a delirious reimagining of the life of former Canadian Prime Minister William Lyon Mackenzie King, for whom no evidence of a shoe fetish exists.

Nonetheless, that imagined fetish is a key plot point in the dazzlingly experimental film by Matthew Rankin, which imagines a young King (Dan Beirne) as a self-serious, ramrod-straight politician on the cusp of 1900. He has high hopes, but they are imperiled by his divided affections for a British soldier and a French nurse — and his secret, shameful obsession.

The first thing you’ll notice about the film is its curious film stock and coloration, which recall German Expressionism and pre-code Hollywood. It’s a little bit Buster Keaton, a little bit Fritz Lang’s Metropolis — perhaps if aggressively colorized and played on television in the 1970s. And do I detect notes of Kids in the Hall?

The humor, as you may have guessed, is decidedly deadpan, with King and his colleagues utterly self-serious and blind to the absurdity of the world around them.

In this exclusive scene, King undergoes shock treatment designed to cure him of his secret desires. In reality (as Canadian know and I’m guessing no one else does?) King became prime minister for 23 years in the first half of the Twentieth Century, so everything seems to have turned out fine.

Also, if you found this by Googling shoe fetish: No, shock treatment won’t help. You’re just going to have to live with it, but maybe you can be prime minister someday.

The Twentieth Century arrives in virtual cinemas on Friday, Nov. 20.