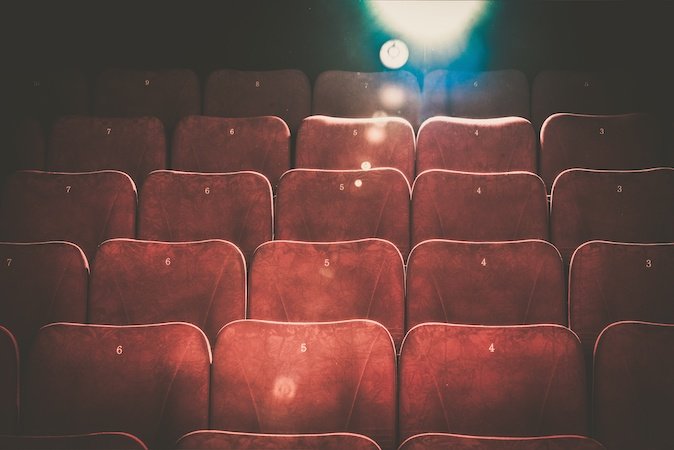 In today’s Movie News Rundown: A glimmer of hope for small theaters; read the kidnapping story that Hollywood is freaking out about; and Jeremy Bulloch, the first man to wear Mandalorian armor onscreen, has died. Plus: Movie recommendations for this weekend.

Letters to Santa: Operation Santa — in which Americans work with the Postal Service and Santa Claus himself to fulfill the Christmas wishes of kids in need — is answering twice as many letters this year as last year. Is it because of COVID-19? Or Dear Santa, a doc about the program? Either way, you can sign up to help here.

Bidding War: Here is the New York Times article — “She Stalked Her Daughter’s Killers Across Mexico, One by One,” that is at the center of a bidding war between 10 Hollywood companies that want to adapt it, according to The Hollywood Reporter.) The article begins, “Armed with a handgun, a fake ID card and disguises, Miriam Rodríguez was a one-woman detective squad, defying a system where criminal impunity often prevails.” Long story short, this will soon be adapted into a Liam Neeson movie set in Toronto.

Save Small Theaters: Yesterday I wrote about small theaters hoping for a federal aid package after massive losses this year — including a small, charming theater in Maine that had to lay off its entire staff on its 25th anniversary. Today comes news from the Washington Post that lawmakers are dragging on an aid package and “clashing over aid for theaters and music venues and relief for cities and states, among other things.” If you’ve got a local theater that’s been dark for months, might be time to call your congressperson.

What’s in the Aid Package: The current $900 billion package includes $15 billion to be divided between live venues and theaters. It’s expected that about $5 billion of that would be divided between about 3,500 movie theaters, depending on the vastness of their loss. The theater owners I spoke to and emailed with said they were down about 80 percent last year.

R.I.P. Jeremy Bulloch: The British actor who played the ruthlessly cool bounty hunter in The Empire Strikes Back and Return of the Jedi, has died aged 75.”He died peacefully, in hospital, surrounded by his family, from health complications following his many years living with Parkinson’s disease,” his agent told CNN. “He had a long and happy career spanning more than 45 years. He was devoted to his wife, three sons, and ten grandchildren and they will miss him terribly. We ask that their privacy be respected at this very difficult time.”

Boba Fett Redemption: Interestingly, his character, Boba Fett — now played by Temuera Derek Morrison — has gained redemption in the latest season of The Mandalorian after decades of being considered a villain Star Wars lore. The Mandalorian star Pedro Pascal remembered him with two images.

Comment of the Day: Shockadelic, which I assume is a real name, takes issue with me saying that in late February, COVID-19 “first began pushing audiences out of theaters.” Shockadelic writes: “No, Covid didn’t stop customers coming or businesses operating. That was governments, who had no legal right to impose such restrictions on liberty. If the businesses had not passively caved and kept operating, they would have not lost revenue.”

Response to the Comment of the Day: Respectfully, no. Customers didn’t feel safe. Theater stocks started dropping in late February, not in March, when the first government lockdowns were imposed. And if you went to theaters around this time, as I did, you started to see them getting emptier and emptier. Even when they reopened in some places, like outside Boston, where I saw Tenet this summer with 14 people in a theater that holds 200, the audiences didn’t return.

Movie Recommendations for This Weekend: Ma Rainey’s Black Bottom, the excellent, final Chadwick Boseman film, is out today on Netflix. In this piece, director George C. Wolfe explains that it filmed in Pittsburgh, where playwright August Wilson grew up — but that’s not why it was filmed there.

More Movie Recommendations: Sound of Metal, starring Riz Ahmed as a heavy metal drummer who loses his hearing, is one of the best movies of the year. It’s masterful for its use of sound, yes, but also for its deft storytelling and magnificent acting. It’s on Amazon Prime, and you can listen to a discussion on the latest Low Key podcast on Apple or Spotify  or here:

Have a wonderful weekend, everyone.

Ma Rainey’s Black Bottom Filmed in Pittsburgh, Where August Wilson Grew Up, But That’s Not Why
USPS Operation Santa Answers Twice as Many Letters to Santa This Year