Ma Rainey’s Black Bottom Filmed in Pittsburgh, Where August Wilson Grew Up, But That’s Not Why 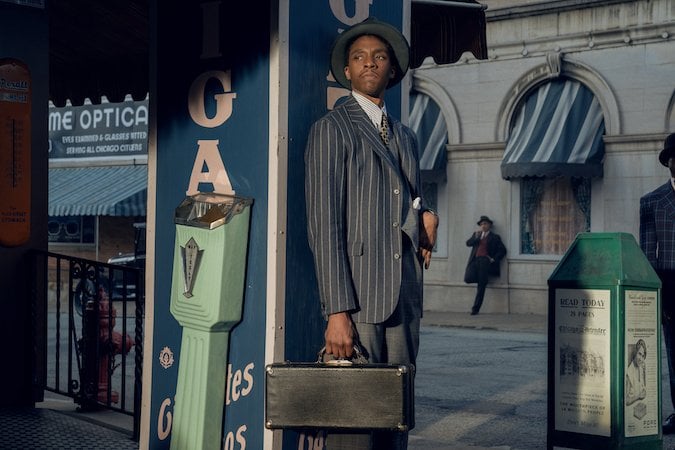 Ma Rainey’s Black Bottom shot in Pittsburgh, which in a way brings the work of playwright August Wilson full circle. But director George C. Wolfe says the reasons for the location were practical, not sentimental.

Ma Rainey’s Black Bottom is an adaptation of the “Pittsburgh Cycle” play of the same name from Wilson, who was born and raised in Pittsburgh. The cycle is a collection of 10 plays focused on the Black experience, each set in a different 20th century decade.

Wolfe, a celebrated playwright himself, directs the adaptation, which is especially earning raves for Viola Davis, in her turn as the powerful singer Ma Rainey, and Chadwick Boseman (in his final performance), as Levy, an arrogant yet brilliant trumpet player who is ready for his moment in the spotlight.

Ironically, Ma Rainey’s is the only “Pittsburgh Cycle” play to take place outside of Pittsburgh. It’s set in Chicago. In a recent talk with MovieMaker, Wolfe said the fact that the film was shot in Pittsburgh was just a lucky coincidence.

“There’s no mythology of wanting to be where August was raised,” he said.

Rather, Wolfe and his Ma Rainey’s team were looking for a city that could represent 1927 Chicago, and specifically the Bronzeville neighborhood.

“One of the reasons we wound up in Pittsburgh, is because architecturally, it lends itself to 1927 Chicago. The scenes that did take place outside, like the L Train, like in front of the studio, like in Bronzeville where Levy is buying his shoes, were all evocative of 1927 Chicago,” Wolfe said. “So, we ended up there, not because of the soundstage, but because of the experience.”

Unfortunately, Ma Rainey’s Black Bottom might also stand as a document of an era that is rapidly disappearing.

“We filmed the exterior of the recording studio, which is a great street. And the second we finished filming, they started tearing down buildings, which is unfortunate. And that happened also in Bronzeville. We filmed there and then a couple of days later, they started tearing down some of the buildings. One of the things that I love so much about Pittsburgh is its architecture and how old and wonderful it is — I hope they don’t lose that.”