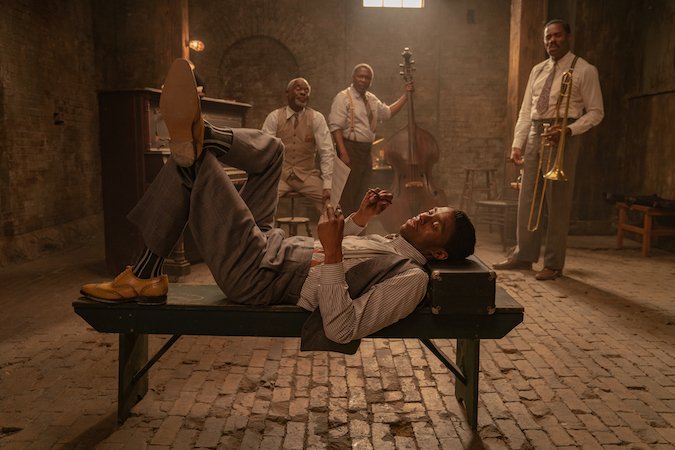 Played with characteristic gusto by the late Chadwick Boseman, the character of Levee in Ma Rainey’s Black Bottom foresees an era where bandleaders, not the singers, are the stars.

In the film, based on the play by August Wilson, an accompaniment band gathers together on a sweltering day in Chicago to record an album. Much to Levee’s disappointment, lead singer Ma (Viola Davis) is in charge, and she exerts her will on everyone around her, including her white manager, Irving, and studio owner Sturdyvant.

Levee carries a hidden trauma, but knows he is a brilliant trumpet player who deserves more of a spotlight.

“He feels as though he’s better than this band, because it’s an accompaniment band,” director George C. Wolfe told MovieMaker. “It’s a band, where Ma is the star. It’s not a band, where anybody playing the instruments is the star.”

But all that is about to change.

“An era is getting ready to begin,” Wolfe adds. “It’s already happening somewhere. But it’s really going to begin where the bandleader is the star, where it’s about Duke Ellington and his band. It’s about Louis Armstrong and his band.”

Ma Rainey’s Black Bottom is set in 1927 which is telling of just how far ahead of his time Levee is with his thinking. The rest of the band — Slow Drag, Toledo, and Cutler — recognize Levee’s talent and would rather not lose him. But as slightly older men, they have more or less accepted their backup roles. 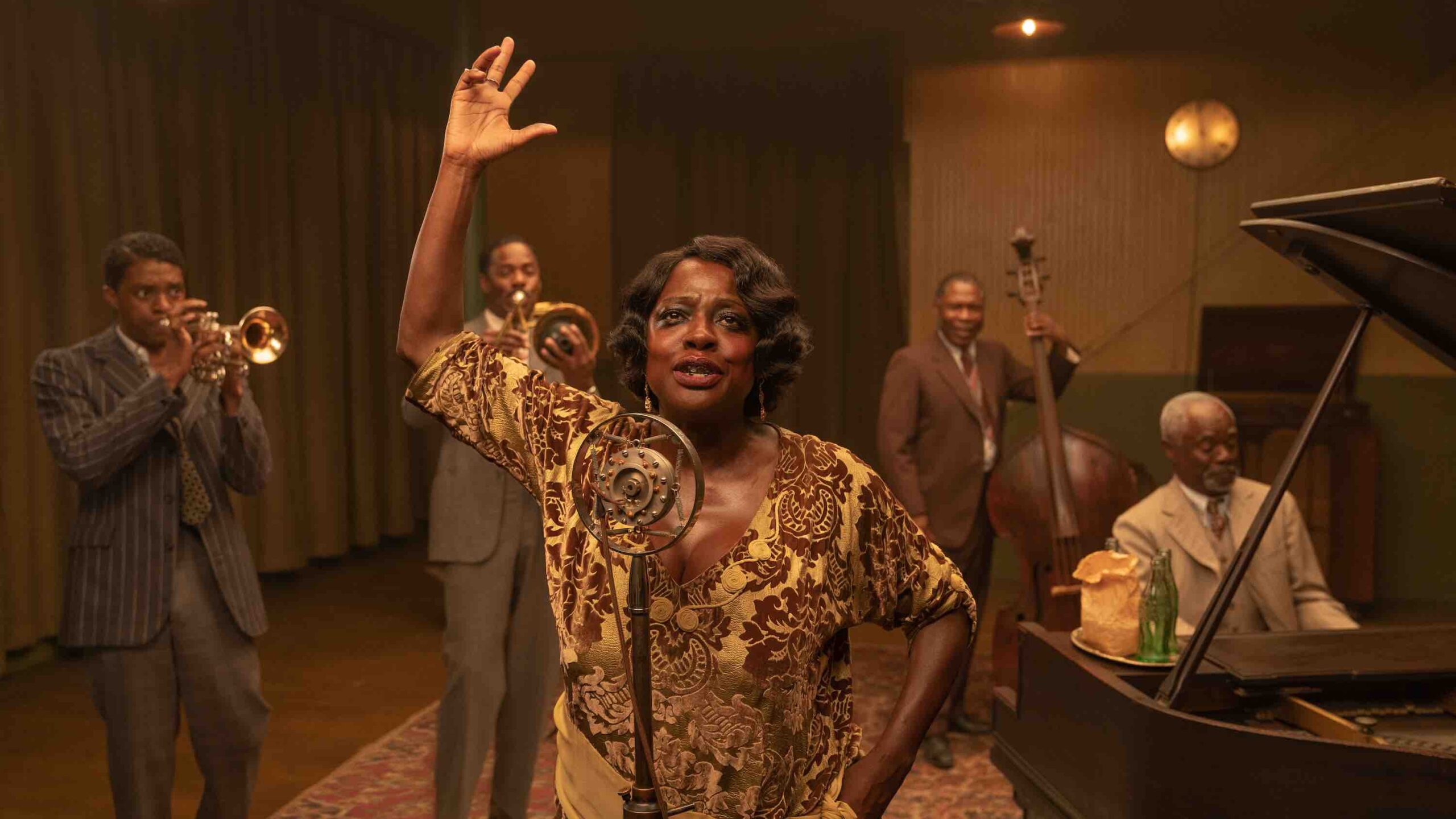 In Ma Rainey’s Black Bottom, Ma (Viola Davis) is the clearcut star and Levee (L, Chadwick Boseman) is itching for his moment in the spotlight.

Wolfe says it was not until the next decade and beyond that Levee’s dream of the singers finally taking a backseat would be fully realized.

“So we’re going somewhere, until you get into the ’40s and ’50s, where really it’s Tommy Dorsey, and he would have amazing singers singing with him, but it was a Tommy Dorsey band. By the time you get to the ’30s, ’40s, and ’50s, there were always still star singers — but the band was the star, and then they had a singer who sang with them.”

Also read: Ma Rainey’s Black Bottom Filmed in Pittsburgh, Where August Wilson Grew Up, But That’s Not Why

The good news for viewers is that Ma Rainey’s Black Bottom is not set in those latter decades, because that would rob us of Davis’ big, awards-buzzy performance. With dark makeup circles, she looms large, even when she is absent. The band members sit around for the first part of the film waiting for her to show up to record.

Not happy with Levee’s troublemaking, Ma tells Cutler at one point that she plans to fire him after they finish recording. Cutler stands up for Levee, and Wolfe explains his reasoning.

“Cutler is pragmatic, and Levee is a really brilliant musician,” Wolfe says. “Ma is the star and then the band retreats into the background. And Levee is part of that generation, in theory where that’s all going to reverse So, Cutler acknowledges his talent, if only he would just accept his position within the hierarchy, but Levee is incapable of doing that, because he believes himself to be a star, and he is a star. He has all the makings of a star. He just doesn’t have the power base to go along with it.”