The Pandemic Response: Film Festivals Need to Step Up On Behalf of Filmmakers NOW (Commentary) 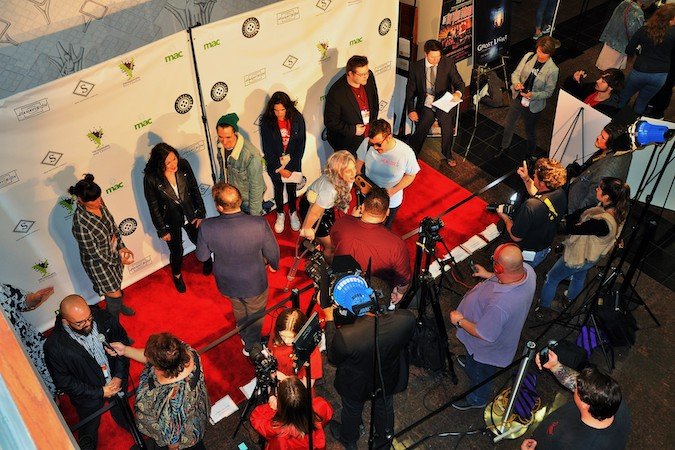 Melanie Addington is the executive director of the Oxford Film Festival. She also directs, writes, and produces films and serves as president of the Mississippi Film Alliance. In this essay, she talks about the role film festivals should serve during the COVID-19 pandemic.

I run a small regional festival and am arguably a a small fish in a big pond in this industry, but I do stay actively engaged in talking to filmmakers, festival organizers, distributors, exhibitors, and other industry people. I also follow the news (OK, by reading Twitter — but still).

The very clear and obvious answer to the pandemic currently is this: None of us know what to do. That’s it. So, with a level playing field for everyone, the best possible way forward has to start with supporting filmmakers.

Our storytellers are the reason any of us exist in this industry. Their passion, their work, their vision, their films: They are the foundation on which everything else rests. So, what we do to innovate and adapt in order to make their lives better right now is crucial. It has to be priority number one. And for filmmakers who are totally confused right now and don’t know where to turn – there is a reason.

In a general sense, we — film festivals — are not all handling the response for you as well as we should. 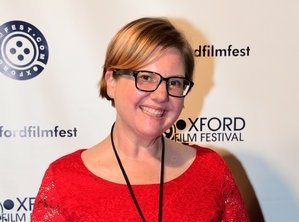 Let me pause for just a moment by recognizing that there are quite a few film festival heads and others in our industry who are handling things well. Many are taking Seed&Spark’s Film Festival Pledge. The Film Festival Alliance and its members are coming together via weekly meetings, engaging fests throughout the country to strategize and brainstorm. Distributors are reaching out to art-house theaters and festivals (like ours) to find ways to split revenue. Donation buttons help. And some film festivals are simply reaching out and asking their filmmakers what they want/need.

The Seed&Spark Film Festival Pledge lays down a set of guidelines to help festivals and distributors state that they are suspending the old (oftentimes unspoken) rules, for now, regarding restrictions on premieres, and specifically online premieres. It’s an effort to make sure filmmakers are able to show their films online without being penalized for these premieres when they’re considered for other festivals.

The Film Festival Alliance, which works year-round with its members to compare notes and come up with methods and solutions to produce better film festivals, has held weekly calls since the crisis began – each with a pointed subject to deconstruct each aspect of what the film festivals are dealing with. The Alliance has also led a lot of engagement and conversation in the private Facebook group to help guide and support festivals that are already postponed, looking to cancel, or coming up with virtual alternatives. Many, of course, are hoping that things will get better this fall.

Arthouse Convergence is leading a campaign to give money to art house theaters that are shuttered. Film Movement kicked off the distributor splits, and now some distributors are working with art houses and festivals to showcase their films. And for hybrid film festivals and arthouses such as Sidewalk, Indie Memphis, Indie Grits and many more — sorry, but Southern ones are first to come to mind! — this is a relief.

And it is wonderful. The NEA and state arts organizations have also been kind and generous with support. A lot of people have been very proactive, made efforts to get out of their comfort zones, and are doing the right thing.

Still — not everyone is. And that’s a problem for filmmakers.

I have had multiple conversations with filmmakers who were accepted and scheduled to screen at the Oxford Film Festival in March before we had to postpone. As we have come up with a virtual fest component, and still look ahead to still having a physical in-person film festival later in the year, I have run into issues that boggle my mind. Some festivals are still playing “premiere games” – telling filmmakers they won’t screen a film if it plays first in a virtual fest, even though the films could have played at those same fests had COVID-19 not come upon the scene.

Some festivals are just acting as if business is normal, leaving filmmakers in the dark entirely. I feel like I am screaming into a void over and over: “Call your filmmakers and let them know what you’re doing!”

Tell them where you are in the process. Are you suspending your call for entries? Moving forward but likely to be virtual? Not sure what to do, but thinking on it?  I think they’d like to know.

I am guessing if you are reading this, you are not one of those film festivals. But if you are a filmmaker who has submitted a film, or who hasn’t heard from the people whose entire existence depends on you, reach out to them.

Ask questions: What exactly is their pandemic plan? What is their strategy for their festival and your film going forward? Be the guest at the party that starts the conversation.

And be okay with the possibility that answer might just be, “We don’t know.”

Transparency in leadership right now is everything. (I am basically just parroting Emily Best at Seed&Spark in saying this, but it is true and worth repeating). If they do not know, they should be telling you that. At the very least, that gives everyone a place to start from. They should be telling you something. And if they don’t, if they leave you in the dark, keep a running list of the people who have reached out and tried to help and those who didn’t. Because we are one ecosystem – the film festivals, the filmmakers, the programmers, everyone.

All of us need to hold up our end of the bargain to have film festivals where filmmakers can launch their films, engage audiences, develop a following, and build their careers, and those of us that produce film festivals need great, entertaining, and engaging films to keep our audiences coming back for more, year after year.

And right now, when everything is in many ways at a standstill, it is going to take real leadership and cooperation to make sure the ones who should matter most to us – our filmmakers — get through this.

What Does a Movie Producer Do? Graham Swon’s Advice for Producers on 12 Things to Be
Movie News: Beat Writer’s Block; Wes Anderson Calls Saul; Plays for Zoom