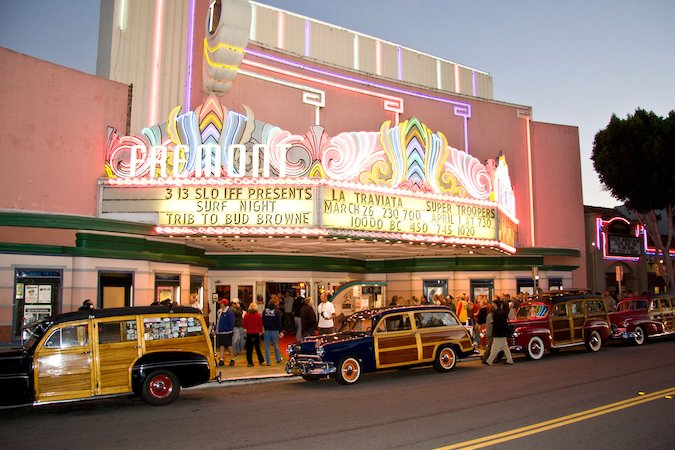 The San Luis Obispo International Film Festival was one of the countless public gatherings that changed its plans because of COVID-19 — but it didn’t cancel them. Instead, it went online, becoming one of a growing number of temporarily online film festivals.

“I doubted that many filmmakers would agree to sharing movies in this public way, but decided it was worth asking,” SLO festival director Wendy Eidson told MovieMaker. “I put together an email to all the filmmakers and got an amazingly positive response almost instantly.”

The festival, in an idyllic town is Coastal California, may be a model at a time when many film festivals decide the way forward. On Thursday, SXSW announced that it will partner with Amazon Prime Video to stream as many of its films as possible for 10 days, whether or not viewers have a Prime membership.

The Greenwich International Film Festival has gone online, and will holds its “inaugural virtual festival” May 1-3. And the ReelAbilities Film Festival, whose films highlight people with disabilities, is holding several online screenings.

For many public events halted by the virus, reorganizing online is impossible. You can’t rub elbows, clink glasses, hug. Sporting events and theme parks have no choice but to go on pause. 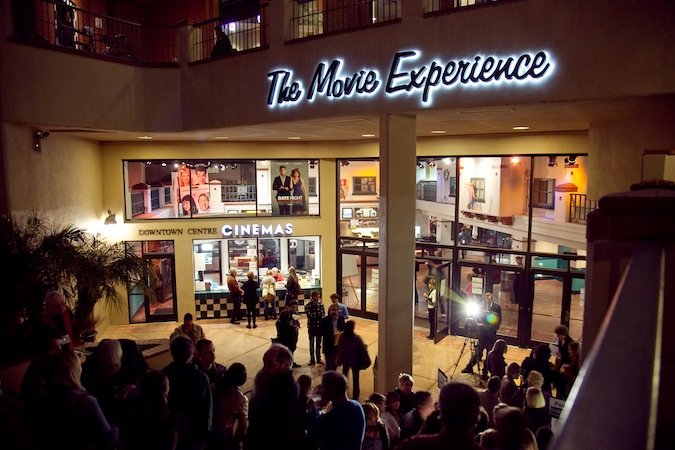 Above and main image: Scenes from the past editions of the San Luis Obispo International Film Festival, courtesy of the fest.

Eidson’s main concern was piracy. The festival, which welcomed more than 14,000 people last year, arranged to set up links that would only work during the festival, and were only accessible to pass holders, filmmakers and sponsors. In the end, SLO fest screened 60 films.

Will You Take A Few Seconds to Subscribe to MovieMaker’s Newsletter?

The decision not only gave participants a sense of comfort and normalcy as the whole world went on pause, but also helped mitigate the financial issues that have afflicted almost every event cancelled for the sake of public health. Many SLO participants, who could have asked for refunds, decided they’d gotten their money’s worth, and wanted to support the festival at a trying time.

“It was a resounding success,” Eidson said. “We got a lot of great feedback from our virtual audience as well, and it’s definitely reduced the number of people requesting refunds, and even encouraged some to increase sponsorship support.”

SXSW’s cancellation in early March, which cost its host city, Austin, an estimated $350 million, left the festival financially suffering. Filmmakers who were planning to premiere their films at the fest found themselves in limbo. SXSW first decided to release its short films online, through a partnership with Mailchimp and film distributor Oscilloscope, and then announced Thursday that it would also stream its features on Prime.

The Tribeca Film Festival, meanwhile, is offering up short films to tide fans over until the physical festival can resume. “Our alumni filmmakers will help distract you from the 24/7 news cycle and overeating… except for popcorn,” says Sharon Badal, vice president of filmmaker relations and shorts programming for Tribeca, on the festival’s website.

Festivals aren’t just about watching movies: They’re also about selling movies. Larger fests like Sundance and Cannes are often the first opportunities for distributors to see films, and fierce bidding wars can erupt. Deadline reported weeks ago that Hollywood agency CAA was leading an initiative to create a virtual market for Cannes films, in the event that Cannes didn’t take place. (The effort started before Cannes shifted its dates from May to late June or early July.)

Arthouse theaters are also innovating in the time of coronavirus. Kino Lorber is hosting the Kino Marquee program, in which film lovers can pay $12 to watch last year’s Cannes Grand Jury Prize winner, the Sônia Braga film Bacurau, on their website of their your local arthouse theater. The theater will receive a cut of the money. On Wednesday, there will be a virtual Q&A with the Bacurau filmmakers and cast. It’s exactly the kind of adjustment that online festivals could make.

Among the films in San Luis Obispo’s online fest was Two Ways Home. Producer Tanna Frederick thinks the experimentation with online screenings now, necessitated by coronavirus, could increase their popularity even in better times. They could save moviemakers a tremendous amount of money, she said.

“From an indie filmmaker’s standpoint, it is far more economically feasible than to travel to several festivals with a film that one has invested months if not years into with their pocketbooks, their energy, pulling favors from everyone,” she said.

The film’s director, Ron Vignone, said he looks forward to a time when people will again have a choice between watching films online, or with a crowd.

“As a filmmaker, you always want your work to be seen up on the big screen with big sound, and all the trappings of that experience. And we will return to that reality in the future,” he said. “Maybe even with a vengeance after staying inside for so long.”

You can read more about the San Luis International Film Festival and online film festivals in the spring issue of MovieMaker Magazine, available at the end of April.