The Irishman Shutout at Oscars: What Does It Mean for Netflix? 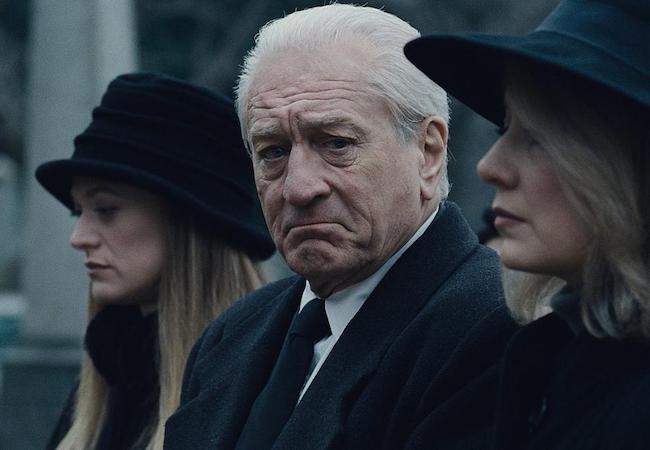 Is the Oscars’ The Irishman shutout the end of Netflix’s long, costly bid for a Best Picture Oscar? Or just the start?

Parasite was Sunday night’s big winner, and was the first foreign-language film ever to win the top prize. Martin Scorsese’s celebrated The Irishman, once seen as a favorite to win Best Picture, somehow didn’t win a single one of the 10 Oscars for which it was nominated. Netflix had led all other studios in Oscar nominations going into the ceremony.

The Irishman shutout marks Oscar voters’ latest rejection of the streaming service, which has tried and failed for years to score a Best Picture win.

Netflix sunk at least $150 million into the CGI-heavy film, and millions more into a publicity campaign that included not just the usual billboards, but also flying journalists across the country to a lavish premiere that included a re-creation of a 1950s neighborhood and even hand-rolled cigars.

The film used extensive CGI to de-age its cast across decades to tell the story of Jimmy Hoffa (Al Pacino) and his one-time defender, Frank Sheeran (Robert DeNiro).

But on Sunday night: Nothing.

Well, except respect. Bong Joon-ho, who won best director for Parasite, lavished praise on Scorsese, leading the audience in a standing ovation.

Did voters like The Irishman enough to nominate it, 10 times, but not enough to give it a single award? Or could some Oscar voters still be afraid that a Netflix win for Best Picture is an existential threat to cinema?

Many filmmakers object to Netflix films contending for Oscars because they view at-home streaming services like Netflix as competition for movie theaters. Netflix has responded by giving its Oscar contenders theatrical runs before they begin streaming.

Netflix has fought hard for an Oscar that would secure its reputation for making films, not just streaming them. The Irishman, which might never have been made without Netflx’s deep pockets, was the company’s biggest bet yet.

Netflix made its first serious run at a Best Picture Oscar in 2017, with Okja, from Parasite director Bong Joon-ho. It wasn’t nominated.

The company got its first Best Picture nomination the next year: While Roma didn’t win the main award, it did win Best Foreign Language Film and and best director for Alfonso Cuarón.

That marks the high-water mark for Netflix so far.

Also Read: Here’s How Old Robert De Niro, Al Pacino and Joe Pesci Are Supposed to Be in Key Scenes in The Irishman

Netflix will surely question whether all those millions spent on The Irishman were worth it—and whether to go all-in again next year, with another awards contender, if it has one that looks like as good a bet as The Irishman did.

Awards aren’t the only measure of a film’s success. The Irishman was the fifth most-watched film on Netflix last year.

But then again, the most -watched film on Netflix last year — Adam Sandler’s Murder Mystery — likely cost about a third as much as The Irishman.

Eminem Gets Standing O for Surprise Oscars Performance of ‘Lose Yourself’
The Lodge Co-Directors Veronika Franz and Severin Fiala on What’s On The Page v. What Ends Up On The Screen