Here’s How Old Robert De Niro, Al Pacino and Joe Pesci Are Supposed to Be in Key Scenes in The Irishman 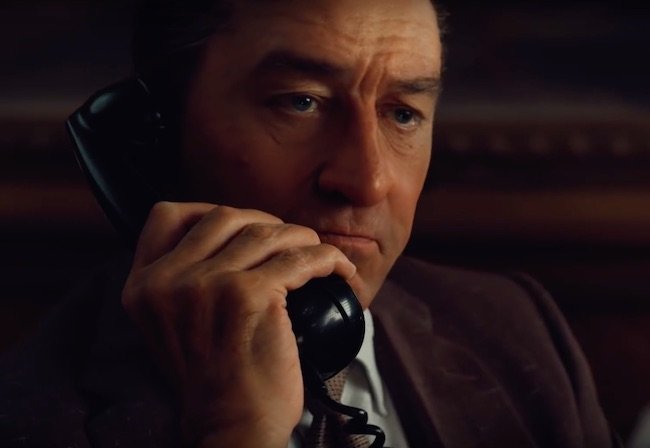 The Irishman, the Oscar nominated film in which Robert De Niro, Al Pacino and Joe Pesci are de-aged by decades, is a serious step forward in computer-generated imagery. It’s the first film to use CGI in nearly every scene while also trying to make us forget about it.

Past landmarks in CGI, like James Cameron’s Terminator 2: Judgment Day and Avatar, set out to astonish us by showing things that would be impossible without CGI. But The Irishman wants us to forget that men in their 70s are men in their 70s. Martin Scorsese uses CGI to try to trick us into believing they are much younger than they are.

Steven Zaillian’s script, which jumps forward and backward through time, both dazzles and disorients us with its historic sweep. At some points, we stop trying to guess how old the characters are supposed to be, and just give ourselves over to the fantasy that we’re watching guys in their 40s, not septuagenarians.

Whether your viewing The Irishman for the first time in preparation for the Oscars, or watching it for a second time, trying to better understand its complicated story, you might appreciate knowing exactly how old 76-year old Robert De Niro, 79-year-old Al Pacino, and 76-year-old Joe Pesci are supposed to be in key scenes.

We’ve avoided spoilers about plot points in the film, but not about historical events that unfold in the background. Click on:

Horse Girl: Alison Brie Drew on Her Family History for Transfixing Sundance Film
Is The Irishman a True Story? Does It Matter?