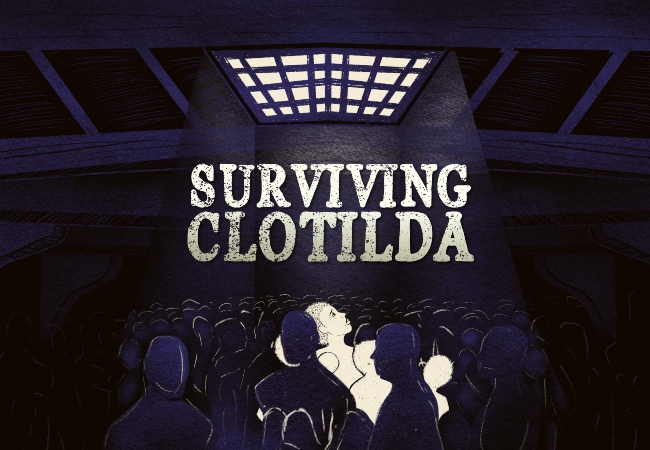 “Surviving Clotilda” is an animated short made by students at Savannah College of Art and Design, which tells the story of the very last slave ship to reach the shores of America.

Despite an 1807 act that outlawed the importation of slaves, in 1860, Timothy Meaher and other wealthy slaveholders commissioned a schooner called Clotilda to make a journey to West Africa in order to smuggle slaves back to Mobile, Alabama. Carrying 110 Africans who had been stolen from their homes, the Clotilda landed in Mobile under cover of night in July of 1860, and soon after her passengers disembarked, she was set on fire and sunk in order to cover up the crime.

For decades, the story of the Clotilda was passed down from generation to generation by the descendants of her original passengers. But in 2018, the Clotilda’s existence was confirmed once and for all when her wreckage was uncovered in the Mobile River.

This week, descendants of Clotilda’s original passengers gathered at the 24th annual SCAD Savannah Film Festival for a screening of “Surviving Clotilda” directed by Olivia Grillo and Kathryn Jamieson, which tells the story of the Clotilda passengers’ harrowing journey. The film was commissioned by Visit Mobile, where just a few miles north of the city, 32 of the original Clotilda passengers founded the historic community of Africatown.

Gonzalez said that telling the story of the Clotilda on screen had been a long time coming.

“Unfortunately, most of the Africatown community really believed that this actually happened, and every time they were telling their story that this happened, everyone said, ‘Show me proof. Where’s the ship? Did it really happen? Where is it in writing?’” Gonzalez said. “When Ben Raines finally found [it] and the teams came together to authenticate the shipwreck that’s in the river still today, we knew that the story had to be told.”

For Taylor, whose voice so vividly narrates the film, the most important thing was for people to understand what those passengers went through.

“The primary thing I want the audience to take away from this is the resilience of this community because, despite everything they went through and they were forced to endure, they are still here today, literally in this room,” she said.

Patterson added: “What I hope from this is people understand that it’s not about the color of your skin, it’s what’s in your heart. Those people in the hull of that ship were the most special people who could have ever been in any place at any time.”

Gonzalez also noted that the film is just the beginning in terms of remembering what happened onboard the Clotilda.

“From now on, it’s not just about the film. The film is a piece of the puzzle of sharing the Africatown experience,” she said.

A new Africatown Heritage House museum is set to open in Spring 2022 to educate visitors about the experience of the Clotilda survivors.