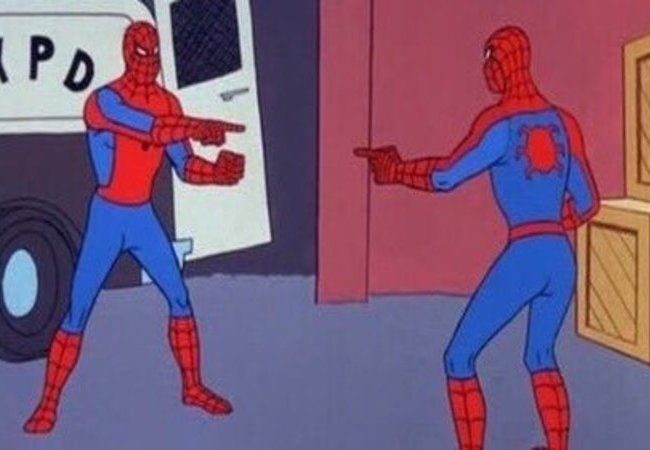 In today’s Movie News Rundown: A flat denial about Spider-Man: No Way Home from ex-Spidey Andrew Garfield; the Peabody Awards get it right; two nocturnal animals gather amidst the trees.

But First: Is Netflix’s Selena accurate in matters of the heart? Yes it is.

Amy Adams and Jake Gyllenhaal and Trees: Amy Adams and Jake Gyllenhaal’s production companies have won the rights to scientist Suzanne Simard’s memoir Finding the Mother Tree, and Adams is expected to star, Variety‘s best reporter, Matt Donnelly, reports. The book is the true story of a woman who discovers how trees communicate underground through fungi, which is frankly terrifying. Adams and Gyllenhaal were very good in 2016’s Nocturnal Animals, which bodes well for this collaboration.

‘There Isn’t Anything to Ruin, Bro’: On the Happy Sad Confused podcast, Andrew Garfield denied fan speculation/hope/weird thoughts that he will return as Spider-Man in Spider-Man: No Way Home. When host Josh Horowitz said he didn’t want to ruin any surprises, Garfield interrupted: “There isn’t anything to ruin, bro,” later adding, ““I can’t speak for anything else, but for myself. They might be doing something, but I ain’t got a call.”

What’s the Fan Speculation?: If you haven’t heard about this, first: congratulations on being out partying with babes and flying jet planes and generally being too cool to care about this comic-book stuff. But the idea is that in Far From Home, characters from the current, Marvel Cinematic Universe Spider-Man movies, in which Tom Holland plays Spidey, will interact with characters from past Spider-Man films — the ones from the Tobey Maguire and Andrew Garfield era. Adding fuel to the speculation was Alfred Molina just coming out and saying he’ll reprise his role as Maguire Spider-Man nemesis Doctor Octopus.

But Garfield Denies This? I know you won’t believe me so here it is from Spider-Man himself:

Andrew Garfield is ready to talk about those rumors about his return as Spider-Man. You might be surprised to see what he has to say. Watch the full interview on the brand new #happysadconfused patreon! https://t.co/e84Wokl1SQ pic.twitter.com/Civpe3Am5p

Peabody Awards: As usual, this year’s Peabody Awards have some great, inspired nominees. Among them: the utterly delightful Ted Lasso, Steve McQueen’s brilliant Small Axe series, Micaela Coel’s wrenching I May Destroy You, and the must-see Romanian documentary Collective. Here’s the full list.

What Are the Peabody Awards, Though?: Per the Peabody website: “As radio rose in popularity in the late 1930s, The National Association of Broadcasters formed a committee to establish a prestigious award similar to the Pulitzer Prize for excellence in broadcasting. Lambdin Kay, manager of WSB Radio in Atlanta, asked John Drewry, dean of the University of Georgia’s Grady School of Journalism, to sponsor the awards, upon the recommendation of Lessie Smithgall, a graduate who worked at the station. The first awards were issued in 1941 for excellence in radio programming broadcast in the previous year of 1940.”

More, Please: There is a liquor store in Peabody, Mass. called Bunghole Liquors (say it out loud) that has the motto, “We’re not No. 1 butt we’re right up there.” This is hysterical to me because I am a child. Also the store is not, to my knowledge, affiliated with the Peabody Awards.

Comment of the Day: A reader named Anne writes the following in response to this piece about Rick Abath, a security guard featured in This Is a Robbery: “Another stupid Netflix series. If you are going to do a show like this, do it right. Netflix produced programs are like a badly written book. ‘Rick Abath said he opened the back door all the time.’ OK, WHY??? Why would he do that? The entire program was like this. The FBI and BPD look like complete morons, even if it was 1990. How is it possible they participated in a program that makes them look so bad? When the guy took them to Red Hook and showed him the Rembrandt, why in hell was there no search warrant after that? Was that not enough probable cause?”

Comment of the Day, Continued: “Why is everyone merely taking the word of these people? When Guarente’s wife became visibly shaken, and then they put the frames in the trunk, why weren’t they taken down right on the spot??? WHY??? It is the Cecil Hotel all over again. Anyone with a brain knew she was in one of those water towers. Didn’t leave the building, the dog tracked her scent right to the window where the fire escape ladder was and no one fell from the roof. HELLO? Did we need 4 episodes? Nope. Just stupid.”