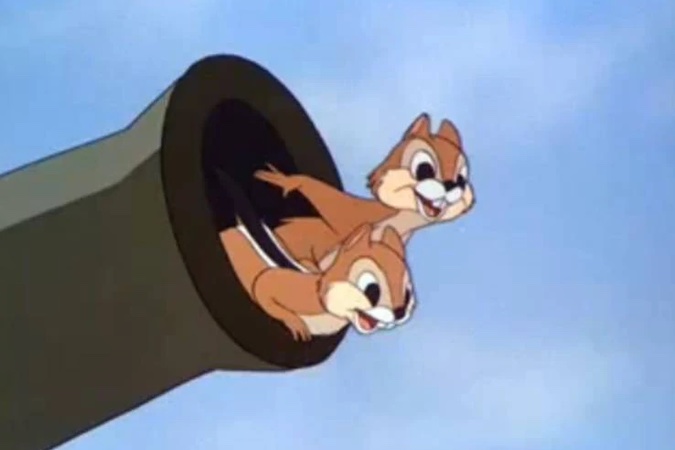 The new Scream sparks a “requel” discussion; a doc plumbs the Chippendale’s murders; surprising news about the racist restaurateur in Licorice Pizza; what if the world isn’t going to end soon? All in today’s Movie News Rundown.

But First: There will be no Rundown tomorrow because of some behind-the-scenes drama. But you can sign up here to get it in your inbox every other day.

The Oscars: Will have a host for the first time in four years, but no, we don’t know who it will be.

Don’t Dream It’s Over: It’s become fashionable, especially in film, to predict the end is nigh. But believing that is no way to live.

Scream: The reviews of the new Scream movie, again called simply Scream even though it’s the fifth film in the series, are quite positive. We went to a press screening last night and definitely had fun. While it didn’t blow my mind, I think the film is well-worth seeing for a fun meta-monologue about franchise reboots that bring back original cast members and continue plot lines of the original film — aka “requels.” Examples of requels include the recent Candyman and Halloween.

What’s Your Favorite Requel? Yes, the requel is a hard concept to wrap your head around — what’s the difference between a requel and just a sequel? But, using whatever criteria you like, please let us know your favorite requel in the comments.

Black Krrsantan Is Trending on Twitter: It’s a Book of Boba Fett thing, explained here by The Mary Sue.

Did You Know the Founder of Chippendale’s Was Involved in a Murder-for-Hire Plot? If I ever knew, I’d definitely forgotten. Check out the latest episode of Factual America, about the new documentary Curse of the Chippendales, on Google, Spotify, Apple Podcasts, or below. Warning: Includes depictions of murder and hunks.

What Is a Chippendale? If you, like me, just decided to Google this, let me save you some time. A chippendale is not a type of chipmunk, as I assumed. It is the name of an 18th century English furniture style named for furniture guy Thomas Chippendale. Also, in case you’re wondering, adorable Disney squirrels Chip ‘n’ Dale precede the Chippendale’s dancers by several decades. Here is their debut film from 1943.

What a Frick: This analysis of the “Mikado” scenes in Licorice Pizza, by The Hollywood Reporter‘s Rebecca Sun, includes a detail that surprised me: Jerry Frick, the restaurateur played by John Michael Higgins who talks to his Japanese wives in a ludicrous accent, was an actual person. As the article notes, whether a joke is offensive sometimes depends on who the butt of it is, and Licorice Pizza director Paul Thomas Anderson clearly wants us to laugh at Frick, not his wives. Was the real Frick this clueless? The article doesn’t say and I can’t find much of anything about him online.

Wait, I’m Confused. Is Licorice Pizza About a Racist Pizzeria? No, that’s Do the Right Thing.

Anyway, Once Again, Altogether Now: Depictions of bad behavior are not endorsements of that behavior.

Comment of the Day: “Enjoyed the Peloton review. I ride a 10-year-old exercise bike while watching reruns of The Waltons or Adam 12 from the early seventies,” writes Terry. Thanks Terry! Everyone else: What kind of stationary-bike do you ride and what do you watch while riding it? Let us know in the comments.

‘Are You a Mouse or a Bear’?: I went looking for a good version of Crowded House’s “Don’t Dream It’s Over” and found this silly thing with the two best vocalists of their cohort (besides Adele, obviously) singing one of the greatest songs ever.

Are You a Mouse or a Bear? Let us know in the comments. I am a chipmunk.