What If This Isn’t the End of the World? 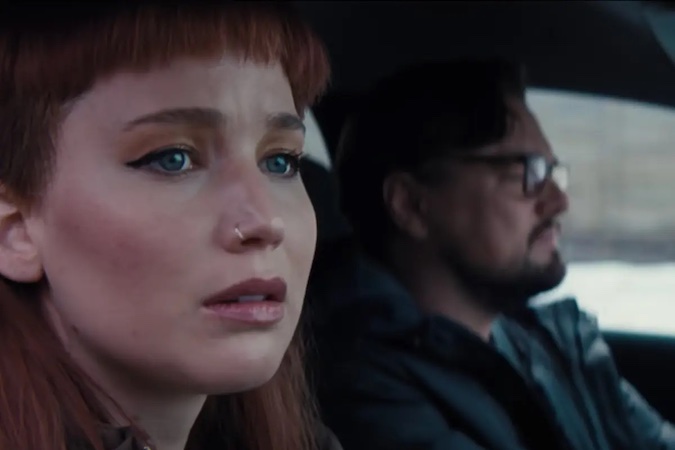 Here are some of the recent New York Times headlines as I type this:

My first reaction, wincing through the Times each morning, is often the same: Oh, will you stop? And yet the nation’s terrifier
of record is clearly reading the national mood, or at least a large swath of it. So is Adam McKay’s moving and nuanced new satire, Don’t Look Up. Talking to a friend recently about the state of American culture, I asked, “Well, what is the state of American culture?,” and he explained, sounding a little embarrassed for me, “Well, the sense that the world may be ending.”

When I was 23 I dated someone who wanted to get married and have kids quickly because she was certain she would die, like her cousin, at 35.

It’s very tempting to believe the world will end soon. First because there are plenty of studies confirming some version of this worldview. But also because it’s appealing to our sense of vanity to believe that of all the generations that have walked this Earth, ours will be the last. And if we should be the ones to somehow avert certain doom? All the better for our sense of self-importance.

I’m 46 and have lived through three or four This-Could-Be-It events. As a child during the latter days of the Cold War, I was certain that the hatred between the United States and Soviet Union would lead to nuclear annihilation. My elementary-school friends and I watched The Road Warrior and Red Dawn for pointers we might need to survive after society crumbled. And then the Berlin Wall fell when I was in high school, and the constant talk of the nuclear threat just went away.

We had another serious scare after 9/11, when it seemed perfectly reasonable that some terrorist group might obtain a nuclear device transferable by suitcase.

Besides the sense that American democracy is in danger, our current sources of terror are increasingly awful-sounding strains of COVID-19, as well as the clear threat of global warming. A novelist I like a lot, Jonathan Franzen, has taken to arguing that it’s too late to stop climate disaster, and that we should find ways to mitigate it. While many see billionaires blasting into space as rich man’s folly, Don’t Look Up points to the possibility that they’re plotting their escape.

Is it better to bow our heads and submit to our coming demise? Or to believe, crazy as it sounds, that somehow we’ll get out of this one, too?

Some people have spent the last two years in creative stasis, unsure whether it’s worth pressing on, because what if it all ends tomorrow? Others have gone for broke, realizing that the chance of no tomorrow means you need to live for today.

The person I dated at 23 is still alive and healthy and hopefully worrying less than she did at 22. My elementary-school militia group has disbanded. Y2K seems hilarious in retrospect. I think Franzen may be right about global warming, but he also predicted that novels would be pretty much over by now, and yet his new one, Crossroads, is magnificent.

I cover movies, and need look no further than box office stories to see signs that things don’t inevitably get worse. Movie theaters were shuttered a few months ago, but now Spider-Man: No Way Home is breaking records.

Things feel grim with Omicron, but not as grim as they did during the first wave of COVID-19, when we knew much less than we do now.

Democracy is always in danger. It is a relatively new thing on our planet, and not necessarily the natural state of affairs. It is a great and rare achievement we should always understand that we will always have to fight for. If you are lucky enough to have someone alive in your life who made it through World War II, ask them how the current threat to democracy compares to the one they defeated, when fascism came very close to taking over the entire world.

We have a history of defeating even the most terrible things. Not easily, not quickly. But we do beat them.

Global warming worries me the most. I have no positive spin to share with you, and no data that gives me cause for hope, because  most of the data is bad.

But that does not give us the right to give up. I continue to have faith — in God, in science, in something. Maybe even in humans.

One thing I’m absolutely sure of is that even if we do all die, the Earth will survive. It may take billions of years, but it will recover like it always has. If it will all end soon, let’s at least leave beautiful creative documents of what it feels like to be alive.

This is adapted from the Notebook of the latest issue of MovieMaker Magazine, out later this month.

Andrew Garfield Revisits Gwen Stacy’s Sad Fate in Amazing Spider-Man 2: ‘She Had a Hand in Her Own Destiny’
Curse of the Chippendales Filmmakers Unpack a True Story That’s ‘Stranger Than Fiction’ (Video)