Don’t Look Up Offers an Olive Branch to Christians 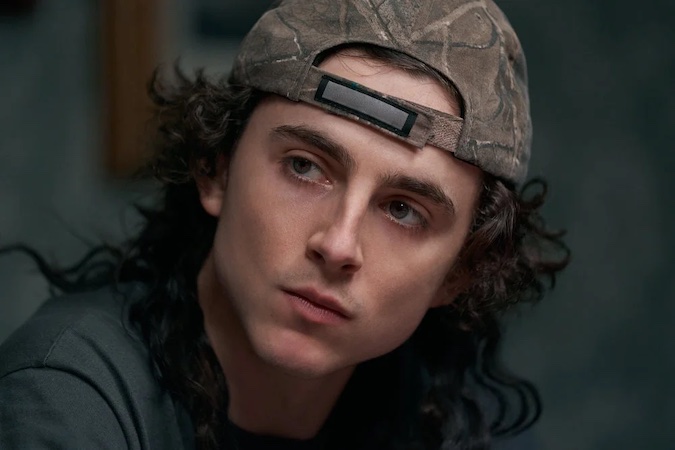 Warning: Don’t Look Up spoilers ahead.

Most criticisms of the Adam McKay comedy-drama Don’t Look Up contend that the global warming satire is preaching to the choir. But that religious metaphor is an interesting one considering the film’s treatment of religion: The most sympathetic character may be Yule, the young Christian played by Timothée Chalamet.

It’s interesting that McKay treats Yule with so much respect and affection, because many environmentalists believe Christians could be natural converts to the environmental movement. Yule’s positive portrayal — starting with his being played by the likable Chalamet — feels like an olive branch.

When all hell is breaking loose near the end of the film, it is Yule who provides calm and perspective with a moving and powerful prayer that brings comfort to Dr. Randall Mindy’s largely non-religious household. Dr. Teddy Oglethorpe (Rob Morgan), another character we like, compliments his “church game.” The film’s perspective is pro-Yule. While lead characters Randall (Leonardo DiCaprio) and Kate Dibiasky (Jennifer Lawrence) are shown to be fairly flawed, Yule is almost saintly.

Why? If you read Don’t Look Up as an attempt to make people care about global warming, you can read the treatment of Yule as a fresh invitation to evangelicals to share in the protection of the environment.

McKay told Variety that he added Yule’s religion to the film when Don’t Look Up co-producer Ron Suskind asked him, “Where’s faith in this movie?

“And I was like, ‘Oh, you’re right. You’re right!’” McKay said. “I think we’re so used to thinking of religion as denominations, and now it’s become a political cudgel in this country. I forgot about real faith. And it was just a lightbulb moment where it’s like, ‘I know who Timothée’s character is.’”

McKay, whose mother was a born-again Christian, also told Variety that the prayer scene “might be my single favorite moment in the entire movie.”

Global warming, like so many things in America, has largely turned into a Democrat vs. Republican issue. But some environmentalists hope that evangelical Christians could be crucial in breaking that standoff.

Conservatives are less likely to believe in global warming and efforts to stop it. But as the New York Times reported in 2010, a growing number of evangelical Christians in the first decade of this century began to embrace a doctrine called creation care, which holds that Christians bear a responsibility to protect the planet because it is God’s creation.
As the Times also noted, this brought a backlash from other evangelicals. “Some of what goes under the name of ‘creation care,’ even in evangelical circles, is infected by the false worldview and theology of secular and pagan religious environmentalism,” Calvin Beisner, founder of the Cornwall Alliance, said at the time.
People who believe that the Earth is God’s creation might seem the most likely to support measure to protect it, but this isn’t necessarily the case. A 2015 study by the Yale Program on Climate Change Communication found that 51 percent of evangelicals believe in global warming — compared to 63 percent of Americans overall — and that evangelicals were less likely than Americans overall to express strong support for strict carbon dioxide limits on coal-fired power plants.
Still, the dream that evangelicals might become climate champions remains. The group Por la Creacion, focused on Latino believers, is among the religious groups that espouse a message of environmental stewardship.
Right-wing Christians who view environmentalists with suspicion may have the same suspicion about a Hollywood film directed by the left-leaning Adam McKay and starring noted environmental activist Leonardo DiCaprio. But Don’t Look Up may be banking its hopes on people of faith who are also independent thinkers.
As Yule tells Kate: “My parents raised me Evangelical. I hate them, but I found my own way to it. My own relationship.”
He adds: “I’d appreciate if you didn’t advertise it, though.”
The treatment of evangelicals in Don’t Look Up is one of many subjects we discuss in the latest Low Key Podcast, which you can check out here.

Don’t Look Up is now streaming on Netflix.