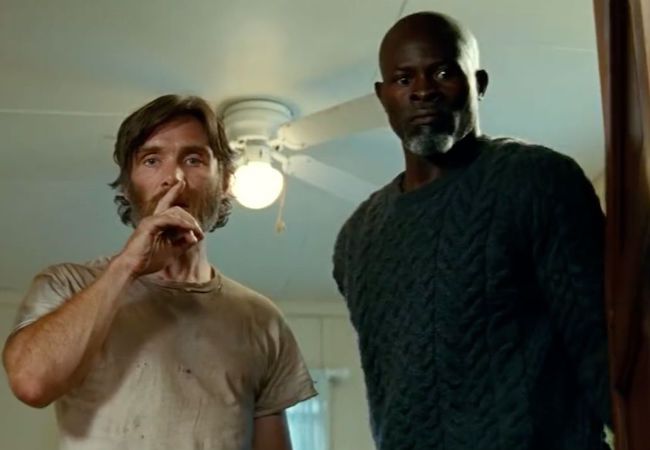 But First: Did everyone catch that Mare of Easttown finale? Really excellent, I thought. Here’s a spoiler-free interview with the show’s creator, Brad Ingelsby, about his very deliberately slow writing process.

Happy Birthday Clint Eastwood: One of the all-time movie greats, who continues to release excellent films at a steady clip, turned 91 yesterday.

R.I.P., Buddy VanHorne: The stuntman, actor and director — who worked with Eastwood on 30 films as his stunt double and coordinator — died on May 11 at 92, his family announced. He was also a stunt double for Gregory Peck, Jimmy Stewart and Lee Marvin, and an Army veteran and charter member of the Stuntmens Association.

Beyond Fest Said It Best: “Huge $57M weekend for A Quiet Place Part II and a desperately needed result for theaters,” the L.A. genre festival tweeted. “Kudos to Paramount for holding firm and not buckling. Theaters ain’t dead yet.” For more box office details, here’s Variety.

Also: Sean Baker, director of the brilliant Tangerine and The Florida Project, among other films, added this: “Saw A Quiet Place Part II last night (had a blast btw) and the film began with a very warm and heartfelt intro by John Krasinski thanking the audience for supporting cinema in the theaters. The audience clapped and I’m still clapping.”

A Lot Has Changed: IndieWire notes that Tenet, the movie a lot of us hoped (prematurely, it turns out) would revive the theatrical experience, grossed $58.5 million total domestically — about what A Quiet Place II earned in its first weekend.

Personal Note: The missus and I saw A Quiet Place Part II on Friday in one of those swanky suburban theater palaces with reclining seats and popcorn so big they put a dome on top to keep it all in and it was absolute bliss. The guy a few seats over said “that scared the [shocking expletive] out of me” after one particularly great scene and it made the scene even better. Later we went to a mall in a small town and were shocked/thrilled to see families pouring out of a multiplex. It’s so good to see theaters back.

How About That Other Movie? Cruella is expected to earn $27 million over the long weekend, not bad since it’s also available for home viewing. Though of course you shouldn’t watch it with your dog.

Comment of the Day: We asked last week what you consider an “old” movie. Kris C. Jones has this thoughtful response: “To me, an ‘old movie’ is anything prior to my childhood. As I grew up on the gritty & bizarre films of the 1970s, anything prior (but especially if it’s in black & white) I consider an ‘old movie.’ I also consider anything that’s not in the public consciousness an old movie (as in semi-forgotten.) Hence, the original Star Wars (Episode IV) will forever seem “new.”

Anyone Else? Tell us in the comments.

I Had to Google Who Said ‘Do Not Go Gentle Into That Good Night’: Dylan Thomas.

Agnes: Oklahoma moviemaker Mickey Reece has created a DIY film empire making at least one completely independent film a year, cast with his extremely talented friends. We were beyond excited to debut the trailer for his latest, Agnes — a fresh take on the ol’ exorcism genre. Here it is:

How Mare of Easttown Creator Brad Ingelsby Wrote His Hometown Story — Slowly
Quentin Tarantino Jokes About Quitting While He’s Ahead: ‘Most Directors Have Horrible Last Movies’