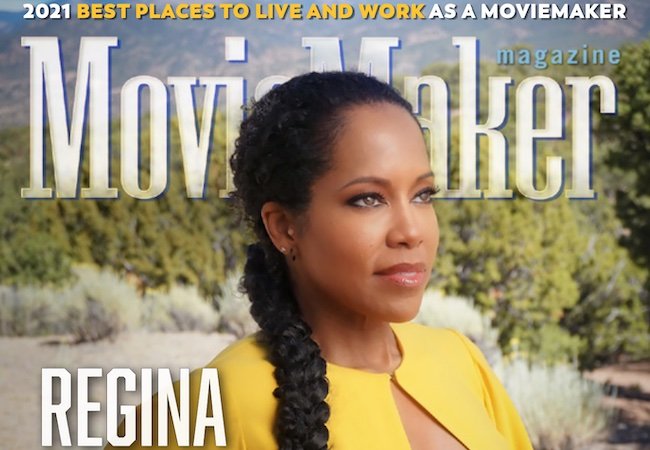 In today’s Movie News Rundown: A first look at our winter cover with Regina King, director of the new One Night in Miami; Chris Evans seems surprised to learn he may play Captain America again; and R.I.P Joanne Rogers, musician and keeper of the Mister Rogers legend.

Our New Cover Story: Is here, before it’s even on newsstands. I was thrilled to talk to Regina King about everything from watching movies with John Singleton to getting pranked by Tom Cruise to the series of “breakthrough moments” that led to her directorial debut. One Night in Miami, a clear awards contender, is streaming today on Amazon Prime. You can also listen to our interview on Apple or Spotify or here:

Cool, Can We See the Cover: Yes. 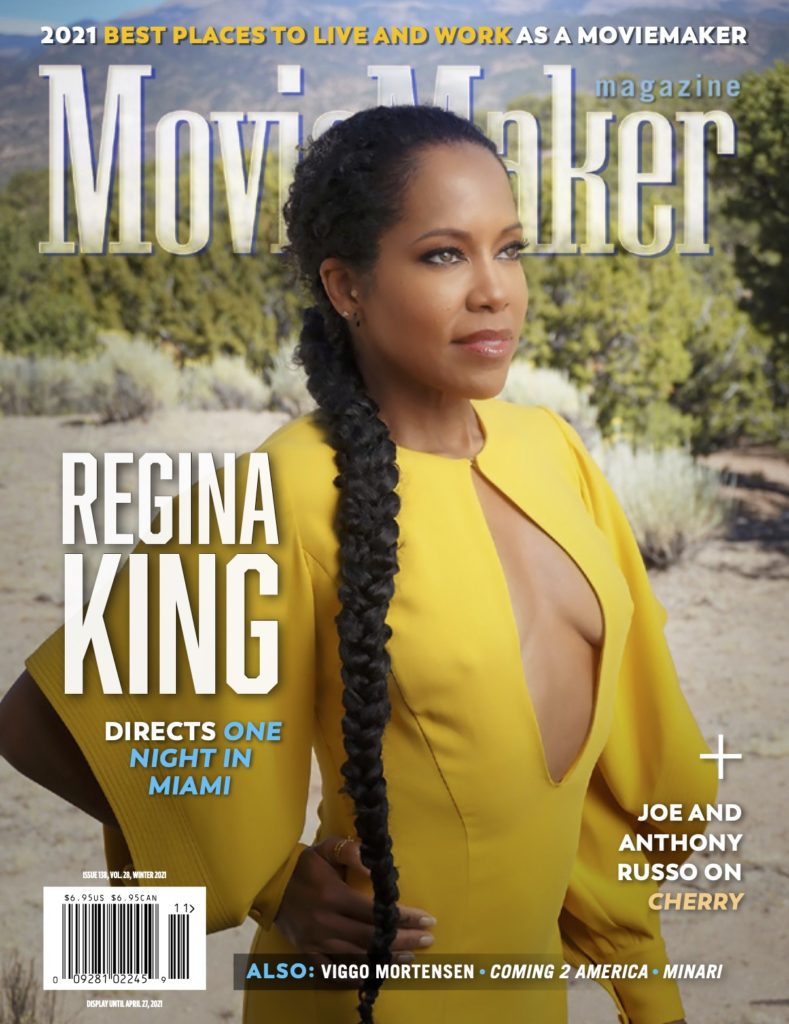 Wow. How Do You Follow That? It’s impossible. Let’s just pause and reset. Also you can subscribe here.

MLK/FBI: Also out today is the new documentary MLK/FBI, about the FBI’s grotesque efforts to discredit the Rev. Martin Luther King. Here’s a conversation between the film’s director, Sam Pollard, and editor, Laura Tomaselli, about how they assembled archival footage that included old films about heroic G-men. And check out our MovieMaker podcast interview with Pollard next week.

Captain America Blindsided: After Deadline reported yesterday that Chris Evans is going to return to his role as Captain America “in some form,” Evans tweeted simply: “News to me.” Actually, he also tweeted one of those little cartoony figures, I guess supposed to look like him? It might be easier to just show you instead of describing it.

When You’re Better-Looking Than Your Cartoon Avatar: That’s when they let you play Captain America.

In Other Marvel News, WandaVision Is Today: In case you haven’t seen any advertising or anything.

Bong Joon Ho to Venice: The Parasite director — sorry, that sounds bad — the director of Parasite will preside over the jury of the 78th Venice Film Festival in September, Variety reports.

R.I.P.: Joanne Rogers, a pianist and the partner of Fred Rogers for more than half a century, has died at 92. “Joanne was a brilliant and accomplished musician, a wonderful advocate for the arts, and a dear friend to everyone in our organization,” wrote Fred Rogers Productions, where she served as chair of the board after her husband’s death. “We extend our heartfelt condolences to Joanne’s family and the thousands of people who had the privilege of knowing and loving her.” Joanne Rogers appeared in a moving scene in 2019’s A Beautiful Day in the Neighborhood, and played an active part in shaping the Tom Hanks film, insisting that Fred Rogers not receive a saintly portrayal — because she wanted audience to see that kindness takes work.