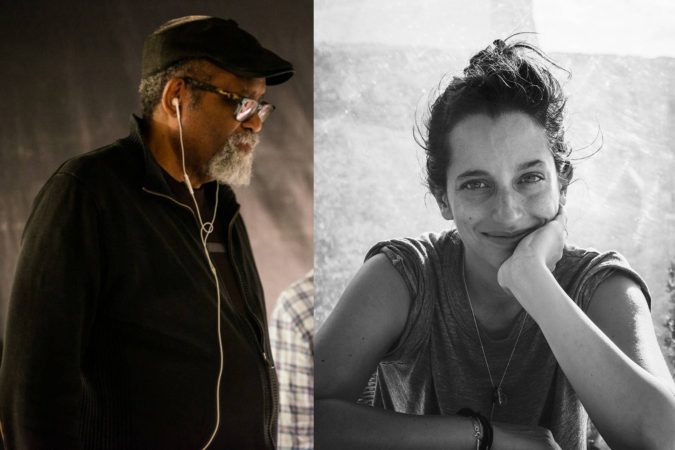 MLK/FBI traces how the FBI surveilled and harassed Martin Luther King Jr. under J. Edgar Hoover. The intention was to discredit the Civil Rights hero by tying him to communism, but the FBI’s surveillance unexpectedly discovered King’s secret affairs. So the FBI pivoted to something more personal and grotesque. Director Sam Pollard (ACORN and the Firestorm, Atlanta’s Missing and Murdered: The Lost Children) has enjoyed a thriving career as both director and editor, notably editing a number of Spike Lee films, including Clockers, Mo’ Better Blues, and Bamboozled. Below, Pollard speaks with his MLK/FBI editor Laura Tomaselli about the “red menace” propaganda films that pop up in the film, the relationship between an editor and director, and the worst kind of notes.

Sam Pollard: One thing I told Laura was to go back and look at a lot of these old movies that I had grown up with about the FBI: Big Jim McLain, I Was a Communist for the FBI, Walk a Crooked Mile, The FBI Story — I said you should try to figure out how to seed them throughout the cut. As an editor myself, one of the things I respect about working with other editors is giving them the room to create and to shape, giving them the framework and walking away and saying, “Go for it.” And I did that with Laura. She’s got good, strong opinions, and we didn’t always agree, but I respect editors and respect that what she was going to bring to the table was going to challenge me and advance the project, step it up — which she did constantly on every level. From the archival footage, to the clips we used from the feature films, to the interviews we had done.

Then the pandemic happened, and Laura went upstate and worked up there. Some of my director colleagues have been saying it’s really hard to edit remotely. But in this particular case, it worked effectively because there was a lot of give and take.

You can listen to our interview with Sam Pollard about MLK/FBI on Apple or Spotify or here (story continues after audio):

Laura Tomaselli: Being an editor and having your director be such an incredible editor like Sam, it’s pretty rare. One of the toughest parts about editing in general is finding the right materials, and Sam has an encyclopedic film knowledge from that era of those older “red menace” films that we started playing with for texture in the beginning. So he was able just to give me the films that he knew immediately would work. So I wasn’t watching a ton of stuff. I already had the best stuff. 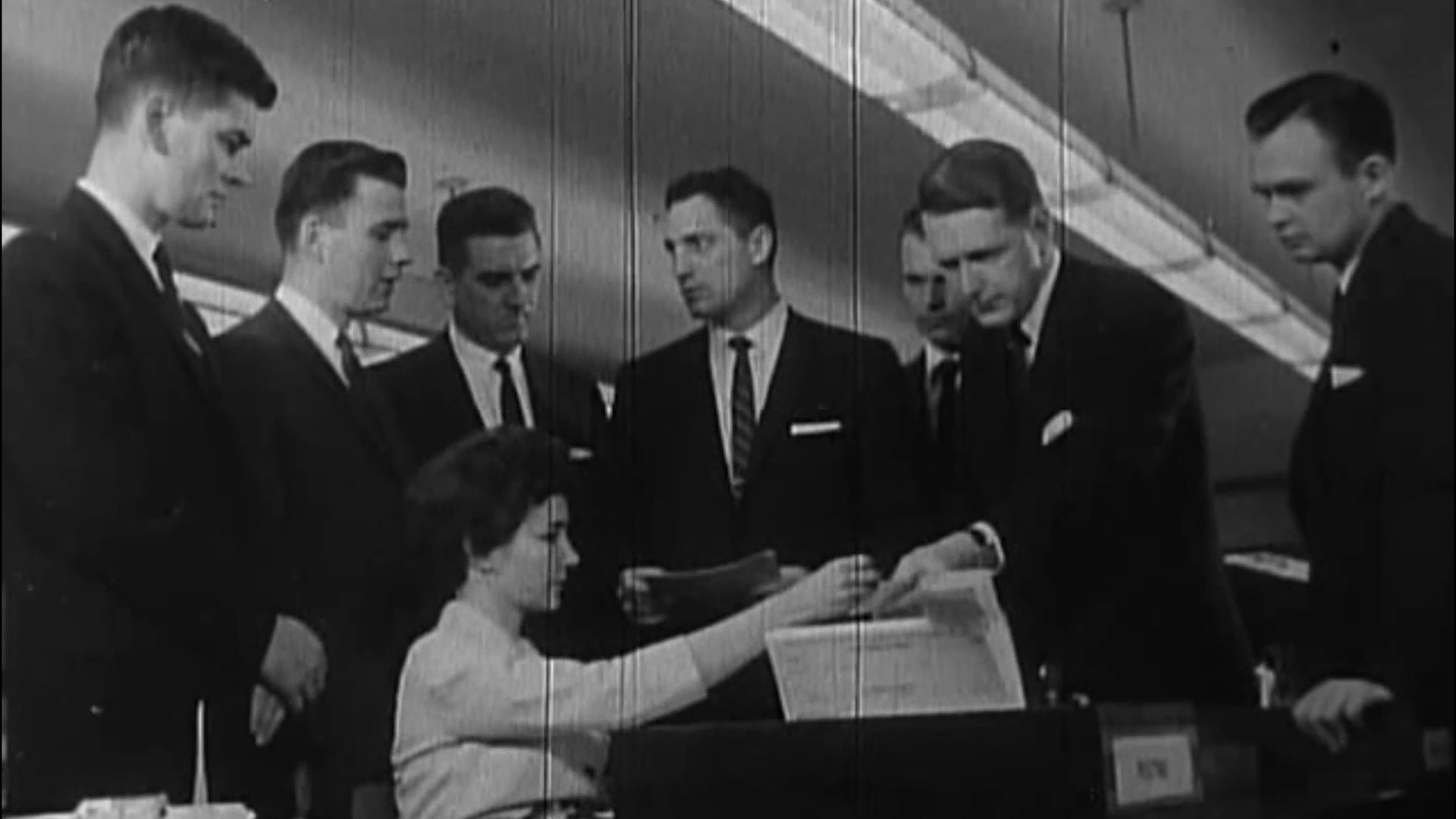 Pollard: It was the three of us, Ben Hedlin [writer, producer], myself, and Laura. It was the best way to work: Keep it close and tight. Don’t get a lot of voices in there. We didn’t show it to a lot of people. You know, I’ve been through this experience where you sometimes show the cut to six, eight, nine, 10 people. You get feedback, which I hate. Really, quite honestly, I can’t stand it. I can’t stand feedback, and I can’t stand the process.

Listen, we all know this. None of us like feedback when we’re creating. So we always have to take a big gulp and say, “Oh, I hate it,” but then maybe there’s something there that makes some sense. And you don’t talk.

One of the things I learned a long time ago as an editor, when I used to screen my cuts with directors and they would start talking — “this doesn’t work, that does work” — I never talked. I never responded because I didn’t want to get into any kind of debate or argument about it. I just want to listen, and try to keep my ears open and pay attention to see if there’s things that do make some sense to me. Because when I was young, I would fight all the time. “You’re wrong, it doesn’t make sense.” But I cooled that out. So I don’t do that anymore.

Tomaselli: The notes Sam and Ben sent through were so either targeted and specific, or made sense to me. Ben, our producer, is a writer, and Sam is an editor, so the notes I would get wouldn’t be like, “We need to make it more lively.”

Pollard: I hate those kind of notes. “Make it more lively.” What the fuck does that mean?

Documentary is so malleable.

You can go through your footage and all of a sudden you see something that makes you say [snaps finger], “Ah.” That’s what’s great about docs as opposed to fiction films, where you’re sometimes restricted by the script and by the actors and the performance and stuff. You can try things.

Tomaselli: I’ve cut a lot of shorter docs, and this is the second feature I’ve cut. And I’ve gotten really good at cutting the heartwarming, appropriate doc, where it’s very boring but you’re telling the story. On MLK/FBI, Sam and Ben were so open to being a little bit more playful when it was appropriate, with Reagan or stuff like that, where you can put in a wink, a little bit, in the middle of so many of the serious things we’re actually talking about in the film. 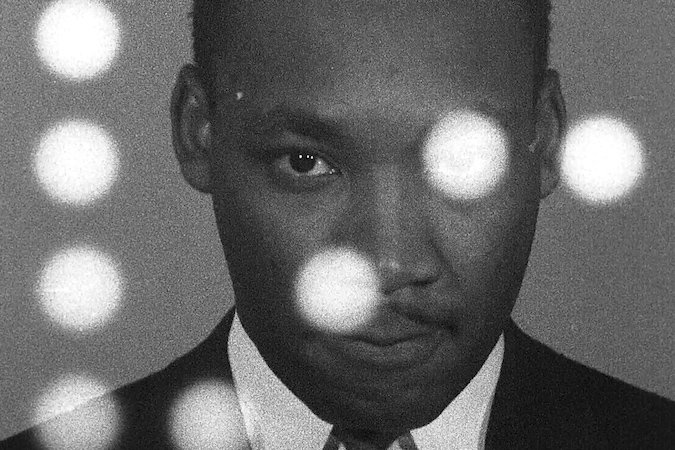 Pollard: One sequence that I initially said to Laura that we shouldn’t keep in the film was the Merv Griffin section. I wasn’t so ecstatic about it, but Laura was persistent that she could make it work. …. I said, “Oh, wow, I was wrong. It’s great.”

Tomaselli: Earlier iterations of that scene I put together almost didn’t serve a purpose. But I always knew in the back of my mind that for people that were my age, there’s an idea of the Santa Clausification of Martin Luther King Jr. For people that only knew him like that, that didn’t know him like a person, that scene connects you to him. You realize he is a father. You see him with his kids. You see him with his parents, you see that he has kind of an overbearing dad. To me, that humanizes him in a way so that when you see what the FBI is doing to him later in the film, you may have an inch more feelings for him as a real person.

Pollard: When you create these people in such a mythological way, you lose the fact that they’re human, like all of us.

Do’s and Don’ts of a Good Director-Editor Collaboration

Sam Pollard: This is me and I’m not all director-editors, but the worst thing that a director-editor can do is to say to someone like Laura, “Well, OK, you’ve taken a pass, now I want to take a pass at it.” Some directors who have edited do that, because they start to believe that only they can make it work. And that’s a Don’t.

The next Don’t to me is never sit over an editor and say, “Cut there, cut there, cut there,” because when I was an editor, I hated that. Just give me the platform to shape. And then come in and give me your notes about what you don’t like, and then I will adjust those things. But don’t sit over me. I used to say, if you do that to me, then I’m not an editor, I’m your assistant. And I don’t want to be an assistant editor. That’s why I became an editor. So those are my Don’ts.

To me the Do is that you trust the person you hired. If you don’t trust them, don’t hire them. Laura’s never going to edit like me.

She’s not going to make cuts the way I make cuts, and I don’t want her to. I want her to bring her own creativity to the material. If we respect that, that’s a great collaboration.

Laura Tomaselli: From the editor side — and I wonder if this rings true for Sam—a lot of directors, (not director-editors) may expect you to be a bit of a mind reader. And I think sometimes that comes from a nervousness about not knowing the right language to use. Sometimes they’ll just say, “Make it viral,” or something like that. And you’re expected to extrapolate what that means. So my advice for directors working with editors is that you can have a long conversation that’s just about what you want to get out of it. And even from that, I can pull down how to cut a scene. Talk more.

MLK/FBI, directed by Sam Pollard and edited by Laura Tomaselli, opens in theaters and on demand this Friday.