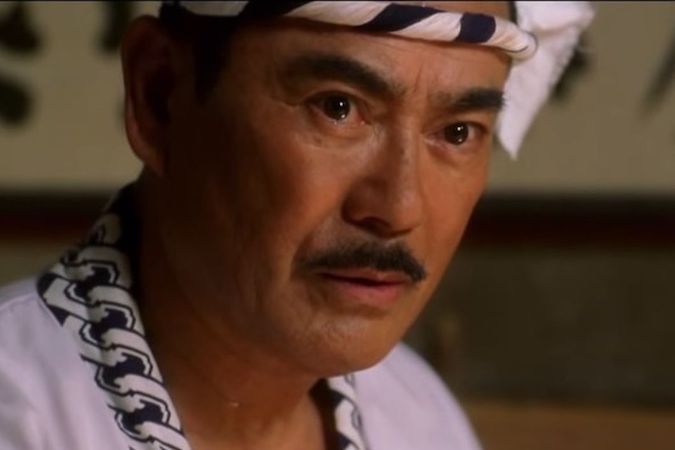 R.I.P. to Sonny Chiba; Michael Shannon on pretending to do acid, and other stars on actually doing psychedelics; escaping the nostalgia trap. Plus: Danny DeVito can keep his check.

But First: Our site is doing something goofy today — words with hotlinks to other pages are not appearing on some browsers. So I’ve placed links to all the stories I’m referencing today at the end of each item. If you click to the right of the last sentence, the link will appear. It is annoying and I apologize. But I also tried to give you enough detail to get the gist without clicking on the links.

Drawerings: We are very proud to present the best-illustrated story you will find anywhere on the internet today: Director Dash Shaw’s account of how he made his new film Cryptozoo, a followup to his film My Entire High School Sinking into the Sea. You can read it and look at it here.

R.I.P. Sonny Chiba: The Japanese martial arts star, who gained wider American recognition when fan Quentin Tarantino gave him a prominent role in Kill Bill: Vol. 1, died on Wednesday at 82 of what his manager and friend, Timothy Beal, said was Covid-19, according to The New York Times. Below is Chiba’s 1974 film The Street Fighter, which famously received an X rating for violence. And here is his New York Times obituary.

Danny DeVito: Don’t worry, Twitter: A very wealthy famous actor did not lose his completely worthless blue check. The Hollywood Reporter did a little reporting to dispel a theory among some on Twitter than DeVito was stripped of the prestigious blue thing next to his name because he expressed solidarity with striking Nabisco workers. In fact, Twitter says, he just needs to update some account information. Hm! Here is the link.

Not Trippin’: Michael Shannon, a non-doer of acid, talked with Margeaux Sippell about how he played those acid scenes in Nine Perfect Strangers: “I’ve talked to a lot of people that have done Ayahuasca, and they say that this is — they swear by it. They say it reveals all the secrets of the universe, but I haven’t dipped my toe in that pool yet.” You can read the whole thing here.

Have a Good Trip: While we’re all here expanding our minds, frequent MovieMaker contributor Greg Gilman, a wonderful dude, interviewed the director of Have a Good Trip, Donick Cary, who is planning a follow-up to the Netflix film, in which people like Sting, Carrie Fisher, ASAP Rocky, Anthony Bourdain, and Ben Stiller recount their experiences with psychedelics. It’s in Psychedelic Spotlight, The Psychedelic News Source, not to be confused with Funk Weekly, the Funkadelic News Source. Here is a link.

Good Read: Lisa Whittington-Hill has an interesting essay for The Walrus about how we’ve used nostalgia to get through the last year. The headline — “I’m Sick of Reboots and Rewatches and You Should Be Too” — made me fear it might be a dressed-up version of the old “Hollywood has no new ideas!” rant, but no. It’s a thoughtful exploration of how we glorify the past when the future dries up* — that also implores us to get out there and build a future. Here is the story.

* a line I think about constantly from the U2 song above about a guy who wrote a biography of John Lennon.