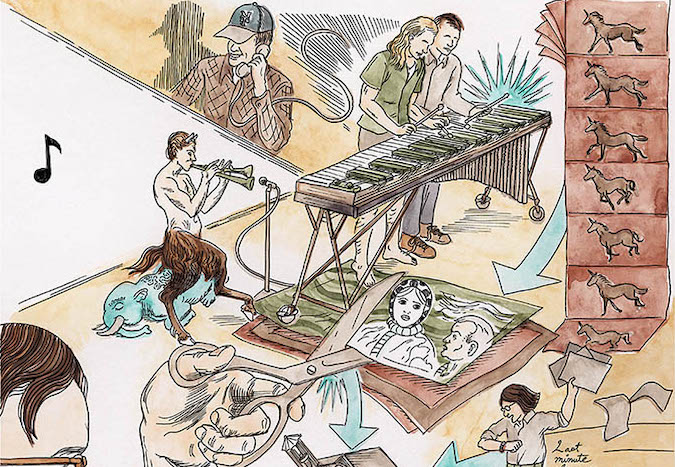 Dash Shaw is a Richmond, Virginia-based cartoonist and animator and writer-director of the animated feature Cryptozoo. In this feature, Shaw explores — in both hand-drawn image and text — each stage of his creative process, from writing the script all the way to audiences seeing Cryptozoo in theaters.

Cryptozoo is an animated film about a 1960s zoo that rescues and houses mythological beings a.k.a. “cryptids.” It was inspired by a few different things. One was an interest in drawing as our first and only way of seeing imaginary beings. Cryptids cannot be photographed. Drawing is a direct circuit to imagination. My wife Jane, who painted most of the cryptids in the movie, ran an all-women’s Dungeons & Dragons group in Brooklyn. I wanted to write something she would enjoy contributing to, and I think that inspired the mostly female cast of the movie. When she had the D&D group, it was when I had a fellowship at the New York Public Library and one of the other fellows there was researching countercultural newspapers of the 1960s from around the world, which the NYPL had an amazing archive of. Those inspired the 1960s timeframe. 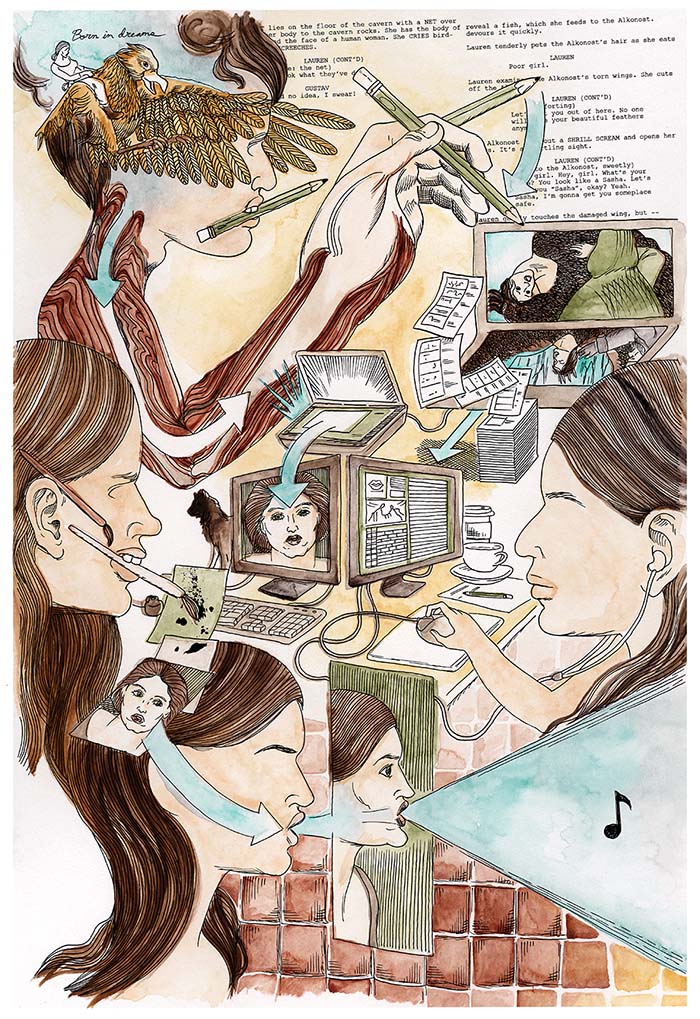 My first movie, My Entire High School Sinking into the Sea, I wrote assuming I wouldn’t get any good actors. That dictated the main dissonance in the movie, which is that while it’s a disaster movie, the characters remain talking about school and mundane things. I thought that might work if it was just recorded with my friends. But, wonderfully, I ended up getting great actors in that movie. So, when it came time to do Cryptozoo, I wanted to write more nuanced, specific parts. I wanted to write something more complicated — morally, emotionally and technically — than my first movie, while still having the pop art sensibility.

2. The storyboards into the computer

Jane, the animation director, created a Google spreadsheet that saved the film (and our marriage). Instead of arguing with each other face-to-face, we’d type our notes into the Google sheet under the appropriate asset. Every shot and every asset had a line with specific stages that interns or assistants would write their name into as they completed it, so we would know exactly who to blame if something went wrong.

None of the characters look exactly like the actors, but I tried to take some spiritual element or sideways inspiration. Lake Bell, who plays Lauren, is a perfect example. Her voice and appearance suggested she could have been a Pre-Raphaelite woman. The Dante Gabriel Rossetti paintings of Jane Morris are iconic, on every teen girl’s bedroom wall, but I had never seen that look in a film before. 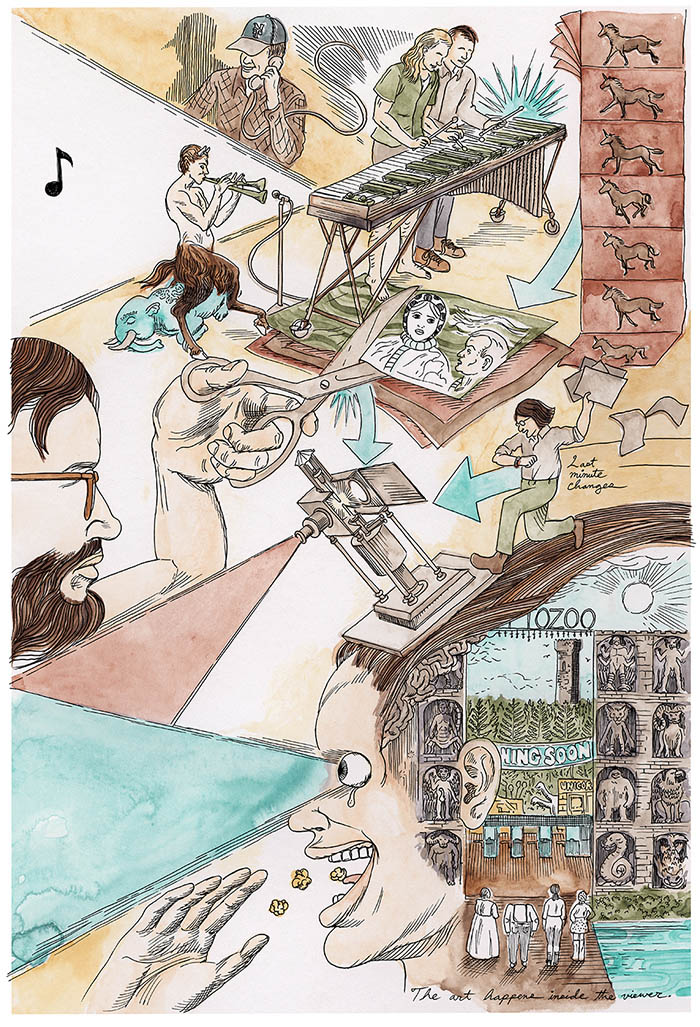 The films Cryptozoo I hope is in the lineage of, like Akira and Fantastic Planet, all have really surprising, original scores — a magical friction between sound and image. I called the label Jagjaguwar and the first person they recommended was John Carroll Kirby. I had never heard of him before, but I listened to his album Travel and fell in love. He was perfect for Cryptozoo. Years later, when the project was ready for him, he’d made more albums and become more well-known. He had never scored a film before. We only got him because his tours had been canceled due to the pandemic. He was quarantined at home, so he scored Cryptozoo.

I think of my films as large collages. Collage is like directing, in that you’re orchestrating different elements to arrive at one unified composition. The goal is to find interesting arrangements, harmonies or juxtapositions between everything — the story, characters, and the formal properties. Alex Abrahams and Lance Edmands, the Cryptozoo editors, are key collaborators. Often the pieces I give them feel flat, like storyboards or video game playthroughs, and with their magic wand they turn it into cinema, a felt time-based experience. The best feeling is when inspiration strikes and an element that shouldn’t work, does. A familiar object is placed into a new context and its meaning changes.

I believe in the “beholder’s share,” the idea that an art piece is ultimately completed in the viewer’s mind. I definitely feel this when a film plays in different places in different contexts. I did the best I could to provide my contribution, and I hand it over to the viewer, to be completed in their time and place, which is different from the time and place I made it in. I have to accept this exchange, and trust, respect, and even love the viewer — strangers I do not know! They outnumber me and are more powerful than me!

Cryptozoo, written and directed by Dash Shaw, opens in theaters and on demand on Friday, from Magnolia Pictures.