Quibi Is the Next Inevitable Step Towards Vertical Streaming 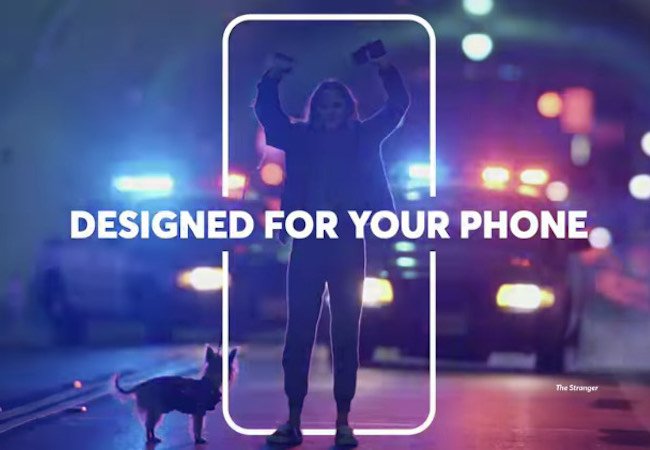 With the launch of Quibi, entertainment media takes its next step towards vertically formatted streaming — and breaks from a century-old tradition of movies and TV shows being made for horizontal screens.

In May of last year, No Film School reported on Samsung’s release of “the Sero,” a television capable of rotating 90 degrees. The product was devised with social media in mind, as most popular apps orient their content to fit a right-side-up screen, rather than a horizontal one.

The Sero allows viewers to watch Instagram, Snapchat, or any other social-media content in an upright-phone-like aspect ratio. Even as recently as one year ago, such an invention seemed unlikely to take off.

Enter Quibi. The new streaming service, with a name derived from a combination of the words “quick bites,” features shows to be watched in ten-minute episodes. The app is only the latest development born of the streaming era. But the short episode lengths may not be the most revolutionary thing about Quibi.

This week, it launched the new “Turnstyle,” feature, which allows viewers to seamlessly toggle between aspect ratios on their phones or tablets. Whether you are holding your phone horizontally or vertically, the subject of the shot remains the same.

Vertical viewing has entered the mainstream.

Quibi has partnered with established filmmakers and actors in the hopes that this unprecedented streaming method will prove sustainable. “Turnstyle” means you can watch Liam Hemsworth and Christoph Waltz in a modern reimagining of Richard Connell’s short story, The Most Dangerous Game, in a vertical or traditional horizontal ratio. And major filmmakers such as Antoine Fuqua plan to release shows on the app in the coming months. To enable this feature, filmmakers and showrunners must submit two edits of any Quibi content — one to fit an upright screen, and another to fit a sideways screen.

Director and producer Veena Sud, whose new show The Stranger is available now on Quibi, told the Los Angeles Timesthis week that she was initially skeptical of vertical viewing — but decided to give it a chance.

Can You Shoot a Film Now With a Small Crew? Some Good Legal Advice (and Human Advice)
Daddy Issues Issues: What We Learned From Producing Our Narrative Feature Debut