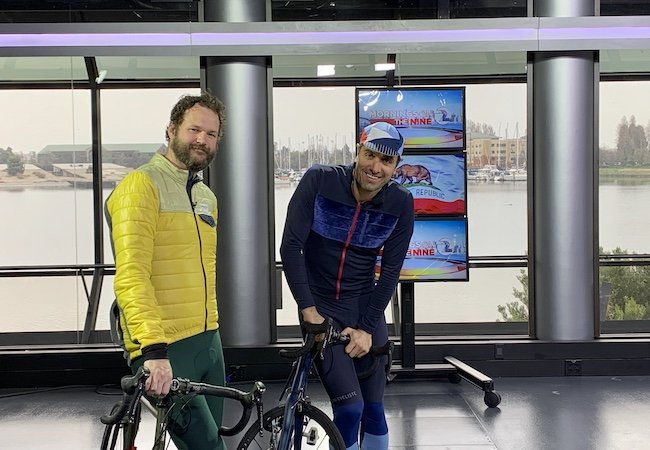 Michael Angelo Covino and Kyle Marvin co-wrote and co-star in The Climb, a hilarious love letter to a complicated but enduring friendship that features cycling as its central metaphor. Because they love bikes, they planned to ride through cities across the country to promote the film.

Instead, they found themselves sidelined as fears of COVID-19 swept across the stops on their tour — like shards of glass spiking America’s tires.

Covino and Marvin brought bikes to The Climb premiere last year at Cannes, and even on the blue carpet at the Independent Spirit Awards, where The Climb was nominated for the Best First Feature Award. They were thrilled when their distributor, Sony Pictures Classics, set up a multi-city bicycle press tour ahead of the film’s planned March 20 release date.

“Selfishly, it was like a way to break up our press tour and not just show up, talk, and leave,” Covino, who also directed the film, told MovieMaker.

What eventually happened, according to Marvin, was “surreal.” What follows is a stop-by-stop account of their experiences while promoting their debut feature — as a global crisis unfolded.