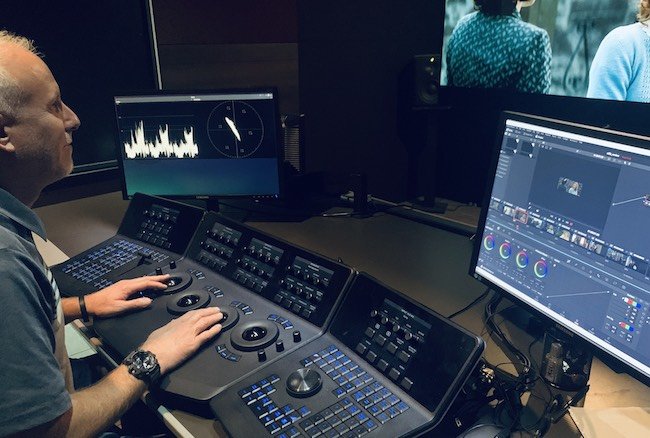 The world of moviemaking is in a constant state of evolution, and the demand for a wider variety of content is growing. It’s an exciting time to be a moviemaker, but between pre-production, production, post, and distribution, the journey can feel long. We asked three industry experts: Technicolor colorist Travis Flynn, visual effects (VFX) creative director Paul Ghezzo, and sound re-recording mixer Vicki Lemar, to share their tips on making the most of your time and budget and preparing for the post-production process.

MovieMaker Magazine (MM): How early in the moviemaking process should a colorist become involved?

Travis Flynn (TF): A colorist typically won’t be involved in an indie project’s early stages, but it’s a plus if they can be part of your camera and wardrobe tests. This gives the moviemaker and colorist an opportunity to collaborate with some different LUTs (look-up tables) and color looks.

MM: What’s the most important thing to keep in mind when going into color finishing?

TF: Time. Understand that you need to get through your entire production in a set number of hours. It’s not uncommon on lower- budget movies for the director to become fixated on the small stuff, and that might impact your ability to get a good pass on the movie. Obviously the more time you have the better, but your budget won’t always allow for that. Most of the indies I’ve been involved with take about 40 hours in color finishing.

MM: Does the approach a colorist takes on indie projects differ from their approach on big-budget films?

TF: Perhaps a little bit. The goal, no matter the budget, is to make the movie look great and achieve the director and DP’s vision, but when a colorist has less time, that goal has to be achieved with broader strokes. Getting a good first pass and balancing each scene can cut into your hours, so it’s important to save most of the secondary work of a colorist for the final pass.

MM: What are some challenges you’ve encountered working with moviemakers who are early in their careers? How did you overcome these challenges?

TF: There are always challenges: underexposed shots, pickup shots that have different lighting, weather changes. I recently worked on a project that had a few shots that were supposed to be late night, but with their shooting schedule, they had to shoot them in the late afternoon. We were able to get the shots to fit into the scene, but that extra time cut into our overall hours. Many obstacles in the color grade can be overcome, but the more you get right on set gives you more time to fine-tune your movie in the color bay. Always try to plan for a color session. There will always be challenges on set and usually not enough time to get everything lit and balanced the way you want. But if you have color time included in your budget, your colorist can help enhance whatever footage you get. 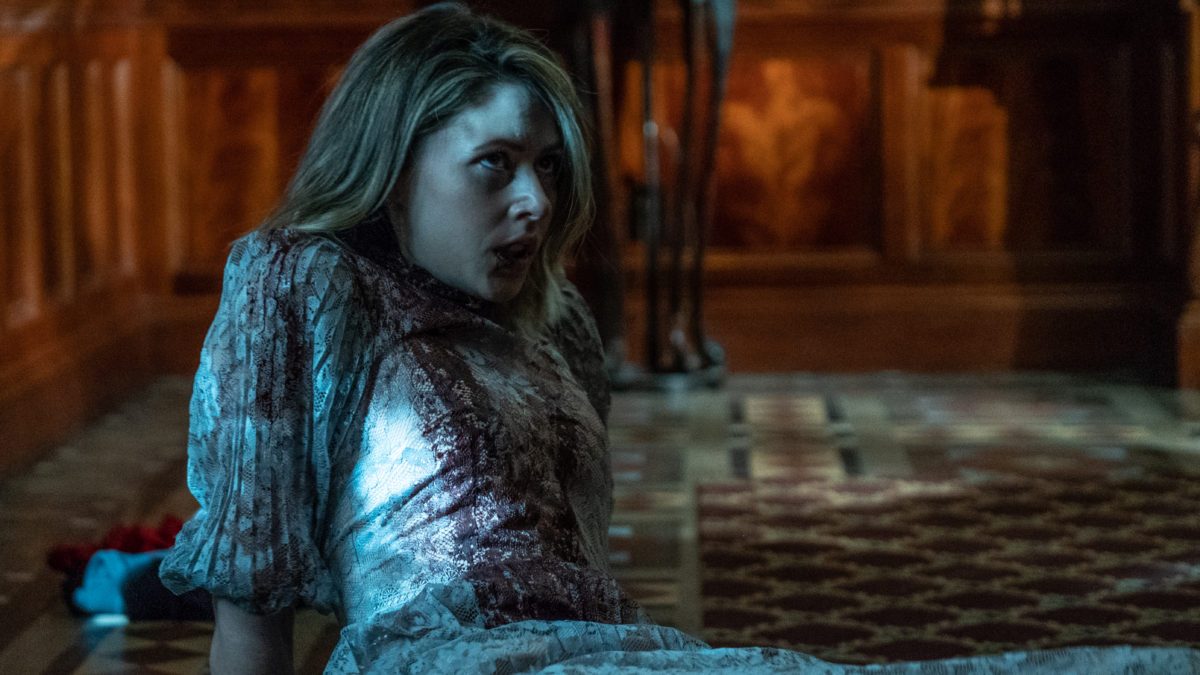 Travis Flynn of Technicolor was the colorist for the recent Amanda Crew-starring horror-comedy Tone-Deaf.

MM: How early in the moviemaking process is ideal for the VFX team to become involved?

Paul Ghezzo (PG): Ideally, from the beginning. Although VFX is considered part of the post- production process, it can and should be utilized as part of the overall moviemaking process, from pre-production straight through to finals in color. Your script can dictate or allude to how something is meant to be shot and there are many ways to shoot a VFX shot that will directly affect its complexity and cost. Bringing in your VFX team early to collaborate with the production team will often lead to more efficient ways of filming that shot. If safety or logistics are the issue, VFX can often offer solutions too, which can lessen any risk and speed up production, saving time and money.

Also read: A Seasoned Colorist Breaks Down the Process, and How It Will Enhance Your Movie

MM: What key things should a moviemaker keep in mind when going into the VFX stage of post?

PG: The main question moviemakers should ask themselves is, “What is the desired final effect?” What should my VFX do? Look like? Fill in? Replace? VFX allow for virtually anything to be “dialed in” or art-directed right down to the last minute, but spending a lot of time trying to refine or simply find what the right look for the effect is can be costly and time consuming. Your best course of action: Work with an art director or concept artist to find references for your desired effect, so that there’s no ambiguity as to the direction and what the final product should be.

MM: How much time should be set aside for adding VFX to a film or TV production?

PG: It’s hard to say with certainty, since each project can have an entirely different set of needs and desires. But even the most straight-forward comedy or drama will need titling and potentially screen replacements, beauty work, etc., and that can take a day or two. So, if your VFX needs are pushed off until your project enters post, then often the time and money budgeted for VFX may not be adequate.

Also read: How to Get Your Film Into Festivals: MovieMaker’s Screener Survey

MM: What is the financial impact of incorporating VFX into an indie production? At what point should a moviemaker start thinking about budgeting for VFX?

PG: Start budgeting from the very beginning. Having a budget throughout all of post is absolutely necessary. Allocating money for VFX can be a big part of this, and the process begins before the cameras start to roll. An average episodic production spends approximately $250-500 per minute of on-location/in-studio time (including cast, crew, insurance, location, craft services, transportation, make-up, etc.). Take an educated guess at what your per minute costs may be, then weigh it against what VFX can do for you. One educated decision on or off set could save you thousands of dollars of production time and unusable footage. For example, using real firearms and firing blanks on set requires serious safety measures that can be very time-consuming and nickel and dime a production. Often, the blanks fired don’t give off the desired muzzle flash and may need to be enhanced in post, and the squib hits may need to be done in post as well. But using airsoft guns will remove these safety issues and speed up production time, and then your muzzle flashes, shell ejections, and squib hits can be done in VFX and art-directed.

MM: What are the best tools an indie moviemaker can use to improve the post process?

PG: Use the pre-production phase as a tool: It will offset your learning curve in post. Storyboarding, animatics, and a rough cut will pay for themselves by educating your production team and helping everyone to get on the same page and identify possible problems before they occur. Storyboards not only help with blocking performances and camera and lighting angles, but also help every department understand what is needed per shot or sequence. 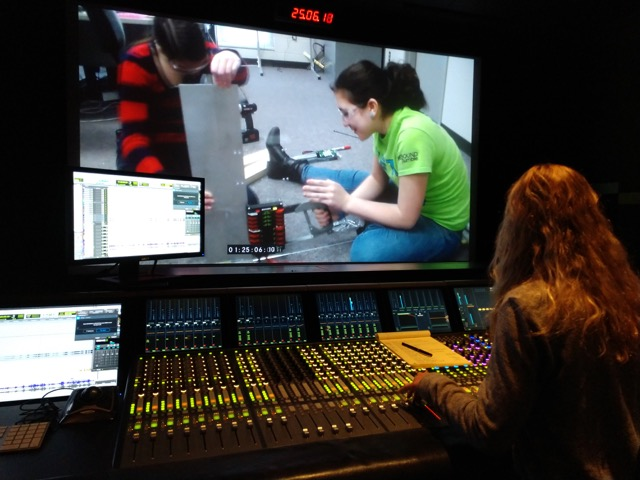 MM: How do time and budget factor into the sound mixing process?

Vicki Lemar (VL): Just like any other part of the process does when you’re on tight budget, managing expectations, and picking your battles. Everyone is doing their best with the time and resources available and sometimes you might not get things crossed off of your wishlist. A good place to start, though, would be to have one day of pre-dubbing and one day of final mixing per reel. A five-reel film, for example, will have five days of pre-dubbing and five days of final mixing.

MM: Does a sound mixer’s approach on indie projects differ from their approach on big-budget films?

VL: Yes. On indie productions, crewmembers will often wear multiple hats. On those I’ve worked on, I’ve been the sound supervisor and re-recording mixer and done my own dialogue editing. I also try to keep ADR to a minimum to keep costs down. I’d recommend not shooting Loop Group (walla ADR) and using cut walla from a sound effects library instead. Using library effects will be sufficient for most projects and it’s a huge cost saver.

MM: Any words of wisdom gleaned from your experience working on indie productions you’d like to share?

VL: First, be mindful of time. Once we’re on the mix stage, I’m mixing alone and trying to make sure all of the director’s requests are being met. Often that means re-editing something that’s not working or tracking down a missing element, so I’m not paying much attention to the clock. A “Hey, let’s stop and take a lunch break” or “Let’s stop for the day” is much appreciated! Also, be sure to hire a good production sound mixer and get your actors to articulate even in sotto voce. And lastly, being a first-time moviemaker or early in your career is a great learning opportunity. Don’t be afraid to ask questions.

Technicolor colorist Travis Flynn’s recent credits include Tone-Deaf, Tell It to the Bees, and the HDR/SDR mastering on Mary Poppins Returns. Paul Ghezzo is an Emmy-winning CG supervisor whose credits include Westworld, Captain America: The Winter Soldier, Iron Man 3, The Orville, and Man of Steel. Vicki Lemar is a CAS-nominated sound re-recording mixer whose credits include Strange Angel, Grace and Frankie, and Jessica Jones.

How to Get Your Film Into Festivals: MovieMaker’s Screener Survey
Willem Dafoe on Acting: ‘The Challenges Are the Blessings’