The Lost Pirate Kingdom: What You Need to Know About Anne Bonny, Irish Woman Pirate 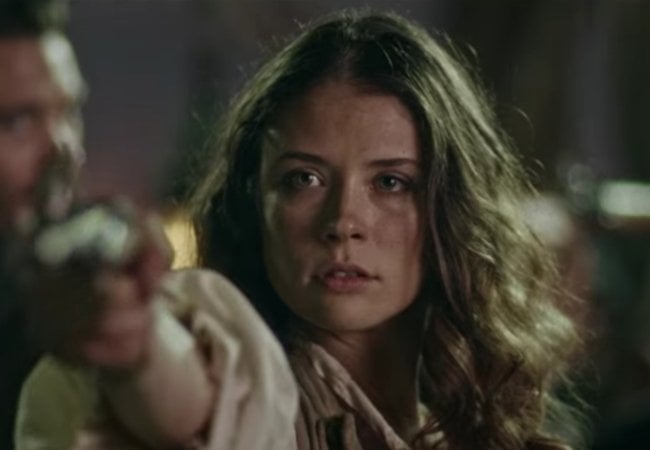 If you’ve seen Netflix’s The Lost Pirate Kingdom series, you may have a hankering for more information about Anne Bonny, the Irish woman pirate. Though the overwhelming majority of pirates in the 1700s were men, women did participate in the Golden Age of Piracy — and Anne Bonny was among the most famous.

According to both Encylopedia Brittanica and the Netflix series, which features dramatic reenactments and insight from pirate historians, Anne Bonny was born Anne Cormac around 1698 in Cork, Ireland. Her father was a lawyer named William Cormac and her mother was a maid working in his household.

According to journalist Jessica Cale in The Lost Pirate Kingdom, Anne’s father initially tried to disguise Anne as a boy, telling his wife she was one of his young clerks. But according to Britannica, his wife soon discovered the truth of his affair, and Cormac left his law office with Anne and her mother to emigrate to America.

They landed in Charleston, South Carolina when it was still called Charles Towne. Not long after their move, when Anne was 12 or 13, her mother died of Typhoid fever, the encyclopedia adds.

Laura Duncombe, author of Pirate Women: The Princesses, Prostitutes, and Privateers Who Ruled the Seven Seas, backed up that history in The Lost Pirate Kingdom. 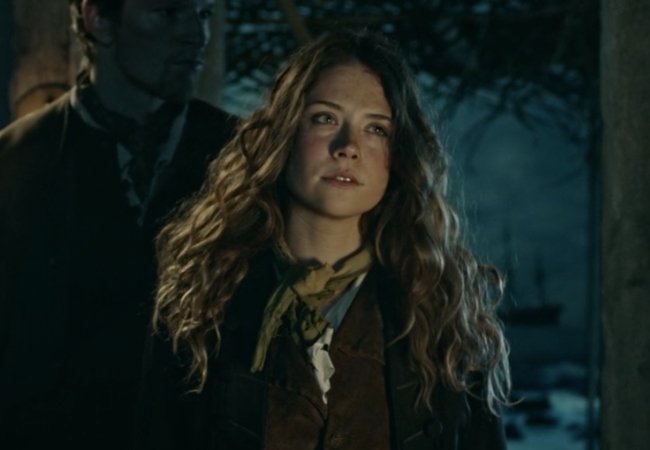 “He goes into business and makes more money than he ever did as a lawyer, so he is the head of this prosperous estate and Anne is, from the age of 12, mistress of that estate,” she said. “Her mother passed away not long after they moved to the American colonies.”

According to Britannica, instead of marrying the man her father had betrothed her to, she rebelled and married a sailor named John Bonny instead, and together they sailed to the island of New Providence in the Bahamas. Soon, Anne became dissatisfied with her marriage and took up an affair with the pirate John “Calico Jack” Rackham.

The Netflix series’ reenactment also places her in affairs with pirates Benjamin Hornigold and Edward “Blackbeard” Teach, though it may be a case of artistic license on the show’s part, as there there is no direct evidence to support those encounters.

According to Smithsonian Magazine, her relationship with Blackbeard may have been anything but affectionate.

Also Read: The Last Blockbuster Reveals the Real Reason Why Blockbuster Shuttered – and It’s Not Netflix

“Female pirates remained an anomaly and perceived liability; Blackbeard, for one, banned women from his ship, and if his crew took one captive she was strangled and pitched over the side,” a 2011 article reads. “Anne refused to be deterred by this sentiment. Upon joining Rackam’s crew, she was said to have silenced a disparaging shipmate by stabbing him in the heart.”

The encyclopedia entry also states that Anne Bonny was known to participate in armed battles aboard ships disguised as a man, but did not hide her gender from her crewmates. It also mentions one of her contemporaries, a fellow woman pirate named Mary Read.

In 1720, Bonny, Read, Rackham, and the crew of a ship called the William were pursued and captured by a privateer who took them back to England and put them on trial for piracy, which was illegal at the time.

According to the Charleston Post and Courrier, a shipowner named Thomas Dillon who had been robbed by the pirates testified as a witness at Bonny and Read’s trial that both women “were both very profligate, cursing and swearing much, and very ready and willing to do any Thing on Board.”

Anne’s lover, Rackham, was found guilty and hanged along with his crew, while Read and Bonny’s newly-discovered pregnancies saved them from the gallows, according to Britannica. Read later died in prison, whereas Anne’s father’s influence likely led to her release. She ultimately returned to Charleston, married, had children, and is believed by historians to have lived until about 1782, making her not only a rare woman pirate — but one who lived to see old age. She would have been more than 80.

How Fire Bones Crosses Mediums to Tell a Story Both Digital and Handcrafted
How Much Did Olivia Jade Know About the College Admissions Scandal?