Netflix’s The Lost Pirate Kingdom series retraces the history of many famous pirates of the Golden Age of Piracy. Among them is Samuel Bellamy, also known as Black Sam Bellamy, whose ill-fated love affair with Cape Cod woman Mehitable “Goody” Hallett — nicknamed the Witch of Wellfleet — has become the stuff of legend.
Not much is known for certain about Bellamy’s early life, but historians believe he was born in Devon, England in the late 1600s, according to the New England Historical Society.
According to The Lost Pirate Kingdom, Bellamy’s motivation for becoming a pirate had to do with his love for a girl whose wealthy family did not approve of him. After fighting in the War of Spanish Succession as a young sailor in the British Royal Navy, he ended up in Cape Cod, Massachusetts around the year 1715, where he met “Goody” Hallet, whose first name, Mehitable, was identified by historian Dr. James Cunningham on the ancestry website Geni.com.
Also Read: Cecil Hotel Director Wants Viewers to Stop Cyberbullying People From the Series
Cunningham notes that Hallett is referred to as Maria in Elizabeth Reynard’s book The Narrow Land: Folk Chronicles of Old Cape Cod, and in other cases as Meriah or Mary Hallett. But Cunningham notes that a Spanish-Catholic name like Maria would have been inappropriate for a girl born to a late 1600s Protestant-English family. He also noted that Mehitable was a popular Old Testament name at the time, while “Goody” was short for “the good woman of the house” and could be used in place of “Mrs.” He also vouched for the truth of Hallett’s relationship with Bellamy. 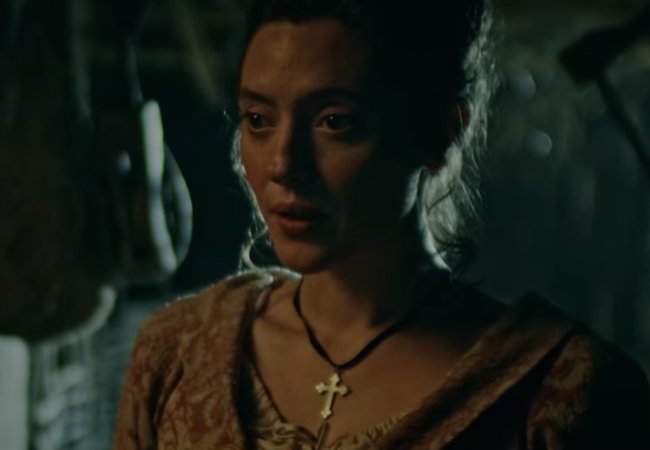 Historians interviewed in The Lost Pirate Kingdom also had a lot to say about their legendary love affair.
“Sam Bellamy took one look at her, fell in love — but he is a poor, impoverished sailor,” historian Iszi Lawrence says in the doc.
From that point on, their love story became embedded in Cape Cod lore.
“Her parents were not in favor of any kind of union between them,” Jessica Cale, editor of a blog called Dirty, Sexy History, says in the docuseries. “They were wealthy farmers and they didn’t think that he would be able to provide for her in the way that she was used to.”
Soon, Hallett was pregnant with Bellamy’s child, according to National Geographic, NEHS, and the Netflix docuseries.
“This was a very strict religious society. This is not a society that has any kind of tolerance for anything like premarital sex,” Cale added.
It’s unclear whether Bellamy knew of Hallett’s pregnancy before he teamed up with Rhode Islander Paulsgrave Williams in the hopes of profiting off of a fleet of treasure-laden Spanish ships that were wrecked in a storm off the Florida coast. But according to the docuseries, his inspiration for setting sail was to earn enough money to return to Cape Cod and get Hallett’s parents’ permission to marry her.
Also Read: Netflix’s The One: Is DNA-Based Dating a Real Thing?
However, by the time he and Paulsgrave reached the wrecks, an Englishman named Benjamin Hornigold and other pirates had already beaten them to the treasure, according to the docuseries and the NEHS, which adds that Bellamy and Paulsgrave then teamed up with Hornigold and began pirating under him before the crew mutinied and rejected Hornigold as captain in favor of Bellamy. 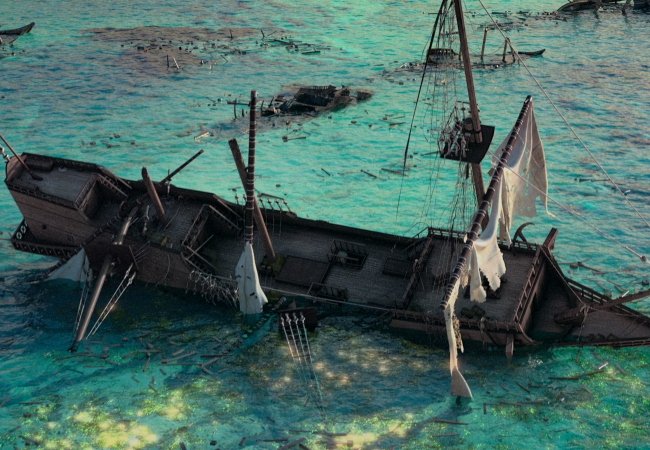 A shipwreck pictured in Netflix’s The Lost Pirate Kingdom.

During his career, Bellamy and his crew captured 53 ships, according to the NEHS. He was deemed the wealthiest pirate in history by Forbes, which calculated that he amassed the equivalent of $120 million in plunder over his short lifetime.
He earned his nickname “Robinhood of the Sea” for his generous and merciful nature in an industry that was known for its cruelty. According to NEHS, there is no record of him ever killing one of his prisoners, and he is also known to have given back ships and cargo to the people he stole from if he no longer needed them. His other nickname, “Black” Sam Bellamy, came from his habit of wearing his black hair tied back in a ribbon in lieu of the powdered white wigs that were fashionable at the time.
In 1717, he captured a slave ship called the Whydah Galley, but only captained it for two months before he died in a shipwreck at the age of 28, according to the NEHS.
The Whydah’s wreckage was discovered off the coast of Cape Cod in 1982 by Barry Clifford, according to massmoments.org. It was authenticated in 1985 when Clifford uncovered the words “The Whydah Galley 1716” engraved on the ship’s bell.
According to National Geographic, after capturing the Whydah, Bellamy set sail for New England to reunite with Hallett — but if the legend is true, he never made it back to her.
Hallett later gave birth to a child that died during infancy, according to NEHS, which also cites a blog post on a local legend that claims Hallett was given a short jail sentence for the child’s death and was later exiled from Wellfleet, Massachusetts.
Geni.com also notes that Hallett was banished from the town by Justice Joseph Doan and died in 1751.
All six episodes of The Lost Pirate Kingdom are now streaming on Netflix.
Main Image: Pirate “Black” Sam Bellamy played by Evan Milton in Netflix’s The Lost Pirate Kingdom.