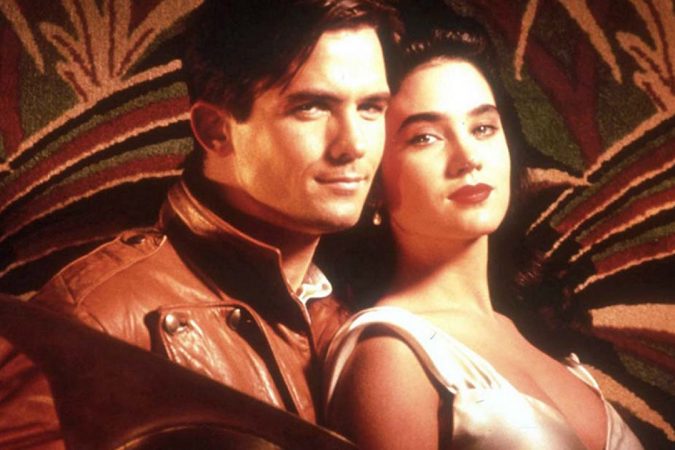 But First: Screenwriters, September is a huge month for screenplay competitions. We’ll have a list of some of the heavy hitters you should consider entering in September (which is, wow, tomorrow) later this week.

How Do I Make Sure I Don’t Miss It?: Subscribe to this very newsletter.

Rocketeer Reboot: Deadline exclusively reports that Disney+ will revive the 1991 adventure film The Rocketeer, with married couple David Oyelowo and Jessica Oyelowo teaming up to produce under their Yoruba Saxon banner. (He once explained to me that he’s of Yoruba descent, and she’s of Saxon descent.) David Oyelowo may also star, which would be great. Love him.

I Am a Relative Youth. What Is The Rocketeer? It is the story of a test pilot (Billy Campbell) who finds a powerful jet pack in 1938 that draws the attention of Howard Hughes, the FBI and Nazis. It earned good reviews but didn’t do much at the box office. It was directed by Joe Johnston, who would later directed a far more successful World War II superhero movie, Captain America: The First Avenger.

A Plug: Here is David Oyelowo talking with director Will Gluck about his directorial debut from last year, The Water Man. I learned a ridiculous amount from this interview, including the filmmaking advice he received from his Selma director, Ava DuVernay.

Which Was…? “She said to me that a mistake that she felt she had made earlier on in her career is that she would direct a funny scene like it was from a comedy, or an action scene like it was from an action movie, or something dramatic in that sort of dramatic way. And she said that by Selma, she had landed on the fact that you have to know what the central theme of the film is and apply that to every scene.”

Fat Suit Regrets: Sarah Paulson’s decision to wear padding to play Linda Tripp in Impeachment: American Crime Story elicited social media blowback, and Paulson was very reflective in a Los Angeles Times interview where said the “controversy is a legitimate one” and agrees that “fat phobia is real.” She tried to balance everything she thought she could bring to the role as an actor with the need for a physical transformation. “I think the thing I think about the most is that I regret not thinking about it more fully,” Paulson added. “You can only learn what you learn when you learn it. Should I have known? Absofucking-lutely. But I do now. And I wouldn’t make the same choice going forward.”

What Happens in Vegas Doesn’t Necessarily Stay in Vegas: Remember how one of the most interesting questions in the Michael Jordan doc The Last Dance was what his Chicago Bulls teammate Dennis Rodman was always doing in Las Vegas? Including at several crucial moments for the team? We’ll soon get one screenwriter’s version of the story. Deadline exclusively reports that Lionsgate has won the rights to Jordan VanDina spec script 48 Hours in Vegas, which is “inspired by” the story of Rodman going on a “madcap adventure with his skittish assistant GM in the middle of the 1998 NBA Finals.”  It will be produced by Phil Lord, Chris Miller and Aditya Sood for Lord Miller, the production company behind Spider-Man: Into the Spider-Verse, among other great projects. 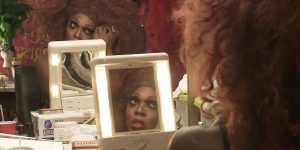 Tallgrass: The Tallgrass Film Festival, which will be held Oct. 20-24 in downtown Wichita, Kansas, just unveiled its lineup. I’m most intrigued by the closing night film, Being BeBe, which, according to Tallgrass,  “intimately charts 15 years in the life of drag performer Marshall Ngwa (aka BeBe Zahara Benet): An immigrant to America from homophobic Cameroon, first champion on reality TV phenomenon RuPaul’s Drag Race, and a leading artist celebrating Black Queer Excellence today.” Here are more details on Tallgrass.

More The Rocketeer: Here is the trailer for original Rocketeer, which I saw in a theater when I, too, was a relative youth, before knowing what a huge fan I would become of supporting players Timothy Dalton, Paul Sorvino, and Terry O’Quinn. Jennifer Connelly is also awesome in it, and everything. And Sir Anthony Hopkins (uncredited) does the vroom vroom rocket sounds.

Really? No. But it is true that Dave Stevens, who created The Rocketeer as a comic-book character in 1982, once considered making a film adaptation that would be a “b-&-w independent, very low-budget, like the old serials,” according to this interview. This was back in the 1980s, when Hollywood had little interest in comic-book adaptations. Oops.

Comment of the Day: Commenting on our post Tom McCarthy and Moral Authority: Stillwater Travels to France to Examine and American Ideology, DeAnn Norstrom Shawkey writes: “Just saw Stillwater in a theater (first time in close to a year. Went back two days later to see again. I’m a young 84 recent widow who lived at the movies as a child and have my top favorites. The CASTING, EDITING, DIRECTING, FILM LOCATIONS, PACING – truly exceptional. Can’t stop thinking about it and recommending everyday. Must have been starving for some film excellence and got my nose out of a book for a change. As a well traveled person, I found the setting in Marsaille worked well for the reasons voiced by Camille. Perhaps Matt Damon has even better years ahead as I found him more handsome in a subtler way now than his earlier years.” What a wonderful, thoughtful comment — thank you DeAnn! I agree.