Warning: preg_match(): Allocation of JIT memory failed, PCRE JIT will be disabled. This is likely caused by security restrictions. Either grant PHP permission to allocate executable memory, or set pcre.jit=0 in /home/customer/www/moviemaker.com/public_html/wp-includes/load.php on line 43
 Stillwater Travels to France to Examine an American Ideology 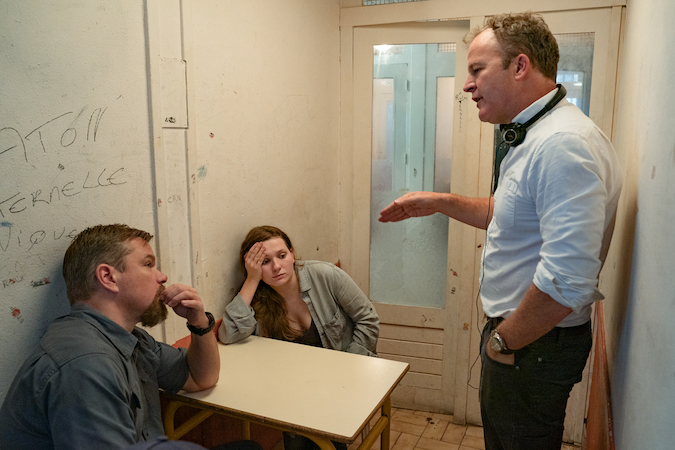 Watching dailies of his new drama Stillwater, Tom McCarthy kept noticing something about the performance of his lead Matt Damon: He seemed angry.

McCarthy couldn’t figure out why, so the director asked Thomas Bidegain and Noé Debré, his French co-writers.

They explained very simply: Damon seemed angry as he delivered certain lines because McCarthy seemed angry when he wrote them.

McCarthy was taken aback. He did?

“And they’re like, ‘Yeah, just in general. We’d start every writer session with a half hour where you would just complain about what a mess the country was and how angry you were about it,’” McCarthy recalls.

Damon had tapped into something McCarthy wasn’t consciously doing.

The film is McCarthy’s second feature since his 2015 film Spotlight won the Oscar for Best Picture, and he won for best original screenplay. But Stillwater precedes Spotlight, in a way. McCarthy completed the script about nine years ago with co-writer Marcus Hinchey — but something was off.

“The idea was good,” McCarthy says, but: “it just felt like a straight-up thriller.”

Damon stars as Bill Baker, an Oklahoma oil worker, or roughneck, whose daughter Allison (Abigail Breslin) has been found guilty of murdering her girlfriend in Marseille, France. Bill tries to clear her name, with help from a French woman, Virginie (Camille Cottin). 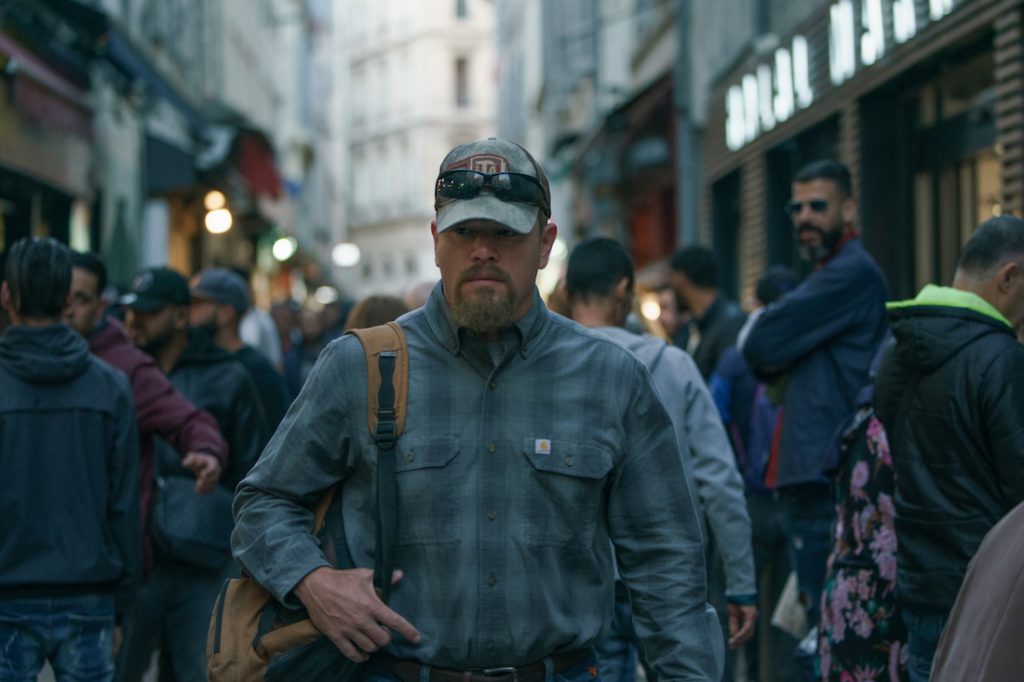 When McCarthy picked up the script again two years ago, America had changed — and his film had a new resonance.

“At that point, Trump had come into the White House, and I was seeing America in a completely different way,” he says.

He sent the script to Bidegain and Debré, who have worked on Jacques Audiard films like Dheepan, Rust and Bone and The Sisters Brothers, and told them bluntly: “Look, I’m not particularly happy with this, but I like the idea.”

“It didn’t take long after Trump was in the White House to start thinking about America’s moral authority, and what that meant to people individually, citizens of the country and the country as a whole, especially in the world’s standing,” McCarthy says. “The French writers and I spent a lot of time talking about this and that really started to inform Bill on a larger thematic level: where he was now in his life, what he considered to be his moral imperative at this point of his life, and how that would inform character.”

McCarthy maintains that Stillwater “isn’t a political movie. But certainly, it’s got politics in its DNA.” The thriller is influenced by McCarthy’s love of “European and French cinema specifically.” And like many French thrillers, the film is confident enough to take “subtle detours” and will often “go left and spend more time in moments” that McCarthy describes as “quotidian.”

“To see where our two styles, American and French, meet, both cinematically and sometimes just culturally, was fascinating and exciting,” McCarthy adds about working with Bidegain and Debré.

Damon has a lot of inherent goodwill with audiences, and Stillwater plays with it.

“We wanted to take that character, take a closer look and get under his skin a little bit more.” 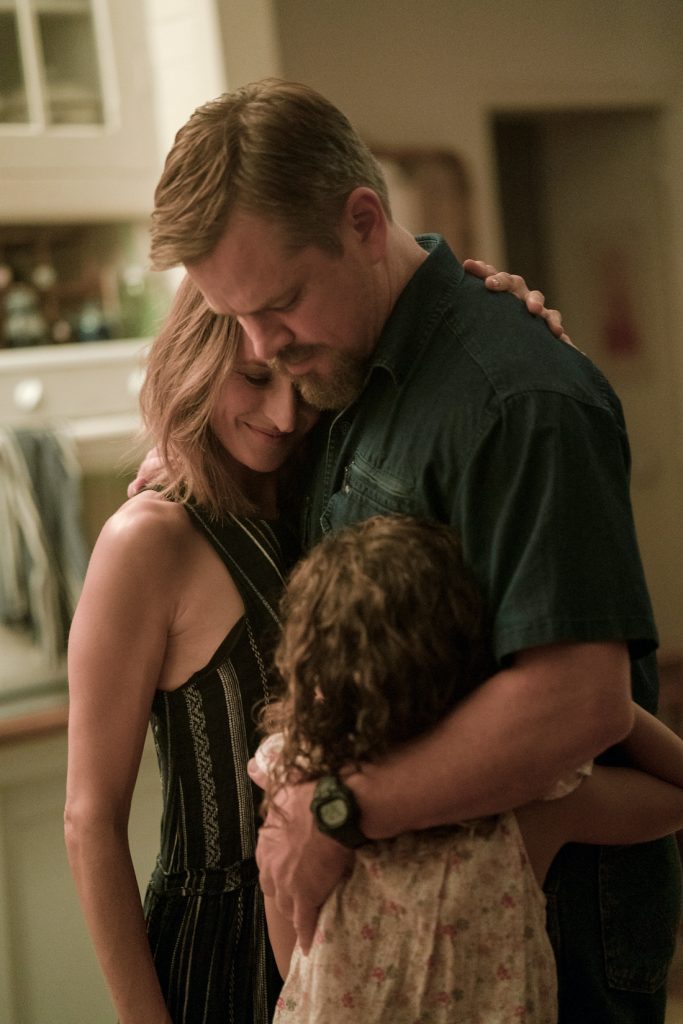 When Damon signed onto the project, McCarthy quickly involved him on scouting trips to Oklahoma to spend time with real roughnecks. McCarthy says those trips helped refresh the story.

The roughnecks were “generous with their time, their energy, and their input,” he adds. “They worked hard, and they loved their work. They made a lot of money, and they lived hard.”

One line that Damon delivers early in the film came out of one of those trips. When Bill and Virginie are talking in a café to a witness who begins espousing anti-Arab sentiment, Virginie storms out, upset. But Bill is unfazed, telling her: “He’s a racist. We still got to talk to him.”

“That comes directly from a conversation I had with a roughneck,” McCarthy says. The oil worker told him, “Look man, you go back far enough in this state, and there’s some guys who weren’t so great. We had Klan members who were roughnecks, and we knew it. We didn’t like them. But we had to work with them, because we didn’t have a choice.”

“That to me,” McCarthy says, “is really dark and it’s also incredibly compelling. I feel like there’s something in that, like where’s the dialogue in all this?”

As Bill travels further down the rabbit hole of his daughter’s case, he extends his stay in Marseille indefinitely. “One of the things I like most about this film is seeing Bill get into deeper and deeper waters, and by that I mean farther and farther from what he knows and understands, and how that starts to ultimately change him, whether he realizes it or not,” McCarthy says.

Bill begins to love the Mediterranean city — for its culture, traditions, and most importantly, for the makeshift family he builds with Virginie and her daughter, Maya (played by Lilou Siauvaud in a remarkable performance). The girl teaches him French words for all of his tools.

McCarthy began traveling to Marseille a decade ago when he was first developing the story. “I fell in love with the city, visually, and as I got to know it more, culturally, and the people and the dynamic,” he says.

McCarthy says Bidegain and Debré were initially hesitant to set the story in France’s second-largest city, given its rich history in films such as The French Connection and Breathless. But after considering different locations, they ultimately ended up back at Marseille. For one thing, it just felt like a city that Allison would be drawn to for college. 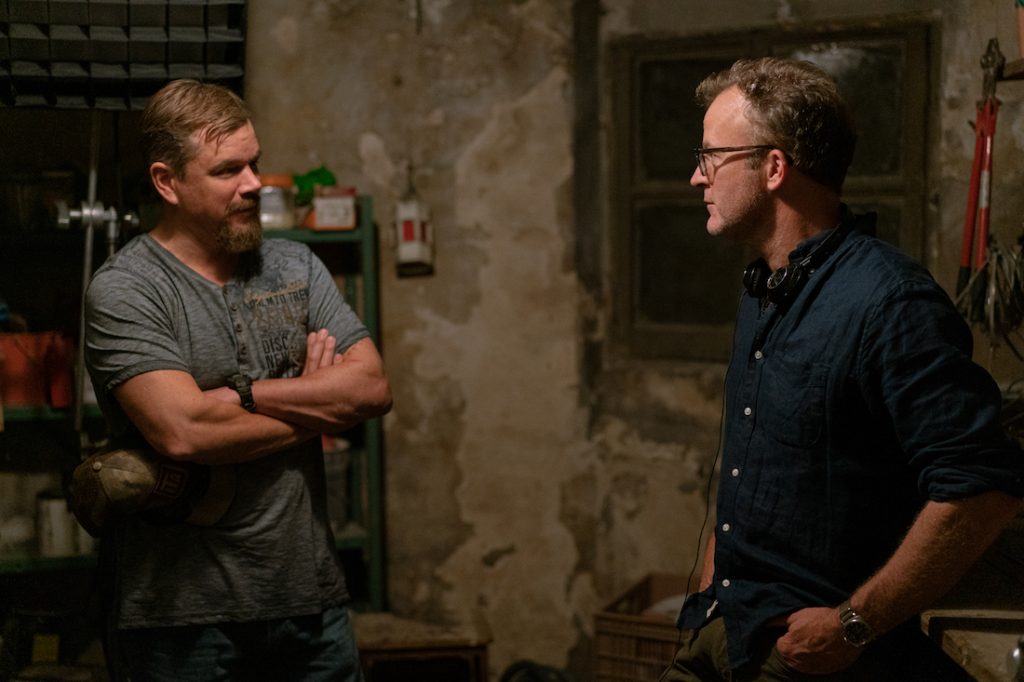 Matt Damon and director Tom McCarthy on the set of Stillwater.

“It was obviously very different from Oklahoma, and anything that she knows,” McCarthy says. “It has as much of a Mediterranean, world vibe, port-city vibe, as it does a French vibe. And you can feel it. It’s incredibly integrated. It’s all locked in by those mountains that you see. It’s not like Paris — it’s not a part of a big sprawl.”

Tom McArdle has edited all of McCarthy’s films, going back to 2003’s The Station Agent. Test screenings are part of their process, and McCarthy knows they are close to locking in final cut when an audience talks less about any points of confusion and more about the decisions the characters make, and their moral implications.

“This is what I want audiences to be leaving the theater and going home and talking about,” McCarthy says. “I love all kinds of movies, but specifically, I love movies that push me to think a little bit deeper and consider: What is my typical perspective on this type of film, and how is this challenging that?”

To McCarthy, it all “goes back to moral authority, and this concept of America First. And what happens when that becomes the philosophy? What happens when you say, ‘I care about my family above all else? Nothing else matters.’ Well, is that always right? Is there something else to consider there, or is what I want most important? Both, on a personal level, and ultimately on the national level, what are we sacrificing in those moments?

He continues: “But there’s no question by the movie’s end, emotionally, there’s some real sacrifice there. There’s some real pain. And then beyond that, you could say, ‘To what end?’ And that’s really for an audience to talk about and to decide, not me.”

This JAWS Camera Operator Has Dedicated Her Life to Protecting the Ocean — and Sharks
How I Earned the Job of Directing My Lifetime Movie, You’re Not Safe Here