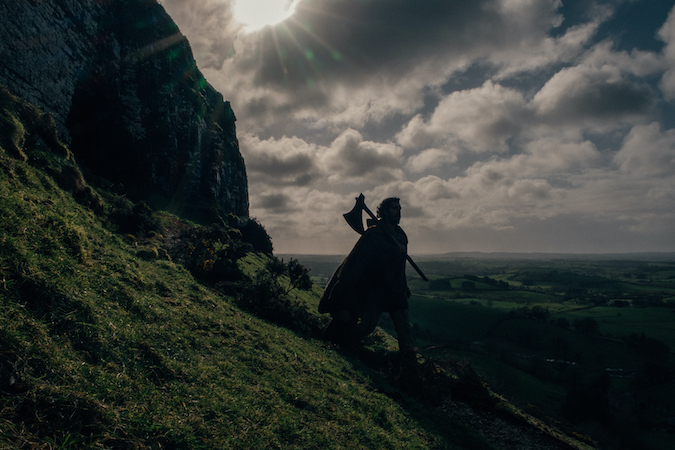 David Lowery first encountered the 14th century poem Sir Gawain and the Green Knight in his college freshman English class. It tells the story of a literal green knight who invites any of the knights of King Arthur’s Round Table to try to land a blow against him. “That type of chivalric game was something that actually existed as a way to test one’s honor. It exists in other poems, it exists in other texts, it exists in historical records,” says Lowery.

“That concept itself was bizarre and unwieldy to me in a way that I liked grappling with.” Sir Gawain accepts the challenge, and beheads the knight — who then picks up his severed head and keeps talking. He gives Gawain one year until they will meet again, when the green knight will take his own swing. “That image in and of itself was enough to keep that ember alive over the ensuing years before I decided to write the script,” Lowery says. Production on the film was difficult, and after completing the shoot, Lowery says he worked through a “destructive” period of “hate editing” in which he cut out many good sequences. But then his date with destiny, like Gawain’s, was delayed. As he explains below, Lowery took two months to reflect, and then took a second swing.

As Told To Caleb Hammond

March of 2020: We were racing to have a version of The Green Knight ready for South by Southwest. There was the understanding that maybe the movie wouldn’t be completely done, but even if it wasn’t, it was still going to open two months later in May, so we were pretty much racing to finish the movie that was going to come out in theaters. That was our mindset: This is going to be the version that everyone sees, so let’s just try to get it as good as we can get it.

Making movies is a luxurious job to have, but in this case, it took a lot out of me. It took a long time to get the edit into shape.

I was editing and at the mixing stage simultaneously. I was sitting in one room editing one reel while the mixing team was mixing. My composer, Daniel, was sitting next to me writing new music for the scenes I was editing. So we were definitely rushing, and as soon as the brakes got hit, we just put our pencils down. We were at Skywalker Ranch when South by Southwest was canceled, and that was the same day that Tom Hanks came down with COVID, and then later the NBA season was canceled. We were like, “This probably means the movie isn’t coming out.”

And so we just stopped working on it, and went and dealt with reality for a little while, as we all did.

I had divorced myself from it, as I do with all my movies when they’re done. It took a little bit of time for it to seep back into my consciousness. I had closed that door, and that door stayed closed for a little while.

But sometime around May I opened up the edit, and there was one little thing that was bothering me: “I wonder if we could just keep working on this one shot.” It was a shot that’s in the trailer, of the plant growing out of the center of the ring that Morgan le Faye had drawn with her sisters. 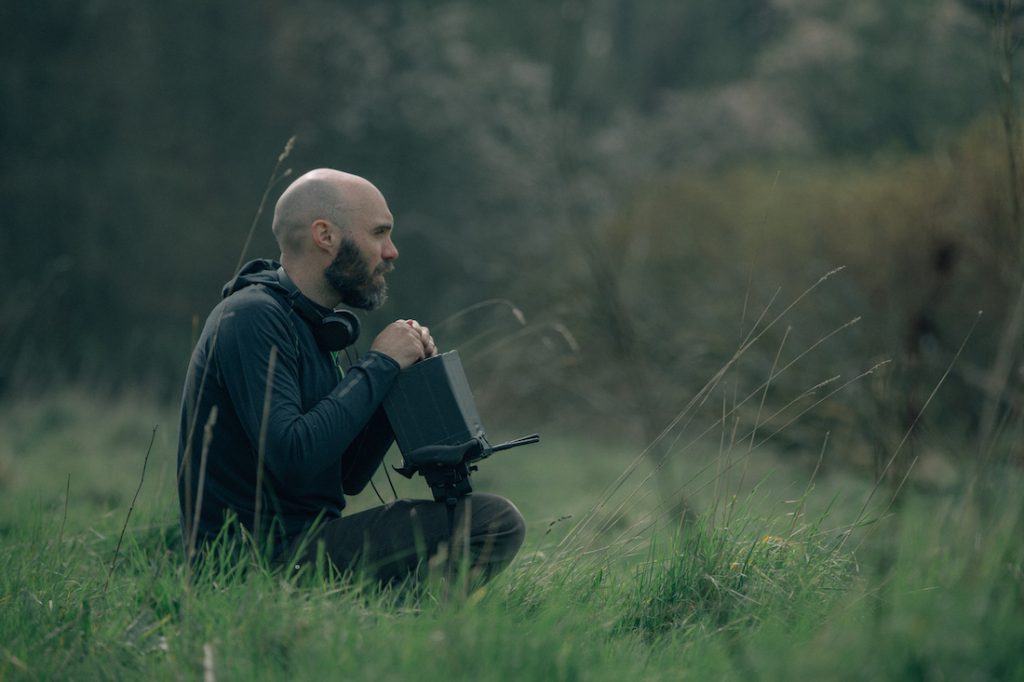 We worked with Weta Digital for the visual effects for most of the production, and then once we shut down, they were done. They delivered all the shots. So we had a filmmaker friend of ours, Nick Bateman — whose film The Wanting Mare came out earlier this year — work on that visual effects shot. And the pace of that shot changed, and all of a sudden, reel one was 14 frames shorter. As soon as that happened, that meant we had to revisit the sound mix because the cut had changed.

I said: “Well, as long as it’s 14 frames shorter, let me see if there’s anything else I can improve.” Instantly I just started unpacking the entire movie, cutting it and overhauling a lot of things. It was really nice because at that point I’d had almost two months away from it, not looking at it and not really thinking about it, either. So I was able to revisit it with some perspective and spend time on it.

One of the things that happened was the movie got longer. I realized I’d been trying so hard to make it more palatable and make it more fast-paced. I realized there’s no world in which this movie is ever going to be particularly audience-friendly. It’s not a rip-roaring adventure, so I might as well just let it breathe a little. So I put a bunch of scenes back in that I cut out and put a lot of little grace notes back in that I had cut out. And then we kept finding more visual effects to work on and added probably about 60 visual effects shots, which was fun, because I love visual effects. Then we re-scored, and by October, we went back to the sound mix and what was supposed to be half a day of tweaks that we hadn’t finished in March turned into another week of redoing a lot of stuff.

We added a shot with the giants, and there’s a sequence where Gawain hallucinates and sees Alicia Vikander in front of him. We redid that sequence completely and made it much bigger than it was in the initial cut.

There were little things where I was like, I wish this shot was wider. So we would take the shot, shrink it down and create a matte painting to make a shot wide. In that scene, where Gawain is hallucinating, we shot it in relatively close proximity. There wasn’t a wide shot of him where he was. So we took the widest shot we had and shrunk it down in the frame, so it was occupying less space. Then Nick went in and created a 3D landscape that tied into the photography and painted in all the rocks and the landscape that would have been there. And he lit it to match the lighting we had on set and turned what was initially a pretty tight medium shot into a big wide shot. And he had to add a fox into it, because all of a sudden, the fox would be there. So it was things like that, which you don’t watch the movie and think of as visual effects. That’s just me getting very meticulous about how I want to reframe this image. 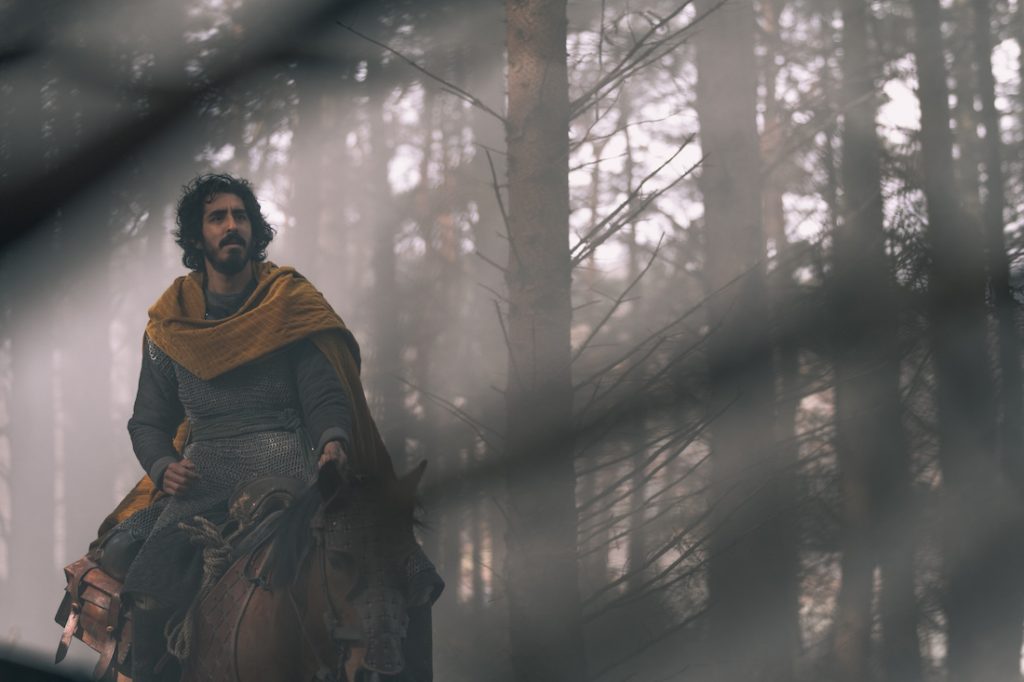 Dev Patel as Sir Gawain in The Green Knight, written and directed by David Lowery. Photo by Eric Zachanowich

We did that a couple of times. One of the shots, of a puppet show, I also wished was wider. So we shrunk it down again and created a completely fabricated landscape that’s partially 3D, partially a matte painting, and that broadens the scope of that image. But that helps actually broaden the scope of the film too, because now, you’re seeing more in these moments. It’s a lot of little shots like that that added up to 60.

And there are a few big ones too, like a shot going into the castle through the castle doors, that’s the first shot in the trailer. That was one that we added. Anything that was bugging me, I was like, “How can we address this?” Nick came in and did all these 60 shots single-handedly, and really did a great job with them.

I love tinkering with individual frames and making them better. The DP of Mank, Erik Messerschmidt, said of working with David Fincher, “We don’t find shots, we build them.” I really empathize with that as something that I like doing. I do everything I can to get a perfect shot on set, obviously, but I also know that the tools exist in postproduction to refine them, and I can adjust the composition, I can move people around, I can use split screens, I can try to maximize all the tools at my disposal to make an individual image better, and when I can do that, I will.

About the puppet-show shot that wasn’t wide enough: We were in a little courtyard, near our hotel in Ireland when we shot that. So there wasn’t really much more set to it. We took what was behind there, and we’re like, OK, this looks like a barn, and now let’s make this a little bigger. So it would be a barnyard, which means we need sheep and the animals. So then we add in some stock footage of sheep against a blue screen. And then beyond that, you would see some towers or castles or some medieval detail in the background. So you sort of are building a set. Basically, you’re taking the little elements that were in the frame, and using those as inspiration for a new set that wouldn’t have existed before. Because it’s a medieval film, we were shooting in real castles sometimes. But in that case, we weren’t — you would have seen the hotel landscape behind us. So it definitely was a chance to use our imaginations and broaden things. 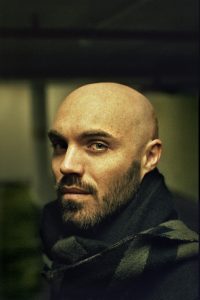 When you’re dealing with natural landscapes it’s a little easier, just because rock formations are a little bit more forgiving in some ways. But also, there’s tricky things. That shot of Dev hallucinating wasn’t locked off, it was moving. So it had to be tracked in 3D and stabilized. And all the rocks had to connect to the rocks that were in the photography. And it was a specifically lit shot. It was a nighttime exterior, so that lighting had to match. Things like that get tricky, whereas with the puppet shot, it was pretty flat daylight lighting — it was pretty easy to match.

None of this is easy to do, but it’s all doable. That’s the thing, whenever I come up with an idea, we’ll email Nick and ask, “Could you do this?” I know it’s not easy, but I know it’s all doable, and you just need someone who’s up to the challenge.

Director Stephen Weeks had adapted this story twice with 1973’s Gawain and the Green Knight and then 1984’s Sword of the Valiant. I always thought that was an interesting bit of trivia. And suddenly I realized: Is it something about the material? Is there something about this poem and adapting this poem that makes you want to just keep adapting and keep working on it? I think there might be something to that, because I feel like I could make this movie again, and there’s more to be discovered in the text. I would never say that there’s much good that can come out of a global pandemic at all. But, among other things, it was a time to slow down and refocus on things. One of the things I was able to refocus on was this movie.

The Green Knight, written and directed by David Lowery, opens in theaters on Friday.

Who Is Serial Killer Peter Tobin From Netflix’s The Investigator: A British Crime Story?
Should You Move to Calgary? Why It’s a Great City for Moviemakers