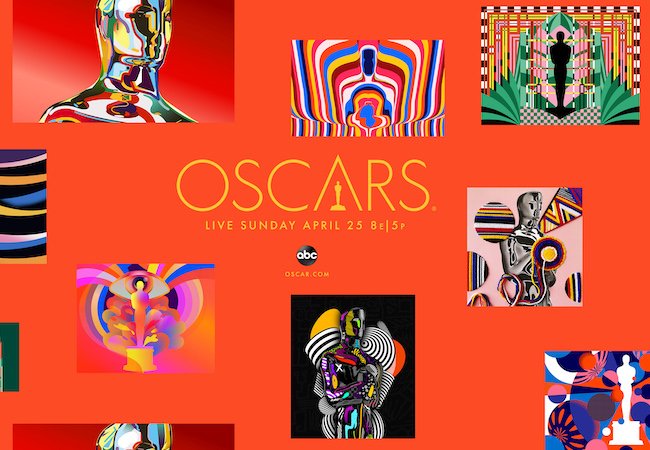 In today’s Movie News Rundown: The Oscar nominations broke some barriers —and included both great and weird surprises. Plus: Woody Allen gets an open invitation to give his side, and a special preview of a new book about 1970 Best Picture winner Midnight Cowboy.

I’m Walkin’ Here: Enjoy this excerpt from Glenn Frankel’s extremely well-written Shooting Midnight Cowboy: Art, Sex, Loneliness, Liberation, and the Making of a Dark Classic, which is out tomorrow.

Huzzah! Congratulations to all the Oscar nominees, especially Best Picture contenders The Father, Judas and the Black Messiah, Mank, Minari, Nomadland, Promising Young Woman, Sound of Metal and The Trial of the Chicago 7.

What Got the Most Nominations? David Fincher’s Mank, with 10, including for Fincher in the directing category, Gary Oldman for Best Actor, and Amanda Seyfried for Supporting Actress.

‘Most Diverse Acting Slate Ever’: Variety notes that this year’s nominations set a record for diversity in the acting categories, and that Minari star Steven Yeun is the first Asian-American ever nominated for Best Actor.

Good News, Bad News: First the good: This year had the highest-ever number of nominations for women in the Best Director category. Now the bad: The number is two. Congratulations Chloe Zhao (Nomadland) and Emerald Fennell (Promising Young Woman).

Relatedly: Regina King is trending on Twitter, with fans saying her lack of a Best Director nomination for One Night in Miami is the Academy’s biggest snub. (One Night in Miami was nominated in three categories, with Leslie Odom, Jr. up for Supporting Actor.) I interviewed Regina King for our latest cover story, and can only promise you this: She’ll be back.

Surprise: Did anyone predict Thomas Vinterberg would be nominated in the directing category for Denmark’s Another Round, which didn’t get a Best Picture nomination? (It is up for International Feature Film.) Also great to see Paul Raci’s nominated in the Supporting Actor category for Sound of Metal. (Riz Ahmed’s nomination for Best Actor is no surprise.) Also also great to see Mariah Bakalova up for supporting actress for her awesome work in Borat Subsequent Moviefilm, and nice that Oscar voters were cool enough to appreciate it. (See also: “Husavik” getting a nomination from Eurovision Song Contest: The Story of Fire Saga in the Original Song category.)

Biggest, Weirdest Surprise: Have to admit I didn’t realize Daniel Kaluuya and LaKeith Stanfield would both be up for Supporting Actor for Judas and the Black Messiah. They’re the co-leads. (One is the “Judas” in the title and the other is the “Black Messiah.”) Might it have made more sense for them to be in different categories so they wouldn’t compete? Supporting Actor just might be the most competitive category this year.

Standing Offer: The directors of Allen v. Farrow say they’re happy to interview Woody Allen, who is not interviewed in their four-part docuseries. Addressing  criticisms that the series is one-sided, Amy Ziering told The Hollywood Reporter: “We have his own voice reading, his own writing, his press conferences in his words, his court testimony. His side is represented. And he’s welcome to do an interview. Standing offer. We’re sure that HBO would do a fifth episode. We’re here.” Allen has called the series a “hatchet job” and said he was approached less than two months before the series’ premiere, then “given only a matter of days ‘to respond.'”

Main image, above: This year’s Oscars key art, courtesy of the Academy of Motion Picture Arts and Sciences.

Safdies’ Big Pee-Wee Herman Adventure; Netflix Is On to Us; Thai Cave Casting Critiques
Is This Guy Q?; Allen and Epstein; HFPA’s Pledge