How Much Did Olivia Jade Know About the College Admissions Scandal? 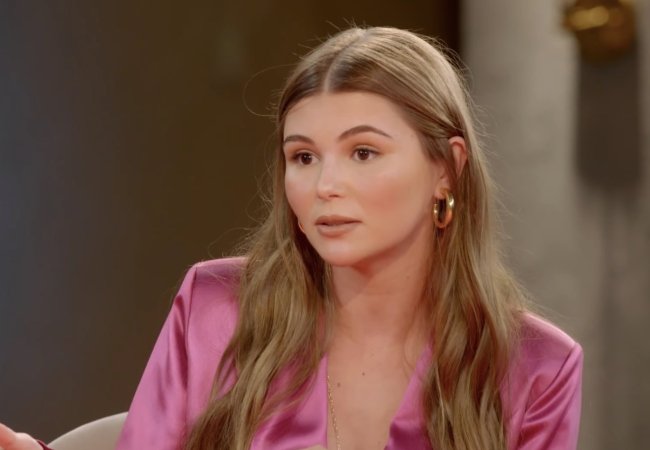 If you’ve seen Operation Varsity Blues: The College Admissions Scandal, Netflix’s new documentary on the college admissions scandal, you may be wondering — just how much did Olivia Jade Giannulli know about the fraudulent manner in which she was admitted to the University of Southern California?

That question isn’t specifically addressed in the Netflix doc, and Olivia Jade herself hasn’t been extremely forthcoming either — but there is some evidence that suggests how much she knew about the scandal before it became a national news story.

In case you need a refresher, Olivia Jade’s parents are Lori Loughlin, aka Aunt Becky from Full House, and Mossimo Giannulli, the fashion designer. In May 2020, they plead guilty to paying the scandal’s ring leader, Rick Singer, $500,000 to fraudulently get Olivia Jade and her sister Isabella Rose admission into USC as recruits on the school’s rowing team, according to NBC News.

Loughlin served two months in prison last year and was released in December. Giannulli was sentenced to five months and is set to be released from prison on April 17.

Olivia Jade spoke out publically on the scandal for the first time during an appearance on Red Table Talk with Willow Smith, Jada Pinkett Smith, and, her mother, Adrienne Banfield-Norris, on Dec. 8.

“Although I’ve had a strong relationship with my mom and my dad my whole life, I was definitely confused when this all came out and I went and confronted them about everything,” she said in the interview. “They didn’t really have much to say except, ‘I’m so sorry, I really messed up trying to give the best to you and your sister.'”

She also said that after she found out about her parent’s indictment in the scandal over spring break in March 2019, she never returned to USC. 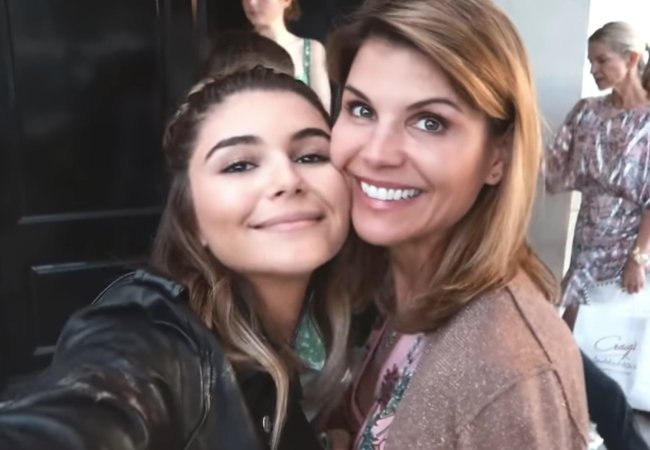 “I felt so ashamed and embarrassed, and although I didn’t really 100% understand what just had happened — ’cause there was a lot when I was applying I was not fully aware of what was going on — so when I got home I just felt so ashamed. I was like, I can’t go back there. This is wrong,” she said of her reaction to when the story first broke. “I never went back, I was too embarrassed. I shouldn’t have been there in the first place, clearly.”

Vanity Fair reported in a May 2019 story that prosecutors’ charging documents in the case indicate that Olivia Jade may have had some knowledge about the duplicity of her college application, considering she knowingly posed for photos on an indoor rowing machine despite having never participated in crew. Vanity Fair also said that Olivia Jade was CC’d on an email about filling out her application to USC after she had already been accepted through the athletic department on a preliminary basis.

The email also refers to Olivia Jade’s high school guidance counselor as “our little friend.” In Operation Varsity Blues, New Yorker writer Naomi Fry explains that the guidance counselor had become suspicious over Olivia Jade and her sister’s acceptance to USC as rowing recruits because he didn’t think either of them had ever participated in crew — nor would she have much time, considering her rigorous filming schedule for her YouTube channel.

A court filing by prosecutors in August 2020 alleged that Olivia Jade and her parents discussed how to avoid the possibility that the high school counselor might interfere with the admissions scheme, according to the New York Post. The paper said that prosecutors alleged that Olivia Jade asked whether she should list USC as her top choice school, and that Lori Loughlin replied, “Yes… but it might be a flag for the weasel to meddle,” referring to the counselor. Prosectors said Mossimo added, “Fuck him,” and said that he was a ‘nosey bastard,'” according to the Post.

Fry adds that the counselor went so far as to call USC and speak to an admissions official, and that Mossimo Giannulli went to the high school to complain. The doc sites the counselor’s own internal records as noting that Giannulli “aggressively asked what I was telling USC about his daughters” and that Giannulli’s tone made him “visibly nervous.”

The doc also shares wire-tapped conversations of other parents who were indicted in the scandal asking Singer about how to keep the truth of their children’s application process a secret from them, in order to let them believe that they earned their spots fairly.

It’s possible that Loughlin and Giannulli may have tried to do the same — but to what extent, we may never know.

The Lost Pirate Kingdom: What You Need to Know About Anne Bonny, Irish Woman Pirate
John Wick Creator Has Made Peace With Leaving Franchise: ‘I’m Never Going to Talk Shit’