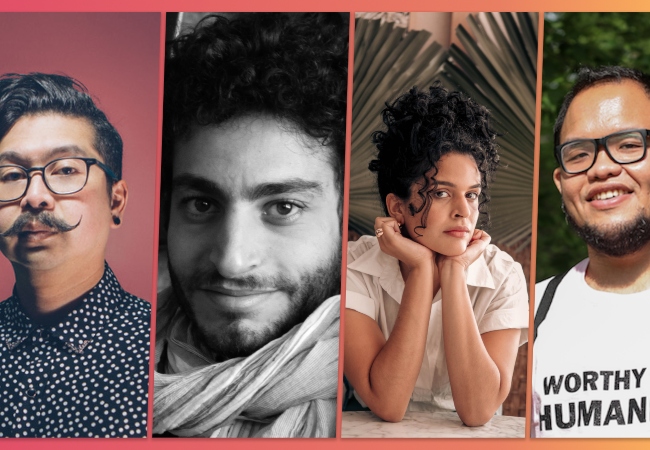 Designed to support and develop up-and-coming storytellers from around the world, the program identifies worthy creatives to receive a need-based grant of between $10,000 and $100,000.

A worldwide call for submissions was placed on June 19 which received over 200 applications from 40 countries and six continents, ranging from feature narrative to documentary, animated works, as well as scripted and unscripted series.

The inaugural grant was awarded to filmmaker Jim Vendiola, who will receive $40,000 to make his narrative feature film ARGUS — the story of a disaffected private eye who is hired to reinvestigate the case of a missing teen long thought to have run away. Shifting POVs between the detective, an obsessive killer, and the pre-abduction life of the victim in question, ARGUS is a subversive, BIPOC, female-driven reimagining of 1970s neo-noirs, according to NFMLA.

“I’m truly ecstatic and grateful to NFMLA and OneFifty for this incredible opportunity. For years I’ve taken meaningful risks with the form and content of my work, which has been a double-edged sword of maintaining my artistic integrity while being largely ignored by the usual gatekeepers, for telling stories that do not offer tidy conclusions nor lend to homogenous franchises bled of freshness and nuance. I can’t wait to bring this project to audiences hungry for something different, with the support of this amazing program,” said Vendiola.

The Chicago-based writer-director and development exec is a three-time Newcity FILM 50 honoree, 3Arts “Make a Wave” grantee, NFMLA alum, and Best of NFMLA Awards Nominee. As a Filipino-American with immigrant parents, his work explores themes of identity, otherness, and alienation, and often gravitates towards characters that subvert genre conventions and challenge exclusionary models of masculinity.

“We are thrilled to collaborate with NewFilmmakers LA on this exciting and powerful slate of films. Each project truly captures the powerful, unique, and bold vision from these talented creative teams led by innovative filmmakers, perfectly juxtaposing art, science and culture—which exemplifies what OneFifty is all about,” said Axel Caballero, head of WarnerMedia OneFifty and vice president of artistic and cultural innovations.

But NFMLA isn’t stopping there. Because there were just so many high-quality submissions, NewNarratives awarded three more grants.

Nora Mariana Salim and Rami Kodeih will receive up to $50,000 toward the development of a project to be announced. They are writers for Apple TV’s Little America and are working on an original series with Participant Media inspired by Kodeih’s own experiences as an immigrant and displaced child of war. They are also both alumni of the Sundance Feature Film Program and Berlinale Talents.

“We are deeply honored to be recognized by NFMLA and OneFifty and to be given the opportunity to start bringing our next story to life. It means so much to be a part of an incredible program that helps lift essential, underrepresented voices to the forefront,” said Salim and Kodeih.

Ortega was selected to be a part of Lena Waithe and her Hillman Grad banner’s Rising Voices initiative, where Ortega made the short film version of HUELLA, which follows a restless flamenco dancer working at a call center, that premiered at Tribeca and is now on its festival run.

UNSEEN is a multi-platform documentary that follows Pedro, an aspiring social worker who happens to be a blind, undocumented immigrant. Through Pedro’s personal journey, this “audio-based” film reimagines the accessibility of cinema, while exploring the systemic intersections of immigration, disability, and mental health, according to NFMLA.

The Best Short Film Festivals in the World 2022
The Humans: This Screenwriting Aide Unexpectedly Led Writer-Director Stephen Karam to Funding