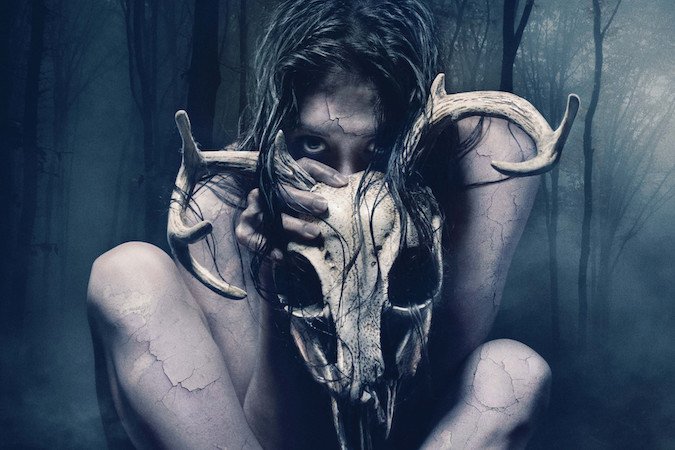 In today’s Movie News: How the small witch movie The Wretched became the biggest film in America; what you should know about the audacious fantasy epic The Wanting Mare; and a thoughtful debate about Oscars for streaming movies. Also: Something you may have wondered about Uncut Gems over the long Weeknd.

What Is Wretched, Alex?: IFC Films’ small horror movie The Wretched (pictured), about a teenage boy who battles a witch, has been America’s top film for three weeks — thanks to screenings at drive-in theaters, EW reports. “We’re going to be a Jeopardy question one day, because we’re going to be the lowest-grossing most successful film,” says Brett Pierce, who directed the film with his brother Drew. It’s earned a little under  $400,000 so far.

Behind The Wanting Mare: No Film School has an in-depth interview with director Nicholas Ashe Bateman about how he shot much of his sweeping fantasy The Wanting Mare in a small warehouse space in New Jersey on a minimal budget. It just premiered at the virtual Chatanooga Film Festival, one our best online film festivals of 2020.

Streaming Oscars: The Academy Awards will be eligible this year to films that premiered on screening services after abandoning plans for a theatrical release. Is that a good thing? Here’s a discussion between Variety chief film critics Owen Gleiberman and Peter Debruge about whether that’s a good idea.

IATSE Yahtzee: Deadline reports that the most in-demand jobs in Hollywood are for the medics, temperature takers, coronavirus testers and sanitizers represented by the International Alliance of Theatrical Stage Employees, the guild that also represents technicians, artisans and craftspeople.

Memorial Day Weeknd: Now that Uncut Gems finally arrived on Netflix over the holiday weekend, here’s the story of how R&B gem The Weeknd ended up all over the Safdie brothers’ Adam Sandler movie.

Comment of the Long Weekend: “Thoroughly enjoyed listening to this program. I think anyone who listens to it will want to visit the Mahoning Drive-In. Sounds like a really unique and memorable experience for everyone,” says Linda Nelson, talking about this conversation about the documentary At the Drive-In. Thanks, Linda!

How The Weeknd Found His Way Into Uncut Gems
Movie News: Tom Cruise, Audiences and Harry Potter Need Their Space