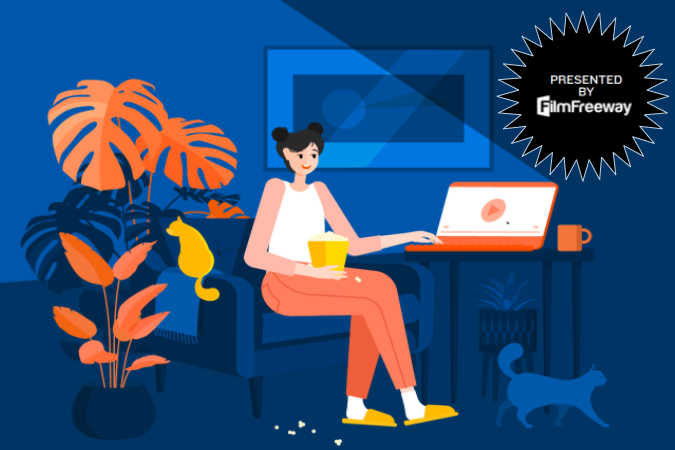 Watching online film festivals is one of the best ways to assure yourself that everything is going to be okay.

But online film festivals are proof of our shared ability to innovate — very quickly — to keep art and entertainment alive no matter what’s happening in the world. They’ve risen, seemingly out of nowhere, to keep supporting moviemakers and audiences.

Did anyone think, just a few months ago, that an online film festival could be a success? Isn’t the point of film festivals to break up the routine of our normal lives and mix it up with strangers, united by a love of film?

And yet online film festivals prove that we’ve already figured out a way to do all of those things. Just not like we did before.

They have their disadvantages, of course. You won’t make a new friend out of the person sitting beside you. You won’t get to stare at the ceiling of a grand old movie palace, unless you had the foresight to build one at home. And you won’t get to snap photos with your favorite actor.

But there are some advantages to online film festivals. First, it’s much easier to get tickets to an online festival than it is to score tickets to many real-life festival screenings. Watching online means no shivering or sweating in a stand-by line, desperate for an open seat. And most in-person festivals will frown on you bringing your bed into the theater, snuggling with a dog or cat, and pausing the film repeatedly so you can top off your ice cream.

Here’s our list, which we’ll update when and if more festivals opt to move online.

“The best seat in your house!” promises the AFI Docs Film Festival, the annual five-day, Washington D.C.-based docs fest that just announced its decision to go online this year. It opens with a serious treat: Boys State, a documentary that won the Sundance Grand Jury Prize for its twisty, captivating look at the sometimes Machiavellian games Texas teenage boys play as part of a civics program in which they split into teams and form political parties. It becomes a microcosmic examination of everything that works — and doesn’t work — in American politics. “AFI is committed to the documentary art form in the best of times and in the most challenging of times,” said Michael Lumpkin, director of AFI Festivals. “Now more than ever, we are dedicated to supporting extraordinary films because the world needs stories that educate, inspire hope and remind us of humanity’s strength. AFI DOCS is here to help.” The screening of Apple and A24’s Boys State, directed by Jesse Moss and Amanda McBaine, will be followed by a Q&A. Passes to AFI DOCS will be available for purchase on June 1, and the full slate will be announced on June 10. 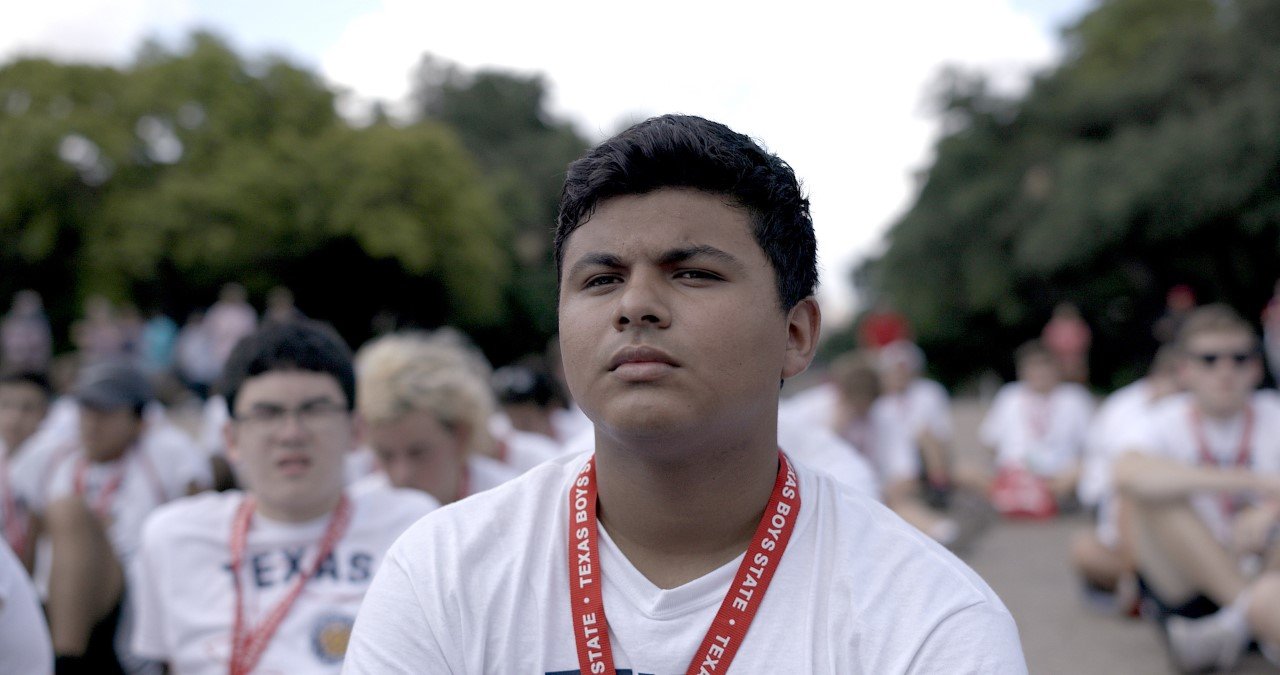 Boys State wowed Sundance audiences and will continue its festival run at AFI Docs. Courtesy of A24

You can buy individual tickets for as little as $7.99 or a pass to the entire three-week festival for $19.99. Highlights include the full-length documentary Desert One, in which two-time Oscar-winning filmmaker Barbara Kopple tells the true story of a daring, secret mission to free hostages captured during the 1979 Iranian revolution. AIFF2020 will be hosted online by the innovative digital platform Film Festival Flix, accessible on the FilmFestivalFlix.com website or on the Film Festival Flix TV and mobile apps. “Ever since COVID-19 compelled us to postpone the April Ashland Independent Film Festival for the safety of our communities, our team has been working intensively on an alternative plan for presenting this year’s program,” said Richard Herskowitz, AIFF’s artistic and executive director. “We were determined to present the program we had just finalized, which represented the efforts of independent filmmakers who have labored for years on bringing their visions to fruition and festival programmers who reviewed over 900 films to bring an extraordinary selection of works to AIFF audiences.” On June 14, the festival will hold an awards presentation hosted online by Bruce Campbell, (aka Ash from The Evil Dead), a Southern Oregon resident whose film My Name is Bruce screened at AIFF2007. He’ll present jury award winners with $10,000 in prize money.

The inaugural edition feature 50 features and short films, as well as 20 bands performing live music, with an emphasis on artistry in and around beautiful Big Bear Lake, California. It will also support one of many local communities that depend on tourism that’s been disrupted this year. “The Big Bear Film Summit celebrates the art of independent cinema and will provide a sustainable annual off- season tourism event in a rural area that enjoys significant local community involvement,” said CEO Gabriel Horn. Seminars, events and workshops will run alongside screenings, and your mood will be lifted just by imagining a few days in Big Bear.

Brooklyn’s beloved, prestigious fest will make everything easy for viewers: Once viewers register an account with the festival and have their address verified, they can log in to view any of the 148 films, from every continent, featured on the fest’s website, grouped into 37 two-hour program blocks. Best of all, all the BFF programs are free of charge. The video server, hosted by Vimeo, will use the safest settings available to make sure they can’t be pirated, and films will feature a non-intrusive watermark as an added layer of protection for filmmakers. You get to vote, too: At the end of each program, viewers will get to vote on a scale of 1 to 5 for the films, with one vote allowed per email account. Votes will be tallied on June 7 and the six Audience Award winners (one per category) will then be announced. See? They really are your BFF. And the theme for this year’s festival couldn’t be more relevant: Turning Point.

The Chattanooga Film Festival has a stacked lineup: Events include Ice-T and Ernest Dickerson revisiting their cult classic Surviving the Game, Joe Bob Briggs discussing The Stand with producer Mick Garris, Alex Winter talking about his documentary Zappa, and Joe Dante accepting CFF’s Lifetime Achievement Award. Plus, if you’ve always been afraid to see GWAR, now you can watch them from the safety of your own home. Proceeds from the $30 full-access badges will be shared with filmmakers. The fest will also include the world premiere of Nicholas Ashe Bateman’s The Wanting Mare, and he’ll present a a talk called World-Building in Independent Film: Visual Effects Tools for Low Budget Filmmakers.

The Chinese cinema-focused CineCina Film Festival, based out of New York City, was forced to cancel its in-person edition in March, but has supported its city throughout the crisis: The festival acquired and donated more than 800 N95 masks to the New York Department of Health, and presented a Films on the Wall projection of scenes from NYC-based films to celebrate the first phase of reopening in the state today, May 15, the day of this story’s publication. The online festival will feature 10 films for two weeks, including award-winners like Congcong Teng’s Send Me to the Clouds and Oliver Siu Kuen Chan’s Still Human.