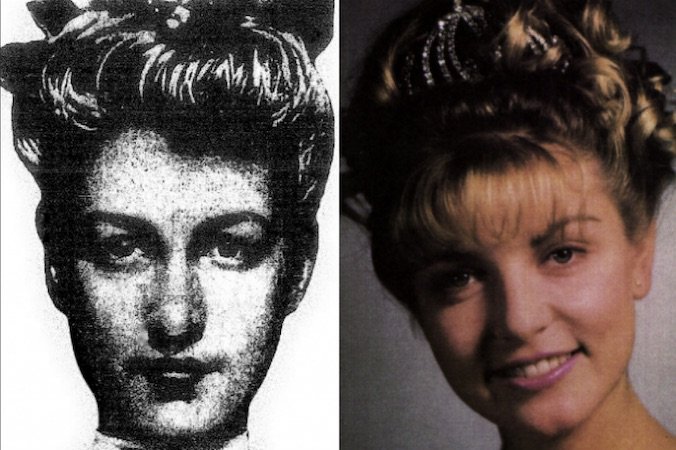 In today’s Movie News Rundown: A documentary is coming about Hazel Drew, whose 1908 murder inspired the killing of Laura Palmer in Twin Peaks; Halle Berry apologizes and makes a vow; and some essential scores from the great Ennio Morricone. Plus: The Wayans Bros. v. The Weinstein Bros.

The Real Laura Palmer: When Twin Peaks co-creator Mark Frost was a boy, his grandmother told him the story of Hazel Drew, a young woman with a double life who was found murdered in 1908. She became the inspiration for Laura Palmer, and her story is the subject of an upcoming book and documentary. Here’s our exclusive story on the latest with these projects, and here’s a trailer:

5 Essential Morricone Scores: Sam Lively has listed five essentials from the master. We cheated a little to fit in more than five.

Wayans v. Weinsteins: My initial thought when I saw Variety‘s story about the 20th anniversary of Scary Movie was, “Does every single movie that came out in 2000 need a 20th anniversary piece? But then I read Variety‘s opening, about the Wayans Bros. clashing with the Weinstein Bros., and yeah, turns out we did need one about Scary Movie. Says Marlon Wayans of the Weinsteins: “They’re very much an evil regime, I guess.”

Do Your Part: A nice man who survived COVID-19 says World War II provides some simple lessons about how we can all pitch in and fight the virus. His new World War II film Greyhound is out this weekend on Apple+. Look:

“The idea of doing one’s part should be so simple: wear a mask, social distance, wash your hands. That alone means you are contributing to the betterment of your house, your work, your town, your society as a whole.” –@tomhanks pic.twitter.com/N7JDFrk2KH

Stay Tuned: Last night, we spoke with the Russo Bros. about their delightful Instagram Live series Russo Bros. Pizza Film School, in which they talk about pizza and movies that influenced them. This Friday they’ll talk about Flash Gordon. And also pizza, we assume. Our conversation with Joe and Anthony Russo will be up soon on MovieMaker.com.