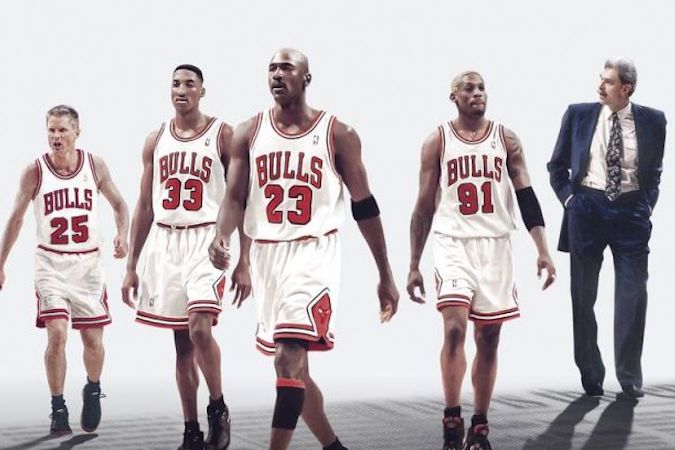 In today’s Movie News Roundup: Axl Rose travels through time to fix a movie in the edit; Ken Burns has a pointed critique of the Michael Jordan doc The Last Dance; and Florida offers new guidelines for on-set safety. Also: We may have learned the first film ever to use the ventilation-shaft trope.

Don’t Cry: Director Lara Jean Gallagher wrote a terrific piece for us about how she realized while editing her debut film, Clementine, that it “just didn’t work” — and how she turned things around after seeing a video of Axl Rose in 1985, before Guns N Roses made it big.

No Bull: Ken Burns tells The Wall Street Journal that ESPN’s Michael Jordan documentary series The Last Dance is “not the way you do good journalism.” The issue? Jordan’s production company is a partner, which gives Jordan influence over how he’s portrayed. Burns says he would “never, never, never, never” agree to such an arrangement. NBA commissioner Adam Silver says he promised Jordan before the Chicago Bulls’ 1997-98 season that the footage would “only be used with your permission.” Other headlines we considered here include Burns Dunks on Jordan, Burns Call Foul on Jordan Doc, and Burns Cautions Filmmakers Not to Sacrifice Editorial Control for the Sake of Access.

Free Baseball: Ken Burns wasn’t like, Oooh I’m gonna call the Wall Street Journal and try to start a beef with Michael Jordan. No: What actually happened is the Journal asked him about the Jordan doc while interviewing Burns about the wonderful fact that PBS has made his beloved documentary Baseball available for free, right now. I am going to watch.

Safe-Set Guidelines: Film Florida, the not-for–profit that represents Florida’s film, TV and digital media production industry, has a new list of recommendations for proper onset practices when shooting resumes. Among them: health questionnaires, daily temperature checks, social distancing of at least six feet “whenever possible,” and requiring sick people to stay home. Film Florida also recommends “additional PAs dedicated to assisting with sanitizing” and ending “handshakes, hugs and kisses to say hello.” (Was anyone still kissing hello after #MeToo?) Another recommendation: replacing wood-and-cloth directors chairs with plastic ones, which are easier to disinfect. And “for intimate scenes, talent should have to test negative for the virus and show results.” We recommend reading the entire thing.

The Ventilation Shaft!: Film fans on Reddit seem to have answered the question: “Does anyone know the first movie to ever feature a scene of someone crawling through a ventilation shaft?” A heroic Redditor named Pyehouse gives the credit to IT! The Terror From Beyond Space. Here’s the key scene, but please be warned that this movie was made way back in 1958, so probably everyone kissed everyone else hello everyday — especially the (spoiler alert) monster in the ventilation shaft.

Comment of the Day: Dawn Jones Redstone says of Lara Jean Gallagher’s piece on the making of Clementine: “I hold a special place in my heart for all filmmakers who care to stick their damn hands in the messy process of bringing a film to life. Congrats for pulling it off. (Can we get some seasoned filmmaker to chime in here with a little “Welcome to the Jungle,” please?)”

We leave you with yesterday’s movie news roundup.

50 Film Festivals Worth the Entry Fee in 2020, Presented by FilmFreeway
Thousand Pieces of Gold Director Nancy Kelly Fought Entrenched Hollywood Sexism to Get Her 1990 Feminist Western Off the Ground