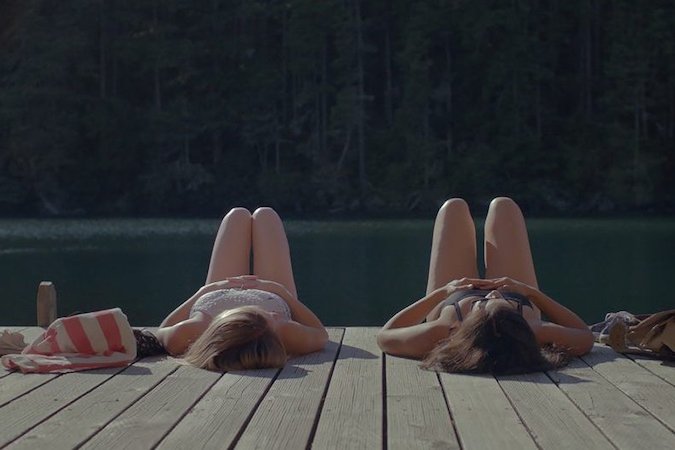 Lara Jean Gallagher is the writer-director of Clementine, which begins streaming today, May 8. Clementine is a drama about a young woman (Otmara Marrero), who visits her ex’s lake house at the end of their relationship and meets another young woman (Sydney Sweeney), with whom she explores a complex new dynamic. In the following essay, Gallagher explains how watching video of Axl Rose in 1985 helped her save Clementine.

By far, the most challenging part of making Clementine, my first feature film, was editing the first cut. This might seem surprising considering the many obstacles inherent in shooting a micro budget feature — in our case: virtual casting, a six-day shooting week, and not one but two dogs. Our tiny crew’s many hats would best be described as costume changes. But still, harder than any of the long days on set were the lonely days in the edit, where every logistical challenge paled in comparison to the overarching issue that the film just didn’t work. In my spare bedroom-turned-edit suite, all I could see were my mistakes, compromises, and hasty decisions — labeled, synced, and staring me in the face. 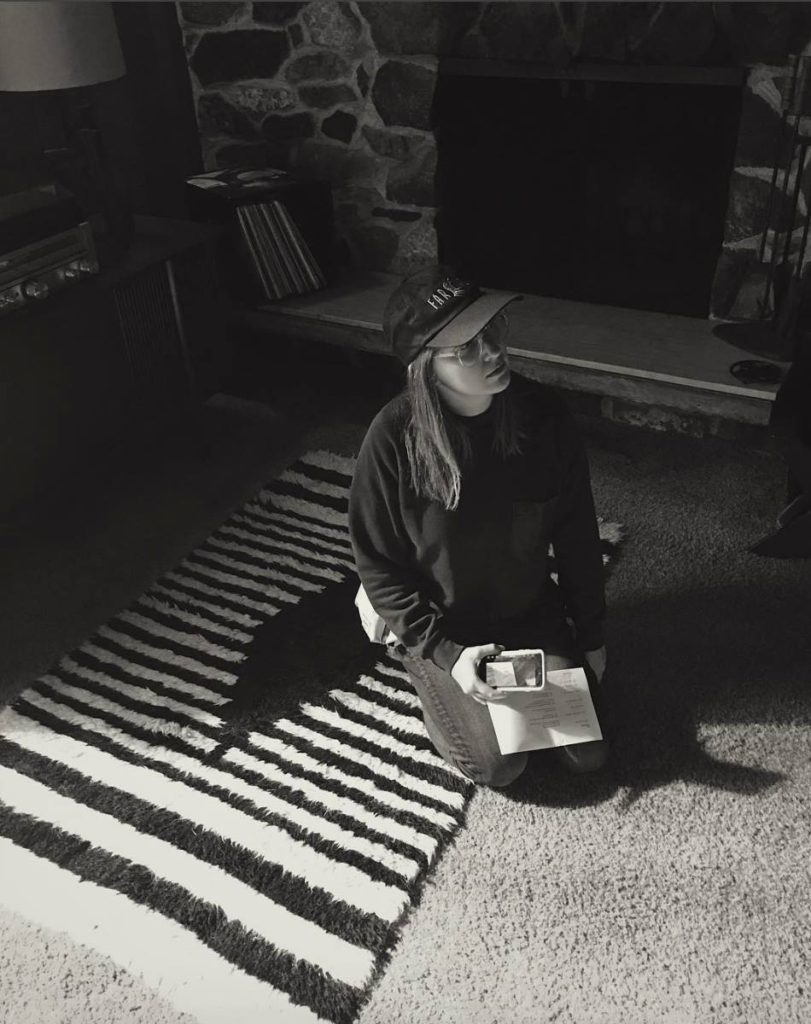 In the middle of this dark period, on one of Portland, Oregon’s endlessly rainy, winter days, a friend sent me a YouTube link to a grainy, VHS taped video from 1985. In it, a pre-“Welcome to the Jungle” Guns N Roses perform “Don’t Cry” in a bar to a packed, but very disinterested crowd. As the camera settles in, Axl Rose mumbles something about this being their first song and asks for the lights to be adjusted, leaving the band momentarily in complete darkness.

When the band finally starts, the chatter of the crowd doesn’t stop. Axl is shaky, his voice quiet and unsure. I can’t see his eyes, but I’m sure they’re bored into the floor. He’s Axl because we know now that he’s Axl, but at this moment, he’s just kind of bad. A whopping three-and-a-half minutes into the video, Axl walks offstage during a guitar solo. It’s possible that he just ducked into the shadows and took a shot, or did a line, or maybe sold his soul (worth it!) — who knows.

Also Read: How One Man Made a Rambo Movie at Home for $96

But what I do know is that when he comes back, he’s different. The crowd doesn’t notice or seem to care, but it doesn’t matter. When Axl takes the stage again, he’s fully the Axl Rose tattooed on our hearts and minds. He kills.

Now-famous directors often talk about the despair involved with making the first cut of their now-great film. However, during the edit of Clementine, these stories didn’t offer much comfort — those films all worked out. But something about this video of a now-famous band was different. Axl’s moment of pause and transformed return reminded me that my only real choice was to dig in — even if that meant going back.

Principal photography for Clementine took place entirely in Oregon where my team and I were based, though we were always scheduled to include two days of additional shooting in Los Angeles at some later date. The beginning of the script took our lead character from her home there to her ex’s secluded lake house on the Oregon coast. With a healthy dose of rewriting, I was able to convince my team that this two-day shoot in Los Angeles could instead be a whirlwind four-day shoot back in Oregon. I built a shot list that was ambitious but utterly necessary — if not for the cut, for the part of myself that knew that the movie, and I, could do better.

In addition to little pieces that touched almost every scene in the film, I wrote a new opening, a new ending, and a pivotal scene between our two leads where they smoke pot and stare into each other’s eyes. This scene, shot nine months after we wrapped, is the scene in the film that I am most proud of. After this four-day shoot, every day in the edit felt like Christmas morning. Suddenly, there were options. There was more than one way to cut a scene and, having more material, we could even cut scenes entirely. Now we could carve instead of scrape.

As a writer first — someone who appreciates the solitude and weirdness that comes from creating a world alone in my bedroom — I know now that finding a way to get back to the place of creation and possibility, even when looking at limitations, is critical. It may not always mean getting the chance to shoot more, but pausing to lock eyes with my original intention is an anchor that I need to set through every wave of the process.

I don’t think Clementine is my “Don’t Cry”. No. Not yet. But it’s certainly me getting on the stage. And although it’s scary, and people are most certainly still talking, I feel closer to every artist I’ve ever loved because trying, really trying, is hard. It’s probably why even when Axl Rose is finally doing it, he’s clutching his arms in front of his body, holding himself like he’s the baby and the mother all at the same time — because he is. Re-committing to something wholeheartedly even as it tears you up is courageous, not because it will work out, but because it almost certainly, maybe, will.

For me, the best part of making Clementine was finding out that I can’t wait to do it again.

Clementine, written and directed by Lara Jean Gallagher and starring Otmara Marrero and Sydney Sweeney, is now available on demand.