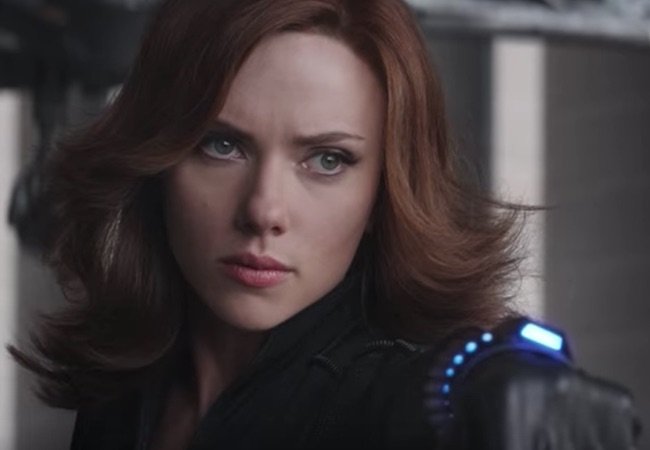 In today’s Movie News Rundown: Why Game of Thrones left out a memorable character; let’s celebrate Showgirls, 25 years after everyone hated Showgirls; and Black Widow moves again, shaking everything in its web. Plus: Why Chloé Zhao may benefit from her Marvel movie moving.

Whither Lady Stoneheart: The Game of Thrones show creators explain in detail to EW while they didn’t include a favorite character from the books, and it makes sense.

Showgirls Is 25: Which means it’s too old to audition for the Vegas revue in Showgirls. Earlier this year we interviewed daring documentarian Jeffrey McHale about his very cool Showgirls re-evaluation You Don’t Nomi and you can find our talk on Apple, Spotify or right here:

Congratulations: To everyone who just made it to the Second Round of the Austin Film Festival’s second round. Keep writing! Austin is one of our 15 submission-worthy screenwriting competitions of 2020.

Peacemaker: We sure hope you like John Cena’s character in the new James Gunn Suicide Squad movie you haven’t seen yet, because he’s getting his own show on HBO Max, Collider says. Gunn will write all eight episodes of Peacemaker and direct some, too, so it will probably be funny.

West Side Delays: Steven Spielberg’s West Side Story is delayed a year to December 10, 2021, but you can still see the one from 1961.

Marvel Moves: Black Widow, which was initially scheduled for spring and moved to Nov. 6, will now be out May 7, 2021. But that means other Marvel movies need to move too: Eternals, directed by Chloé Zhao, will shift from February to Nov. 5, 2021, and Shang Chi and the Legend of the Ten Rings, previously scheduled for May 7 — I am so, so tired —  will now move to July 9, 2021. BeagleForce will stay in its original date. No, kidding — there’s no BeagleForce, and no movie is keeping its original date.

Good for Zhao: Her lovely film Nomadland has serious awards potential and it may be good for Oscar voters to stay focused on that, and not be distracted by her having a new superhero movie in February. Remember when Eddie Murphy was up for an Oscar for Dreamgirls but then Norbit was out at the same time and it didn’t help? I have no idea if Eternals will be good or bad, but there’s no need to introduce another variable.

Can Anyone Explain: Why Mulan got a Disney+ release but not Black Widow?

Comment of the Day: “This is worrying,” writes Tonya, in response to the news that one man, Jay Penske, now oversees the three largest Hollywood trades and several top music publications, as well as several films and shows they cover. She adds: “It’s time for smaller independent industry publications to rise up and fill the void. One voice will control the entire industry.”

Hi, We’re a Small, Independent Industry Operation: And would be grateful if you would support us by taking 10 seconds to sign up for this newsletter you’re currently reading. And please also tell your friends if you like what we’re doing?

Another Indie Operation We Like: Is Film School Rejects, which writes lots of thoughtful, well-researched deep dives like this one about the real historical events that inspire the new season of Fargo.