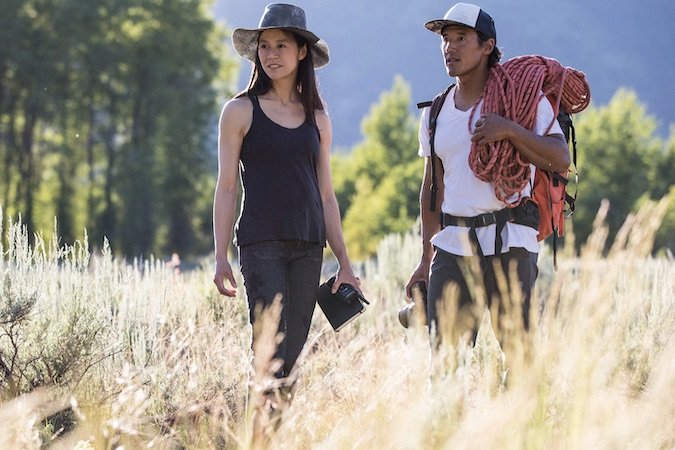 Welcome to MovieMaker’s Movie News Roundup, where we succinctly summarize movie news and just movie news — always with links back to the original source. You may want to bookmark this page, because we’ll update it a lot. Today: COVID-19 is the new scheduling conflict, the Free Solo team is going to Thailand, and Woody Allen has a book idea to unite us all.

Coronavirus Cancellations: A producer friend told me last week that the virus is Hollywood’s new excuse for getting out of anything you don’t want to do. Fortunately, we haven’t yet seen that happening. Unrelatedly, Variety says the Doha Film Institute has canceled its Qumra event dedicated to mentoring talented Arab moviemakers. And Austin’s KXAN notes that Facebook and Twitter have pulled out of South by Southwest in order to make it way cooler for everyone else  because of coronavirus concerns. Finally, No Film School says AJA Video Systems is the first distributor to bail out on NAB 2020 because of the virus, which the cool people are calling COVID-19.

Calculating COVID-19 Costs: In a story that sometimes reads like a math problem, The Hollywood Reporter tries to calculate how much the virus, oh we mean COVID-19, could affect global box office. “Some analysts believe COVID-19 could already result in a loss of at least $5 billion from diminished box office revenue and impacted production,” THR says.

Thai Cave Rescue Film Lands Free Solo Directors: Remember how everyone was saying the 2018 Thai cave rescue operation should be a movie, before the rescue was even complete? Deadline reports that Free Solo married moviemakers Jimmy Chin and Elizabeth Chai Vasarhelyi (pictured) will direct the film, for Universal and Cavalry Media. Midway screenwriter Wes Tooke is writing the story of the adolescent soccer players trapped deep underground after monsoon rains.

Today’s Best Headline: The Next Parasite? There Isn’t One, and Other Lessons of the Berlin Film Market by IndieWire’s Anne Thompson.

Book Recommendation: We’re reading and liking Jason Bailey’s It’s Okay With Me: Hollywood, the 1970s, and the Return of the Private Eye, an interesting look at how Hollywood directors, after the collapse of the studio system, reinvented the most genre of genres, the noir detective story.

And now a little section we like to call “Yesterday’s News”:

Woody Allen in his film To Rome With Love.

Woody Allen Memoir to Be Released April 7: The book, which is sure to delight absolutely everyone, will be called Apropos of Nothing. “The book is a comprehensive account of his life, both personal and professional, and describes his work in films, theater, television, nightclubs, and print,” Grand Central Publishing said in a statement Monday. “Allen also writes of his relationships with family, friends, and the loves of his life.” The memoir was once considered radioactive because Allen’s daughter Dylan Farrow says he sexually assaulted her when she was a child in the early 1990s. After a lengthy investigation at the time, he was not charged. Woody Allen has denied any wrongdoing.

Call of the Wild Expected to Lose $50 Million: Variety says the Harrison Ford adaptation of Jack London’s novel has made $45 million domestically and $79 million globally in its first two weeks, which would be fine, except for this: “It carries a price tag above $125 million, meaning the film needs to make between $250 million and $275 million to break even, according to sources close to the production and rival studio executives.”

Rock’s Red Notice May Exit Italy: Netflix is searching for other potential locations for Dwayne Johnson’s heist film Red Notice, which also stars Ryan Reynolds and Gal Gadot, Deadline reports. Deadline doesn’t have a source for this information, opting for the passive-tense “Deadline has learned,” which is usually what news outlets say when they are confident something is true but can’t say how they know. “We hear that production has yet to begin in Italy and Netflix is mulling over what to do with the Italian portion of the shoot and if there are other options. The bulk of the film is shot in Atlanta,” Deadline writes.

Aaron Sorkin Had an Idea for a Joe Biden “Mr. Smith” Moment: A New York Times interview with the Social Network and Moneyball screenwriter includes some good insights on screenwriting (“I worship at the altar of intention and obstacle,” Sorkin says). It also includes some solid Joe Biden fanfic about how Sorkin would have had Biden handle the impeachment trial.

Pretty Hate Machine: Bret Easton Ellis says on his latest podcast that the internet backlash to Parasite‘s Oscar success is another reminder that “social media is a hate machine and that is mostly what people use it for. You can never reiterate this enough.”

We’ll update this post throughout the day with other noteworthy movie news. See you tomorrow.