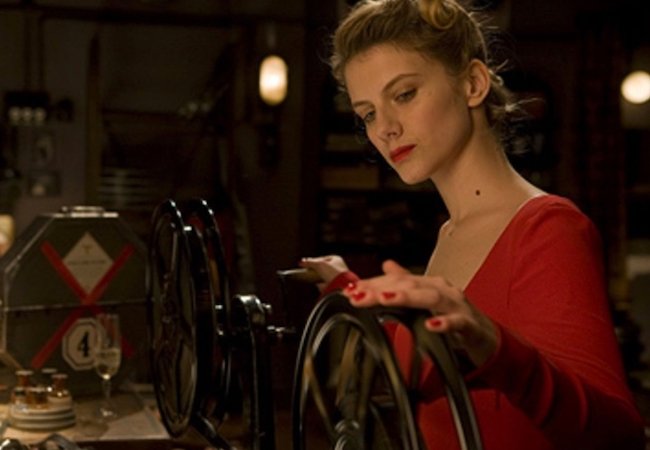 Theaters Optimistic: Theater owners praised the $2 trillion aid package passed by the Senate, which, among other things, would provide $454 billion in loan guarantees to help businesses pay their bills when no revenue is coming in. “With this aid, movie theaters can get through this crisis confident in being able to re-open, knowing their vital, trained workforce is able to weather this pandemic and have jobs waiting for them when it is safe to reopen,” the National Association of Theatre Owners said in a statement.

Can Theaters Survive? Variety has an information-packed story headlined, “Can Movie Theaters Survive the Coronavirus Crisis?” (“Yes!” say theater owners. See above.) It notes that “in the first half of March, the companies that control North America’s five largest theater chains lost more than half their market value.” That means AMC Entertainment and Marcus Corp.’s stock prices both fell 58%. Cineworld fell nearly 76%. Cinemark dropped 68%, and Cineplex fell 72%, per Variety.

But If Theaters Die, We’ll All Just Stream Movies, Right?: This New York Times story has some wild statistics on how much of a toll we’re putting on the poor internet: Last week, when we all started staying home, many average download times declined 4.9 percent, according to the speed testing service Ookla. Median download speeds fell 38 percent in San Jose, Calif. and 24 percent in New York, according to Broadband Now. European regulators have pushed streaming companies like Netflix and YouTube to reduce the size of their video files. And YouTube will reduce the quality of its videos from high to standard definition.

Yes: If the internet slows down too much, we’ll creep into an era when DVD hoarders are validated, and you need to think long and hard about whether to stream The Mandalorian again.

But for Now: We’re All Re-Watching The Godfather Part II, Right? Here are four times Robert De Niro and Al Pacino competed for the same role. For the sake of the the Internet, please be responsible and watch these classic films from your personal archive of studio reels.

Agencies Hit, Too: Paradigm has laid off more than 100 employees, including senior agents, Variety reports. Endeavor is laying off 250 people, starting with “those who cannot do their jobs at home, such as groundskeepers, restaurant workers and staff of the IMG Academy in Bradenton, Florida, a school for aspiring professional athletes,” according to Forbes.

But if all the agents are laid off, who will ignore our calls?

And now, a section we proudly call “yesterday’s movie news”:

Deal: The White House and Senate leaders have struck a deal on a $2 trillion stimulus package that includes $250 billion for payments to individuals and families, $350 billion in small business loans, $250 billion in unemployment insurance benefits, and $500 billion in loans for struggling companies, CNN reports. It’s unclear how it will help the entertainment industry, which, like so many other industries, is suffering from coronavirus closures. We’re at the point where pretty much everyone in America is waiting to hear how the deal will affect them. It still needs to pass Congress.

For Now: Variety has a helpful list of places where people in the entertainment industry can turn for financial help.

Celebrities Unfiltered: Staying at home means celebrities from Madonna to Idris Elba to Vanessa Hudgens are sharing messages online without writers or publicists to second-guess them. Sometimes it goes great! Sometimes not. We wrote a story about how even John Lennon, dead 39 years, has been hit by a backlash.

Terrence McNally Dies of Coronavirus Complications: The Tony-winning playwright’s works were adapted into films including Frankie & Johnny and Love! Valour! Compassion! One sign of his remarkable range: He also wrote the screenplay to the charmingly goofy Earth Girls Are Easy. Here is Variety‘s thoughtful obituary.

Stuart Gordon Dies: The Re-Animator and From Beyond filmmaker was also a co-creator of the Honey, I Shrank the Kids Franchise. Deadline says his cause of death was not released. An interesting what-if: American Psycho director Mary Harron told MovieMaker he was also one of the directors considered for the film before she came aboard.

Wonder Woman 1984 Is Delayed: Like pretty much every movie expected to come out in the coming months. “We made Wonder Woman 1984 for the big screen and I believe in the power of cinema. In these terrible times, when theater owners are struggling as so many are, we are excited to re-date our film to August 14th 2020 in a theater near you, and pray for better times for all by then,” director Patty Jenkins tweeted. 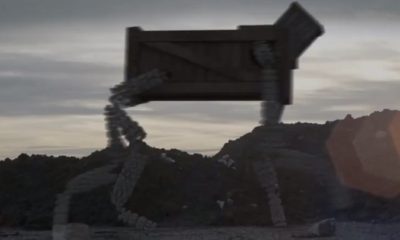