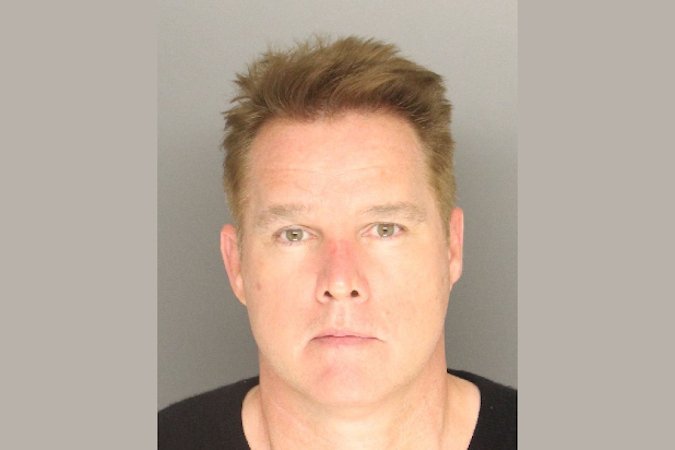 Arrested While on Bail: Guillod, a manager and producer whose credits including Atomic Blonde and Extraction, has been arrested again in Los Angeles — while awaiting trial in Santa Barbara County on 11 charges related to rape or sexual assault involving four women. “On October 21, 2020, a female victim, whose identity is protected by confidentiality, reported being sexually assaulted by Guillod during an evening meeting,” the LAPD said in a news release. The woman is 21. Guillod, who was out on bail in the Santa Barbara case, is now being held by the LAPD on $5 million bail. (The mugshot above is from the Santa Barbara case.)

Guillod Background: I first reported on David Guillod at TheWrap, when actress Jessica Barth was the first to come forward to say Guillod, her former manager, had assaulted her in 2012. He was later accused of assaulting another woman in December 2014 and two more women a month later. Guillod has denied any wrongdoing. But the LAPD asks that any other David Guillod victims who have not come forward call the LAPD Robbery-Homicide Divison at 213-486-6910.

Jeanise Jones: People have contributed over $50,000 to a GoFundMe started for Jones, a babysitter who was hired in Borat Subsequent Moviefilm to look after Borat’s daughter, Tutar (Maria Bakalova). Jones told Variety she was paid just $3,600 for appearing in the film, in which she is one of approximately two people who restores hope in humanity.

Brea Grant: Her perfect-for-Halloween horror comedy 12 Hour Shift follows a nurse with a side hustle — stealing patients’ organs — over the course of a very long night. We talk about it on the new MovieMaker Interviews podcast, available on Apple or Spotify or here:

Home Run: With baseball season over, here’s a great idea for ballparks, courtesy of Pennsylvania’s ReadingFilmFEST. Earlier this month, it held its hybrid festival online and in a venue perfect for social distancing: a baseball stadium. The festival screened 24 films on the 30×60 video board of Fightin’ Phils First Energy Stadium, aka America’s Baseball Park. The festival also held Q&As on the concession area stage, and filmmakers Zoomed in to YouTube, Facebook and the jumbotron on the field. “I am at a loss for words regarding this film festival. It was one of the few that still dared to have an in-person portion and all done following COVID regulations…this festival cares about filmmakers and the films we make,” said Heroes Honeymoon producer Sheri Ratick Stroud.

Congratulations: To Isaballe Pisacane for her best acting win at the Soho Film Festival for Souvenirs. The film is the first from our friends at StudioFest, who also create the the essential Demystified video series about breaking in to indie film. Pisacane beat Tobin Bell (yes, Saw Tobin Bell) which is not easy to do.