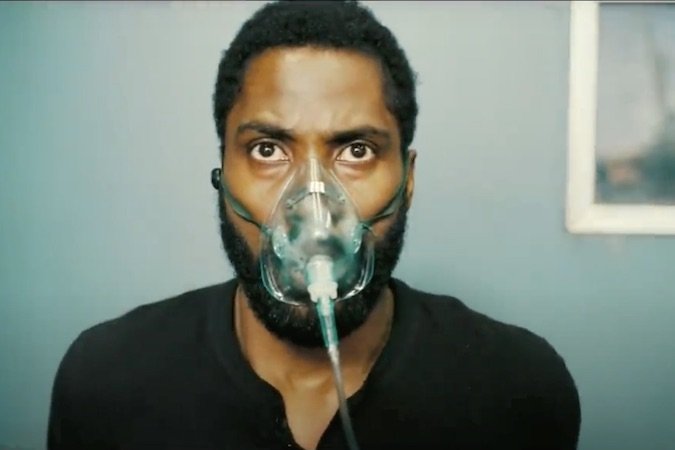 In today’s Movie News Rundown: What the latest Tenet delay tells us about its rollout strategy, male #MeToo stigma, and some kids re-made the Extraction trailer. Plus: We asked you if you would go to a movie theater now, and you told us — passionately.

New Tenet Plan: With COVID-19 cases surging nationwide, Warner Bros. has again pushed the release date of Tenet, this time to Aug. 12. But the studio’s statement includes interesting insights into its release plan, which is a complete reversal from the old focus on a big opening weekend: “We are choosing to open the movie mid-week to allow audiences to discover the film in their own time, and we plan to play longer, over an extended play period far beyond the norm, to develop a very different yet successful release strategy,” the studio said.

So… Would You Go to a Theater Now? We asked you yesterday, and we’re grateful for all of your responses. For the most part, those of you who weighed in did so with a passionate and regretful “No.”

Male #MeToo Stigma: The Hollywood Reporter has an interesting piece on male victims of sexual abuse, who fear (as women always have) that they will suffer mockery and lose jobs if they come forward.

Extraction for Kids: A group of very young Nigerian moviemakers did a shot-for-shot recreation of the Extraction trailer so good it earned them an invitation to premiere of the upcoming sequel. Here it is:

We so much love this movie and we hope @chrishemsworth and @netflix sees this remake, pls retweet ?? pic.twitter.com/x47h9UV9Sz

BlackStar Goes Online: The Philadelphia-based BlackStar Film Festival, “showcasing films by Black, Brown, and Indigenous people from around the world,” has joined the many fests that have moved online this year.

Camden International Film Festival: The festival, organized by the Points North Institute, announced Friday that 50% of net proceeds from all virtual festival pass and ticket sales from this year’s event will be given as honoraria to participating filmmakers. CIFF is celebrating its sixteenth edition with a 12-day virtual festival, the launch of its Filmmaker Solidarity Fund and drive-in theater, and a new Points North partnership offering $30,000 in funding for short documentaries. More information is here.

The Streisand Effect Explained: You know how sometimes at a party (pretend, for the purposes of this intro, that there are still parties) someone will shout “Streisand effect! It’s the Streisand effect!” and everyone will nod knowingly and look down at their empty drinks and then someone will break the silence by asking Eric how his brother is doing? That awkward moment is the result of none of us really understanding what the Streisand effect is. Until now. Thanks, Hollywood Reporter.

Sorry: Usually today, Friday (pretend, for the purposes of this intro, that there are still days), we would have a new episode of the MovieMaker Interviews podcast. But not today. So we’re going to gently suggest re-visiting this, probably my favorite episode, featuring Alfre Woodard, Aldis Hodge and director Chinonye Chukwu, talking about their underrated film Clemency. You can listen and subscribe on Apple, Spotify, Stitcher or wherever you get your podcasts while you’re not going to movie theaters.

BlackStar Moves August Film Festival Online
We Asked If You Would Go to a Movie Theater Now. Here’s What You Said