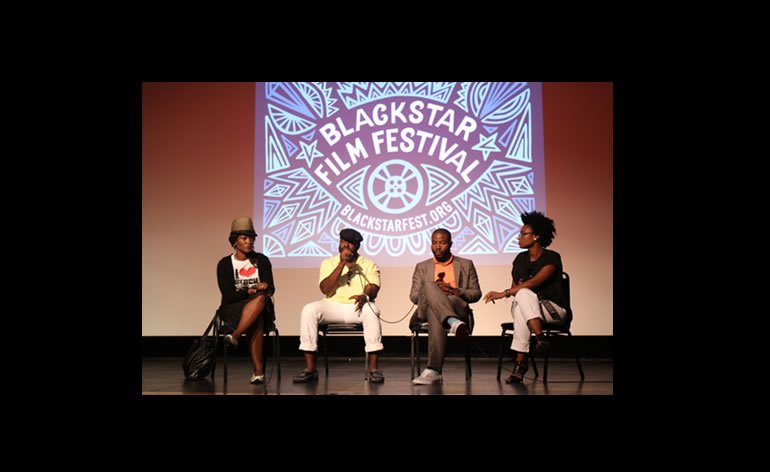 The ninth edition of the Blackstar Film Festival will be held remotely from August 20th to 26th this year due to COVID-19 concerns, BlackStar Artistic Director and CEO Maori Karmael Holmes in a statement.

“I am incredibly proud of our team and the work they have done to meet the challenges of this moment and present our festival this year,” Karmael said. “The format might be different, but our nearly decade-long mission of centering and celebrating the voices of Black, Brown, and Indigenous people from around the world is not. We look forward to sharing these incredible films and the immense talents behind them.”

Also read: (In)Visible Portraits Is a ‘Love Letter to Black Women and a Re-education for Everyone Else’

Typically, the event is held in Philadelphia, but to prioritize safety of festival goers, BlackStar is partnering with the distribution channel CineSend to temporarily stage the event online.

In an online portal at watch.blackstarfest.org, ticket buyers will be able to view all 90 films from their homes. There will also be many live panels and special events with prominent filmmakers and producers. Decisions about judging, programming, and other details of the event have yet to be released.

Blackstar is an annual festival for films made by “African diaspora and global communities of color — showcasing films by Black, Brown, and Indigenous people from around the world.” Last year’s Blackstar festival had almost 10,000 people attendees.

BlackStar also hosted a panel with #MeToo founder Tarana Burke and Spike Lee and premiered Solange Knowles’ film When I Get Home. One of the winners of the 2019 event was Selah And The Spades,  directed by Tayarisha Poe, for Best Narrative Award, and the Best Feature Documentary Award went to The Infiltrators, directed by Cristina Ibarra and Alex Rivera.