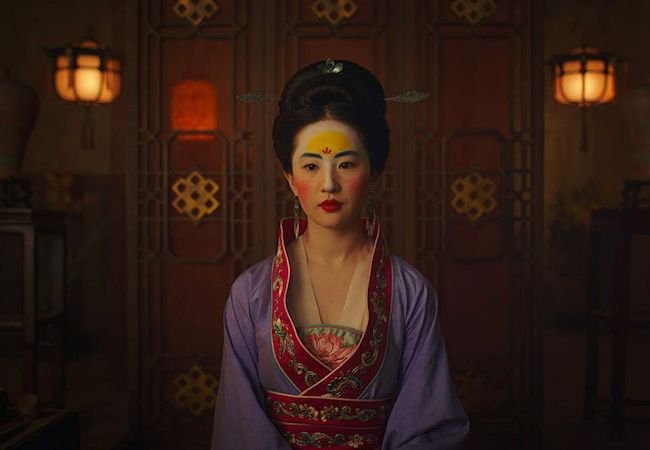 In today’s Movie News Rundown: Mulan is now part of a grand Disney+ experiment; Hollywood’s pandering to Chinese government censors has gotten comical and sad; and Kindergarten Cop will not be playing in Portland.

Mulan to Disney+: Mulan, which was supposed to be Disney’s big summer movie, will instead debut online at a premium price of $29.99 on top of the $6.99 monthly fee for Disney+.  It will be available Sept. 4, the day after Tenet is supposed to open in theaters. If this works expect to see more would-be blockbusters premiering on streaming services.

Let Me Make This Easy for Disney+’s Algorithm: I’m undecided on Mulan but would definitely pay $29.99 for Black Widow. Anyone remember Black Widow?

Hollywood Self-Censorship: PEN America, which is dedicated to free expression, says in a new report called “Made in Hollywood, Censored by Beijing” that many studios, desperate for Chinese money, are “in some instances directly inviting Chinese government censors onto their film sets to advise them on how to avoid tripping the censors’ wires.” Among them: Iron Man III, which also added a scene for Chinese audiences only “in which Chinese doctors frantically worked to save Iron Man’s life.”

How Did That Go?: “The additions were so jarring, so different from the rest of the film, that many Chinese commentators dismissed them as graceless pandering,” the report says.

Not Just China: “Studios, writers, and producers increasingly fear they will be hacked or harmed if they portray any foreign autocrats in a negative light, be it Russian President Vladimir Putin or North Korean dictator Kim Jong Un,” says this piece in Foreign Affairs, a publication we always read didn’t just come across on Twitter.

Kindergarten Cop Canceled: A Portland, Ore., screening of Kindergarten Cop — the one where Arnold says “It’s not a tumah!” — has been canceled because critics believe it encourages over-policing in schools. The movie is a comedy wherein the humor comes from the juxtaposition of cute kids interacting with a jaded cop who is not actually policing them, but is rather… never mind, we’ll let Willamette Week try to explain.

Highest-Grossing Indies: IndieWire has a terrific list of the highest-grossing indies of this completely normal year. You’ll be unsurprised to learn that the movies from before the pandemic hit did better than the ones after.

New Voices: Angelique Perrin, best known for voicing a Jedi in Star Wars: The Clone Wars, writes for The Hollywood Reporter about her disappointment to discover how many white actors play characters of different races in cartoons. Here’s a list of white actors who recently stepped down from such jobs.

More Amy Adams: “Good lord, MovieMaker Movie News Rundown,” you may say. “When will you stop with the Amy Adams items?” The answer: Never. The latest is a planned Netflix miniseries about Walmart from Adam McKay, with whom she last worked on Vice. EW says it focuses on “three powerful women whose lives were inextricably intertwined with the world’s largest company: a Walmart heiress, a maverick executive, and a longtime Walmart saleswoman and preacher who dared to fight against the retail giant in the biggest class-action lawsuit in U.S. history.” We see overlap here with McKay’s brilliant Succession.

And now, yesterday, Movie News Rundown, featuring, you guessed it.