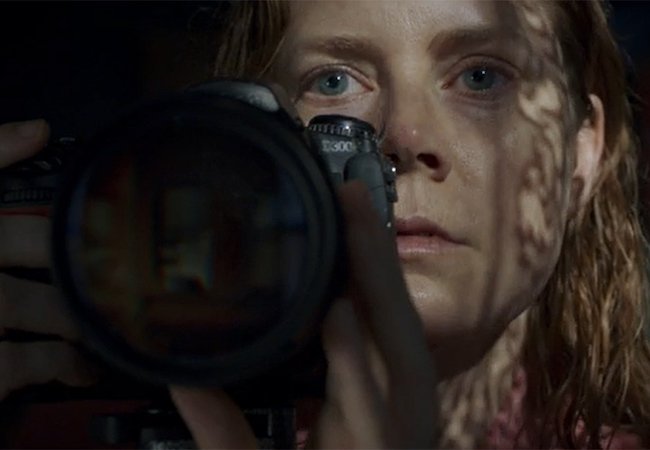 In today’s Movie News Rundown: How to license music for your film; a delayed Amy Adams film finds an open window; a brand-new The Boys trailer; and Seth Rogen addresses Hollywood’s fake beards crisis. Plus: An appreciation of Martin Sheen to mark his 80th birthday.

If You Don’t Ask, the Answer Is No: Bob Rose, director of the new film InstaBAND, wrote a great piece for us advising moviemakers on how to license music for films. It includes this great, simple advice: “Who is beginning to come up in your area? Shoot them a direct message on social media and see if they might be willing to let you use a track in your film.”

Finally Someone Said It: “I watch the most expensive movies on earth and they still have terrible beards,” Seth Rogen tells EW in an interview about his new film An American Pickle. “Like, the world thinks they’ve figured out good fake beards and I hate to say I don’t think it’s true, you know?” The same for wigs.

Woman in the Window: When a door closes, a window opens, and so it is for the Amy Adams thriller The Woman in the Window. Like almost every 2020 film, its theatrical release was delayed by… you know. So Netflix is negotiating to acquire it from Disney’s 20th Century Studios, Deadline reports. It’s about a woman who spends almost all her time indoors watching film noir classics and her interacting mostly online. Wait, this could be about any of us. But seriously: This is an interesting case of the pandemic forcing Hollywood to innovate in intriguing ways it might have been impossible to imagine a year ago. Here’s the trailer:

Women Fix It in Post: “Note to Hollywood. Talent has no gender,” The Old Guard director Gina Prince-Bythewood tweeted yesterday as she shared this Hollywood Reporter story noting that 85 percent of the post-production team for the Charlize Theron action film were women. Here’s our recent interview with Prince-Bythewood about overcoming “No.”

New The Boys Trailer: Is anyone watching Amazon’s excellent The Boys? It’s deliciously cynical take on superhero films, in which most caped crusaders have sold out and care more about selling merch than saving lives. Oh, and a lot of them are fascists. Here’s a trailer for Season 2 that came out moments ago:

Martin Sheen’s Personal Apocalypse: In honor of Martin Sheen’s 80th birthday, The Hollywood Reporter recounted this story of how Sheen insisted that Francis Ford Coppola keep filming as he battled his own real-life demons while shooting a crucial scene in Apocalypse Now, cutting his hand and smearing the real blood on his face. “I had done that scene at bars, I had done that scene at home,” Sheen said, recalling his own alcoholic rages. He has credited his Catholic faith and Alcoholic Anonymous with helping him recover. Sheen has also spent his life fighting for a range of causes, from gun control to immigrants’ rights. “Acting is what I do for a living but activism is what I do to stay alive,” he recently said. Here’s the scene:

R.I.P. Reni Santoni: Reni Santoni, who starred as Harry Callahan’s partner in Dirty Harry, has died at 81, TheWrap reports. Besides appearing on Seinfeld and in Enter Laughing, Bad Boys, and other films, he got to deliver this line about Clint Eastwood’s tough-guy cop: “No wonder they call him Dirty Harry… always gets the shit end of the stick.”

Comment of the Day: “Great movie, hope more people will see it and teachers will show it in classrooms,” says Jack A. Lewis about this feature about Accidental Courtesy, the story of musician Daryl Davis’ lifelong mission to make white supremacists renounce racism.

In Case You Were Busy, Which is Fine: Here’s yesterday’s Movie News Rundown, with details about the time Michael Jackson wanted to play Professor X, the whole TikTok mess, Sam Neill going Jurassic again, and so much more.