Movie News: Where to Get Help; Celebrities Unfiltered; Stephen King on Pandemics 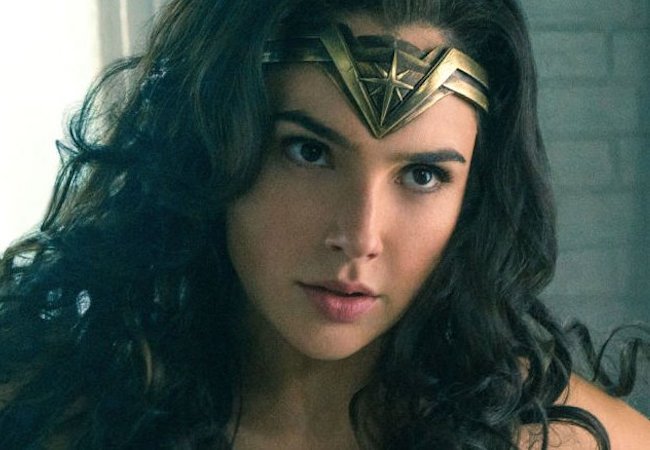 Movie News today: There’s a $2 trillion stimulus deal; where you can get help; self-quarantine has celebrities communicating directly with fans, and it isn’t always pretty; Stephen King has a cheery little explanation of how pandemics spread; Wonder Woman delayed; and rest in peace, Terrence McNally and Stuart Gordon.

Deal: The White House and Senate leaders have struck a deal on a $2 trillion stimulus package that includes $250 billion for payments to individuals and families, $350 billion in small business loans, $250 billion in unemployment insurance benefits, and $500 billion in loans for struggling companies, CNN reports. It’s unclear how it will help the entertainment industry, which, like so many other industries, is suffering from coronavirus closures. We’re at the point where pretty much everyone in America is waiting to hear how the deal will affect them. It still needs to pass Congress.

For Now: Variety has a helpful list of places where people in the entertainment industry can turn for financial help.

Celebrities Unfiltered: Staying at home means celebrities from Madonna to Idris Elba to Vanessa Hudgens are sharing messages online without writers or publicists to second-guess them. Sometimes it goes great! Sometimes not. We wrote a story about how even John Lennon, dead 39 years, has been hit by a backlash.

Stephen King Explains Pandemics: The author shared an audiobook excerpt of his book The Stand, explaining how viruses spread. It’s like an ad for staying indoors. A new version of The Stand is coming soon to CBS All Access. Here’s audio from Stephen King himself:

Chapter 8 of THE STAND. This is how it works. Heed. (But remember COID-19 is not as lethal as the superflu.)https://t.co/yqvwbjoVMs

Terrence McNally Dies of Coronavirus Complications: The Tony-winning playwright’s works were adapted into films including Frankie & Johnny and Love! Valour! Compassion! One sign of his remarkable range: He also wrote the screenplay to the charmingly goofy Earth Girls Are Easy. Here is Variety‘s thoughtful obituary.

Stuart Gordon Dies: The Re-Animator and From Beyond filmmaker was also a co-creator of the Honey, I Shrank the Kids Franchise. Deadline says his cause of death was not released. An interesting what-if: American Psycho director Mary Harron told MovieMaker he was also one of the directors considered for the film before she came aboard.

Wonder Woman 1984 Is Delayed: Like pretty much every movie expected to come out in the coming months. “We made Wonder Woman 1984 for the big screen and I believe in the power of cinema. In these terrible times, when theater owners are struggling as so many are, we are excited to re-date our film to August 14th 2020 in a theater near you, and pray for better times for all by then,” director Patty Jenkins tweeted.

VOD’s Big Test: Today marks an interesting test for video on demand. As we all know, with theaters closed, films are being rushed to video on demand earlier than planned, at higher costs to consumers — and today marks the arrival of titles like The Way Back, Birds of Prey, Bloodshot, The Gentleman and Just Mercy. (Emma, The Invisible Man and The Hunt are among the new theatrical releases that jumped to VOD last week.) Hollywood is paying close attention to how these films do, because it could lead to a future where you can watch far more new releases at home. That would have far-reaching effect for theaters.

Austin Innovates: Austin Film Festival has announced AFF at Home, a new series about screenwriting and sparking your creativity during these less-than-perfect times. “Times of uncertainty and conflict often bring out the best stories,” Austin Film Festival executive director Barbara Morgan notes at the start of the first episode. Amen. You can learn more here.

What Are You Watching? Here at MovieMaker, your editor-in-chief and publisher (we’re married to each other and this publication is our weird gifted child) are watching a lot of comedy. What are you watching? Take our poll on Twitter, or email me at Tim.Molloy@MovieMaker.com.

What's everyone watching during these tricky times?

CineEurope Moves: CineEurope, a film exhibition event originally scheduled for June 22-25 in Barcelona, Spain, has been moved to August 3-6. Deadline has the details.

Doctor Seeks Hollywood Help: A doctor recommends celebrities make more videos promoting social distancing. In an essay for Variety, Dr. Mallika Mendu, medical director for quality and safety at Boston Brigham and Women’s Hospital, also asks people with influence to do anything they can to “work with partners in the fashion industry, alcohol beverage industry, and product development to think about how masks, gloves, gowns, sanitizer can be produced to protect providers.” And she asks them (or you, if you have the means) to donate. If you’re sitting on some masks or hand sanitizer, now’s the time to share with medical professionals who need it most.

Unconscionable Self-Promotion: If you watch Birds of Prey this week and want a deep dive on the company behind it, check out MovieMaker‘s recent cover story on Margot Robbie and LuckyChap Entertainment. We also have a look at some Birds of Prey influences not everyone will catch.

We hope you’ve enjoyed this Movie News roundup. See you tomorrow when we hope the world will be a little more Wonder Woman and a little less Stephen King.

5 Birds of Prey Unlikely Inspirations, From True Romance to Bridesmaids
4 Times Al Pacino and Robert De Niro Were Up for the Same Role