Movie News Roundup: We Cannes Do It; Righteous Help Below-the-Line; A Note About Sourcing 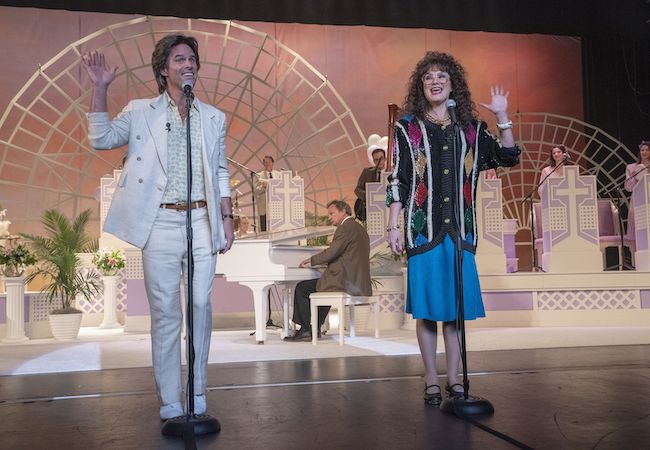 Welcome to MovieMaker’s Movie News Roundup, where we see signs of hope: Cannes innovation is underway, The Righteous Gemstones is handling a bad situation righteously, and Vanessa Hudgens is sorry, you guys.

We Cannes Do It: Deadline exclusively reports that top film companies and talent agencies are working on a way to devise a virtual market for Cannes Film Festival films if the event is canceled. CAA has been leading the effort, “which also has buy-in from Endeavor Content, UTA and ICM Partners,” Deadline says. It also lists  sales companies that have signed up for the online plan.

Below the Line ‘Disaster’: The Hollywood Reporter has a good look at the toll the coronavirus is taking on below-the-line workers who don’t receive health care or typically get paid sick leave. Some companies doing the right thing are UTV and Comcast, which are giving two weeks’ pay to Chicago Fire crewmembers, and WarnerMedia, which is giving two weeks’ pay on Righteous Gemstones (pictured). There are relief funds for pages, Hollywood support staff and musicians; and the union IATSE committed $2.5 million to several funds. Deadline reports that 120,000 IATSE members have lost jobs due to delays and shutdowns.

Meanwhile, California and New York have taken emergency steps like offering quicker access to unemployment benefits and stopping evictions, THR notes. And a relief bill is moving through Congress intended to help everyone affected by this, which is basically means everyone except Jared Leto.

One Grim Opinion: Variety quotes Rob Gabel, CEO of video measurement firm Tubular Labs, with a grim prediction for industry-related events. “When there’s a recession, you get a thinning of the herd. If you’re not a tentpole event, or No. 1 or 2 in your niche, you’re in trouble. It comes to the question, ‘Are a you a must-attend – or a nice-to-attend event?’ It’s survival of the fittest.”

Another Opinion, From Me: I realize you’re getting a lot of bad news right now, but as a person who has spent the last several days emailing with film festivals planning optimistically for the future, I think it’s important to remember that economies thrive or collapse based on the collective decisions we all make. Panic helps no one. Struggle fuels innovation. Many things may change, but some change can be good. Maybe your boss will finally understand, for example, that some people are more productive working from home. That’s a small example.

MCU Musings: You know how when you’re dealing with a big problem, it can be nice to distract yourself with a very, very small problem? Variety considers how the delay of Black Widow could futz up the once-flawless continuity of the Marvel Cinematic Universe.

Vanessa Hudgens Is Sorry: A day after her poorly received comment that “people are gonna die. Which is terrible. But, like, inevitable?,” the Spring Breakers star said that those comments — initially delivered by her, straight into camera, with no apparent editing, were “taken out of context.” That was also poorly received, so she issued an actual apology, saying her words were “insensitive and not at all appropriate for the the situation our country and the world are in right now.” Variety has some additional context.

A Note About Sourcing: If you’ve read this far, you probably like to read. This Movie News Roundup is one of the less-important things on the internet, but you’ll notice that even when sharing mere movie news, we always include links so you can see the sources of everything we’re saying. If you’re seeing people on social media sharing “rumors,” conspiracy theories, or whomever, with no citation and no link to a reputable source, practice some social distancing. Let’s band together and agree that if it doesn’t have a source, we ask for one. Or report it. Or call it out. Maybe some terrible clickbait-driven, fear-monger hacks will be forced to change their ways.

Black Widow Delayed: This just in: Black Widow’s release date is delayed, because of course it is. This looks like a job for Variety.

Start That Screenplay: Here’s a story about writers making the best of this time at home by doing what writers do. If you’ve been meaning to start a script, do it. You have no distractions, and your mind deserves a break from thinking about the real world.

Reinforcements Coming to VOD: With theaters closed, Universal is offering several new releases on-demand this Friday: The Hunt (seen it, great), Emma (pictured above), and The Invisible Man. (Will audiences be able to relate to the story of a scary invisible adversary some people refuse to accept as real? Hm.)

Also: Warner Bros.’ Birds of Prey and STX’s The Gentlemen will be available on-demand on March 24, according to The Hollywood Reporter.

And for the kids, Trolls World Tour arrives on-demand April 10.

These early releases are a test for studios on how much they should change their distribution strategies in the coming weeks, with so much uncertainty about when we’ll be able to publicly gather again.

Movies and TV Shows Impacted by Coronavirus: At this point it might be easier to list projects that aren’t impacted. But here’s a helpful list from Variety.

Lessons From the Past: Curious how the theater shutdown might affect the industry, Karina Longworth, creator of the brilliant You Must Remember This podcast, looked back at the flu epidemic that shut down theaters in 1918. You can listen here.

Tom Hanks and Rita Wilson Released From Hospital, Chet Hanks Says
Your Life Is on Pause. Time to Write That Screenplay