Your Life Is on Pause. Time to Write That Screenplay 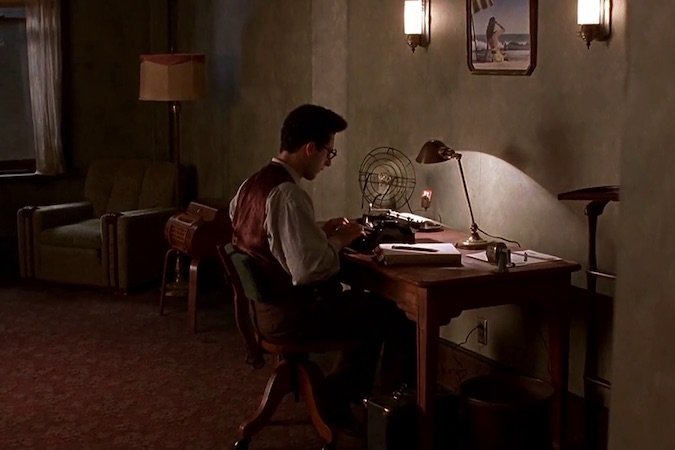 Aneesh Chaganty, director and co-writer of the acclaimed film Searching and the upcoming Run, is making the best of social distancing: He’s started researching his next screenplay.

“I would’ve tried to do this no matter what, but now there actually is nothing else I’m allowed to do,” he told MovieMaker.

Chaganty, who is collaborating with Searching and Run co-writer Sev Ohanian on the new project, says his research involves lots of reading about early America, as well as planning to visit locations on the East Coast — “when I can.”

He’s not the only writer who aims to emerge from The Great Lockdown (one of them will think of a better name) having made a serious dent on a screenplay.

Screencraft was a few hours behind the Austin Screenplay Awards, which sent an email announcing, “TIME TO STAY HOME… AND WRITE.” It offered a 15 percent discount on contest entries.

There’s an old joke about L.A.: You can stand on a street corner and ask everyone who passes how that script is coming along, and two-thirds will shrug, “Not bad.” The joke may never be more true than in recent days — except that almost everyone avoids street corners.

Normally screenwriting is the most isolating and antisocial parts of filmmaking process, and one of the only ones well-suited to introverts.

But we are all shut-ins now.

Some writers dream of spending days or weeks of isolation in which they’d have nothing to do but write. We think of Mario Puzo booking a Vegas hotel room to pound out The Godfather, or the title character in Barton Fink (pictured) alone at his humble desk, tapping slowly away on his tortured script for a wrestling picture.

Novelist and screenwriter Bret Easton Ellis, said by email that while he isn’t “doubling down exactly,” he’s “certainly not feeling as rushed or as under as much pressure as usual” to write.

But no one wanted isolation like this, with no breaks for meeting up with friends to commiserate and gripe. The Great Lockdown (still needs punching up) has robbed writers of our normal procrastination techniques — parties, coffee with friends, movies, the gym.

But those breaks can also be helpful, because they break up writer’s block and provide new inspiration. Guinevere Turner, who co-wrote the adaptation of Ellis’ American Psycho, as well as The Notorious Betty Page and Charlie Says, was supposed to be in New York City now, meeting friends, seeing a Broadway show and starting on her next project. Instead she’s home in L.A., where she feels distracted not by the outside world, but by the slew of news.

“I spend most of my time home alone writing anyway, so that wouldn’t feel like something new,” she emailed. “Finding it hard to focus enough to write. Too much new information to keep track of. Thinking of hooking a rug, so at least I have something to show for this time.”

She clarified: “Not kidding at all. Rug not metaphor. Am utterly capable of hooking a rug.”

What kind of screenplays will come from all of our Googling and writing in isolation? Perhaps a rom-com about a couple locked together because of coronavirus? Sorry, but it’s already been done: Writers and stand-up comedians Taylor Tomlinson and Sam Morrill have already knocked out seven online episodes of the coronavirus web series New Couple Gets Quarantined.

And you can bet someone, at this moment, is figuring out how to make the And the Band Played On of coronavirus movies, or the behind-the-scenes story of the White House’s attempts to respond. (Let’s be honest: It’s probably Bombshell director Jay Roach, the master of quick turnaround dramas.)

Hopefully the market won’t be too glutted with dystopian stories of viral infections, because when this is over we’ll all share the sense that we’ve seen that movie before, and didn’t care for it.

Chaganty and Ohanian, meanwhile, are the kinds of writers who have their finger on the pulse of society without even trying. Their film Run, which is currently scheduled to come out on Mother’s Day, is about a young woman desperate to get out of the house.