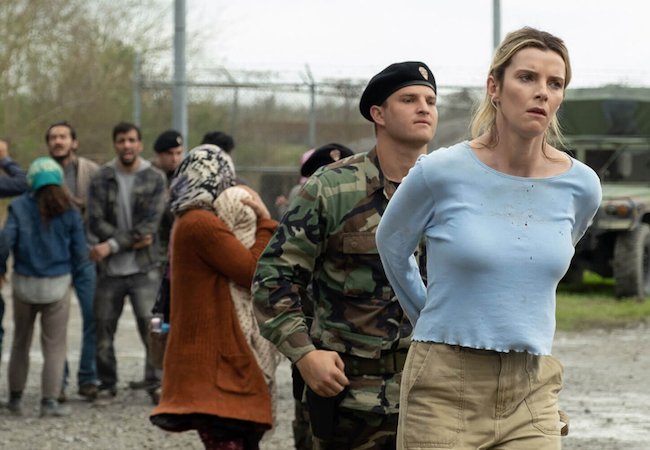 It’s sad for everyone that The Hunt, a movie that desperately wants liberals and conservatives to listen to each other in good faith, is being released just as a virus sweeps us from public spaces and drives us even deeper into the supposed safety of our digital echo chambers, where we cling ever more tightly to our respective conspiracy theories, muting voices with which we disagree.

We need to get out of those corners. Maybe The Hunt can help.

The Hunt isn’t an attack on conservatives, as many wrongly but somewhat understandably assumed when they learned, last summer, of its premise: a group of liberal elites hunt conservative “deplorables” for sport.

Universal backed down, temporarily, from releasing it, which perfectly illustrated the main point The Hunt is trying to make. Our discourse is suffering from our tendency to assume the worst possible motives of people we don’t know, before we’ve heard them out.

Now that The Hunt is on video on demand—after the coronavirus cut short its theatrical run— everyone can see that it’s far from an attack on the right. In fact, it’s an attack on anyone who assumes the worst about anyone else. The Hunt is a movie opposed to prejudice of all kinds.

Prejudice such as, for example, pre-judging a movie you haven’t seen.

The Hunt isn’t a liberal revenge fantasy. It’s a well-made, much-needed indictment of our collective need to constantly assert that we are good and everyone else is bad. We should, theoretically, be able to enjoy it regardless of our political beliefs. I watched it in deep-blue Boston, in a not-at-all crowded press screening, where we select Northeastern media elites laughed at the liberals on-screen much more than we laughed at the conservatives. It’s easy to do because the liberal characters in The Hunt are uniformly despicable, smug and certain in their self-righteousness.

They’re also hilariously prone to turning on each other, even as they hunt their deplorable prey. Once you’ve isolated yourself from everyone with Red State beliefs, you have only your friends left to attack. (See also: Twitter.)

The film doesn’t suggest anyone is good or bad because of their beliefs — it suggests that true evil lies in assuming the worst possible motivations of your adversaries, and even friends. It’s more a parody of cancel culture than conservatism.

Almost all of the characters in The Hunt have a cartoon-like certainty in their own, never-challenged beliefs, and a certainty that those who disagree with them are less human than they are.

I rooted for exactly one character in The Hunt, but the film playfully plays with our expectations as we discover who the lone admirable character is. Is it the elite liberal we meet early on, played by Glenn Howerton? Emma Roberts as a Tomi Lahren lookalike? Ike Barinholtz as a Staten Island firearms enthusiast? Betty Gilpin as the jaded Crystal?

I don’t want to ruin anything for you. But suffice it to say that director Craig Zobel has a lot of fun with the film rule that audiences tend to relate to any character we spend time with, whatever his or her motives. Like Zobel’s excellent 2012 film Compliance, The Hunt uses a simple setup to help us rethink everything we say and do.

Universal’s temporary cancellation of the film, written by Nick Cuse and Damon Lindelof, came after no less reliable an authority than the president of the United States opined last summer that it seemed designed “to inflame and cause chaos.”

Yes, The Hunt is indeed about a band of liberals who hunt Red State Americans. But taking that description at face value is as foolish as taking anything at face value, especially in a world where that person you’re arguing with might be a bot.

The conservatives who objected to the film last summer objected to the notion that anyone should be killed over ideas. And The Hunt would seem to agree: After all, it almost got killed itself.

The Hunt, directed by Craig Zobel, is now available on video on demand.