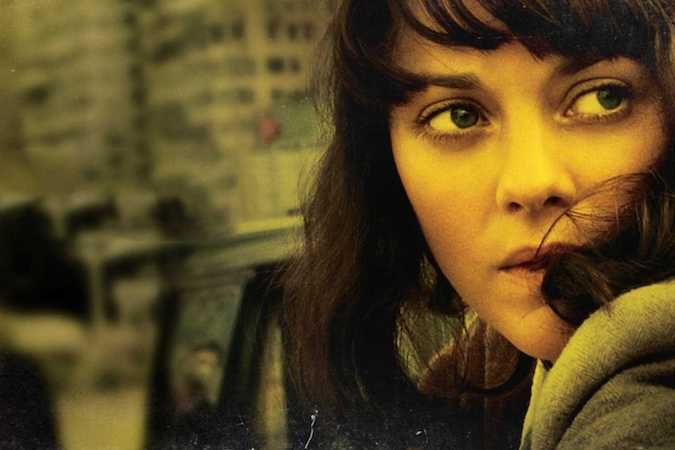 Since the coronavirus reached the United States, entertainment news outlets have looked for a way to cover the Story Everyone’s Talking About beyond the ubiquitous roundups of everything that’s cancelled. One of the most popular ways is by revisiting a movie from the past, like Contagion. These films may now seem, for the sake of countless articles, “oddly prescient.”

We’re not gonna do that.

As Contagion wisely observed in a tagline we’re all just ignoring, “Nothing Spreads Like Fear.” Have you looked at Twitter lately? It’s a disaster area in need of relief.

Also Read: The Hunt Opposes Prejudice of All Kinds. Of Course We Pre-Judged It

There’s a legitimate need for straightforward, unbiased, easy-to-follow news, like the kind provided by not-for-profit Associated Press, for example. But it’s being eclipsed by nonsense. There’s so much screaming, we can’t hear the calm people in possession of actual facts.

Contagion, good as it is, isn’t really going to help us at a time like this. Neither is Outbreak, or, God forbid, Chernobyl, in which clueless leaders take a head-in-the-sand approach to a much larger problem than the one we’re dealing with now, with horrific consequences.

I’m not one of those alarmists who think movies make us do things we wouldn’t do otherwise. I don’t think anyone has ever killed someone because they saw someone get killed in a movie, for example. But movies do subtly shape the way we think, mostly by creating the false sense that life follows a reliable narrative.

We all know how disaster movies work, right? There’s a pretty consistent structure. A small incident occurs. One person sees the warning and is ignored. Important evidence is presented to people in power, who ignore it, and try, in a nice way, then in terrible ways, to silence the person who represents the voice of reason. This person hits a terrible low, and breaks through the barricades to try to save the day. Things get even more hopeless. A map on a giant screen uses urgent red dots to show us the spread of the pathogens, or spores, or zombies. At some point, almost the whole screen goes red. And then… a miracle!

There are little things we know along the way: If a minor character has a nice emotional moment, and we suddenly feel invested in this person in a way we didn’t before, he’s gonna die. I go through life thinking constantly about this storytelling-invented phenomenon: If I get the last donut, and it feels like today is my day, surely I’ll be hit by a car.

We think these movie rules are the way things work in real life, because they have the validation of big stars, and large audiences, and repetition on TV.

But they started with some lady or dude sitting on the couch or a desk at five in the morning trying to sell a script, keeping in mind some solid screenwriting rules like Blake Snyder’s Beat Sheet. It’s great that they did that, and congratulations to them. I love movies.

But movies have an infectious impact on the way we see the world.  Handling an actual crisis isn’t about dramatically shouting at the mayor while riot cops drag you away. As great as Blake Snyder’s beat sheet is for screenwriting, in real life, we may never have an All Is Lost moment followed by a Dark Night of the Soul and then… when you least expect it… a miracle.

In real life, handling a crisis is boring. Can I offer a book recommendation to take your mind of things while you’re staying home from everything? Eric Larson’s terrific new The Splendid and the Vile says that when Winston Churchill became Britain’s prime minister, responsible for protecting his tiny island from the very real threat of Nazi invasion, one of the very first and absolutely most boring things he did was create a Ministry of Aircraft Production to iron out disruptions in the supply chain and locate missing parts. That’s the kind of boring thing that wins wars. But it would make for a terrible movie.

Unless you’re a scientist fighting the coronavirus, or a nice person giving money to reputable charities, these recommendations from the Centers for Disease Control and Prevention are probably all that you can do. (Bookmark that page — it’s the actual CDC website, not one of the fakes floating around.)

What did I learn from the CDC? To wash my hands for as long as it takes to explain the plot of Contagion, use a hand sanitizer that contains at least 60% alcohol, avoid contact with sick people, avoid touching my face, to stay home if I’m sick, and to cover coughs and sneezes. In other words, to do things I already try to do. But don’t believe me! I run a movie site. Check the CDC. (Here’s the link again.)

You may be thinking, “I already knew all this. What a waste of time.” I hope so. But a lot of people don’t seem to get it. Check Twitter if you don’t believe me.

But what we should do right now is what we do at movies: Watch, listen, keep talking to a minimum, and don’t believe everything we see. Also, keep your hands out of your face.